GAINESVILLE, Fla. --- University of Florida scientists believe they’ve found what could be the first biological control strategy against laurel wilt, a disease that threatens the state’s $54 million-a-year avocado industry.

Red ambrosia beetles bore holes into healthy avocado trees, bringing with them the pathogen that causes laurel wilt. Growers control the beetles that carry and spread laurel wilt by spraying insecticides on the trees, said Daniel Carrillo, an entomology research assistant professor at the Tropical Research and Education Center in Homestead.

But a team of researchers from the Tropical REC and the Indian River Research and Education Center in Fort Pierce have identified a potential biological control to use against redbay ambrosia beetles that could help growers use less insecticide.

First, they exposed beetles to three commercially available fungi, and all of the beetles died. Then they sprayed the fungi on avocado tree trunks, and beetles got infected while boring into the trunk. About 75 percent of those beetles died, said Carrillo, an Institute of Food and Agricultural Sciences faculty member.

UF/IFAS scientists don’t know yet how much less chemical spray will be needed to control the redbay ambrosia beetle. But Carrillo sees this study as the first step toward controlling the beetle in a sustainable way.

“When you want to manage a pest, you want an integrated pest management approach,” Carrillo said. “This provides an alternative that we would use in combination with chemical control.”

The redbay ambrosia beetle -- native to India, Japan, Myanmar and Taiwan -- was first detected in 2002 in southeast Georgia. It was presumably introduced in wood crates and pallets, and its rapid spread has killed 6,000 avocado trees in Florida, or about 1 percent of the 655,000 commercial trees in Florida. The beetle was first discovered in South Florida in 2010.

Most American-grown avocados come from California, with the rest coming from Florida and Hawaii. The domestic avocado market is worth $429 million, according to Edward Evans, a UF associate professor of food and resource economics, also at the Tropical REC, Florida’s avocados are valued at about $23 million, or about 5 percent of the national market.

The redbay ambrosia beetle is not an issue with California avocados, so the new tactic found by Florida scientists wouldn’t apply to this pest in the Golden State, said Mark Hoddle, a biological control Extension specialist with the University of California-Riverside. Hoddle studies biological pest control for California avocados. Scientists there are exploring ways to control a different ambrosia beetle, he said, and bug-killing fungi may be useful for the new California pest.

More than 95 percent of Florida’s commercial avocados grow in Miami-Dade County, although many Floridians have avocado trees in their yard.

The redbay ambrosia beetle feeds and reproduces on a very wide variety of host plants, native oaks, sycamores, and of course it is very detrimental to avocados.

The study, which also involved scientists from the U.S. Department of Agriculture Crop Bioprotection Research Unit in Peoria, Ill., was published online Nov. 30 in the journal Biological Control. 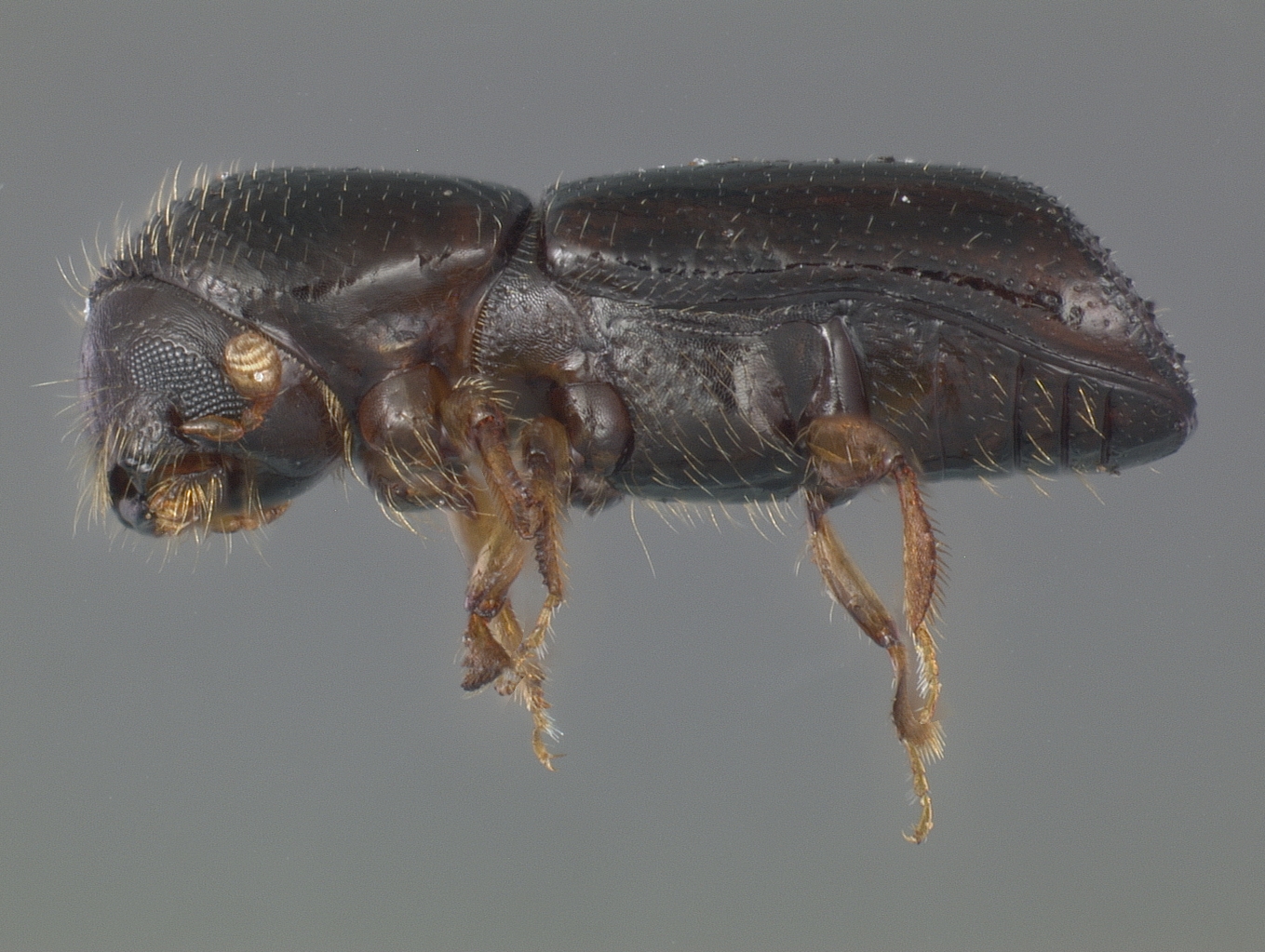