Aging in the Arctic: What if your age was defined by your wisdom? 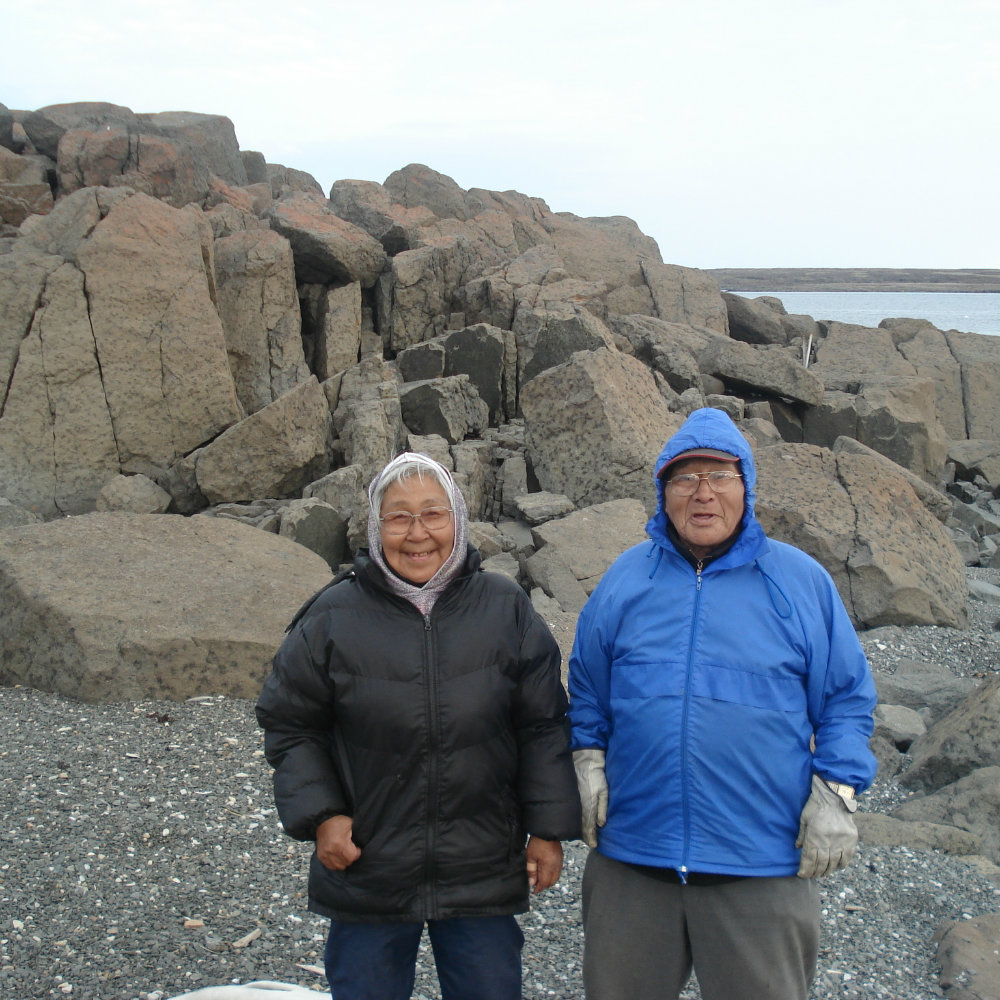 What’s one of the first things someone asks you upon being introduced?

In the United States, we tend to mark time in milestones, such as careers, ages and events that typically happen at different stages of life. We are 16 and can drive, 18 and can vote, by 40 well into our careers, by 65 looking to retire.

In the frozen Arctic of northern Canada, time moves differently. For the Inuit who live in the settlement of Ulukhaktok, age is not defined by a number.

“What comes out in mapping the [Inuit] life course is that there are a couple of things that really monitor the way people age and they have nothing to do with your family structure or what you do for a job,” said University of Florida anthropologist Pete Collings, associate chair for the department of anthropology in UF’s College of Liberal Arts and Sciences.

Collings has been working with the people of Ulukhaktok for the last 25 years. He has watched them grow, grown with them and even spent some time raising his child in the community.  He studies this town and these people to help them preserve their culture but also to share and personally apply the healthy perspective the Inuit have toward aging that is often lacking in the United States. The stages of life we typically attribute numeric qualities to – childhood, teenager, adult and old age – have a completely different timeline when they are dependent on knowledge and understanding, he says. 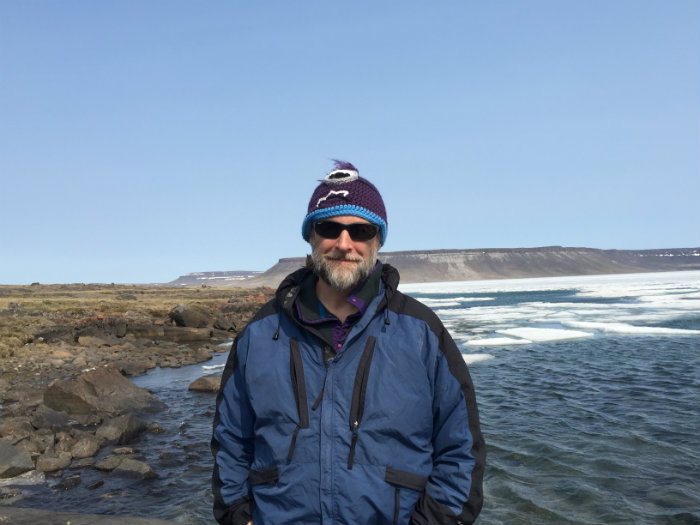 UF anthropologist Pete Collings is pictured above on the Canadian coast

“Moving through life is really defined by a concept they would call ihuma [ee-hoo-mah], which translates literally to thinking, but is probably better defined here as wisdom or knowledge,” Collings said. “So, for Inuit, passage through the life course is really predicated by your ihuma.”

Rather than rushing through a stage to a certain point, developing ihuma is a process and when people talk about that process they say, “it was like waking up from a dream.”

Childhood:
“Children don’t have it at all; little kids have no ihuma,” Collings said. “And from an Inuit point of view it’s silly to try to discipline little kids. Why would you bother? They have no sense.”

Inuit children are not disciplined, but rather left to their own devices until they are ready for more education and responsibility.

Adults decide when a child is ready for direct instruction because the child demands it — they pick up some furs and a needle and thread, and, after having watched their parent for a long time, decide to try it. The kids declare their own readiness to begin a new stage of life. 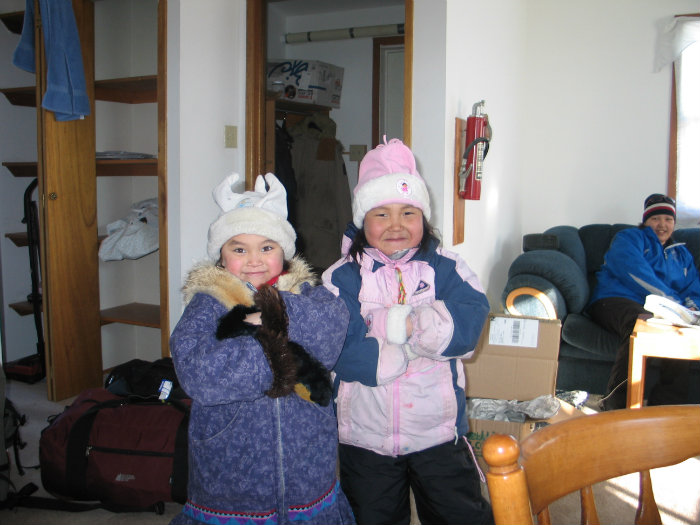 Two Inuit children play in a house in the village of Ulukhaktok.

Teenager:
The Inuit term for teenager translates literally to mean “becoming people.” Often times, that idea of becoming is incorporated into the broader concept during a young adult’s life known as inummarik [ee-noo-mahr-eek], which describes a genuine or real person.

So, what’s a genuine person? During the youth of an Inuit’s life they begin to see their interconnections with the community and environment around them and their responsibility to other people.

“If you can balance those relationships, that makes you a genuine person,” Collings said. “That’s the goal — to become inummarik. It’s not an endpoint, you never get there and plant the flag. But it’s an ideal that people seem to aspire to.”

Adulthood:
“If you ask the Inuit ‘When do you become an adult?’ they will say you pass into adulthood when you are fully developed and sit on committees,” Collings said. “When you have the sense to know you are part of the community and you need to be engaged and interacting with others, when that sense of interconnectedness grows.”

When your ihuma develops you move from one life stage to the next. Becoming recognized as an adult isn’t a set event that happens when you turn 18. The Inuit see it as more of a process – a whole series of smaller actions that add up. One enters the adult community when their elders see the ownership of responsibility being taken by the young adult.

Old age:
For the Inuit, getting older is not defined by failing health — the idea is that aging successfully is not about being healthy, but about your mental perspective on health as you get older, Collings said. He spent a lot of his time in the far north with elders who recognize that getting older means your body begins to fall apart. It’s just the way things are, so there’s no point worrying about it. Because perfect health as one ages is impossible, the Inuit understand that the attitude one has while aging defines that season of life.

Inuit seem to intuitively recognize that stress causes the body to become sick and break down.  So, one must avoid stress.

A “good sleep” is another thing Inuit fixate on and a frequent comment about how they’re doing. Comments such as, “I had really good sleep last night” can reference length and quality of rest, but also location: the Inuit agree that sleeping in a tent is always the best.

“At 50 these kinds of lessons really started to hit home for me, as now the back gets a bit sore now and then, a shoulder is bothering me while I’m swimming, and worry about my kids is keeping me up,” Collings said. “I think about the kinds of things the elders I’ve been closest to do and try and emulate that: understand there are limitations, but stay active, worry about what you can control, don’t worry about what you can’t control, and get a good night’s sleep.” 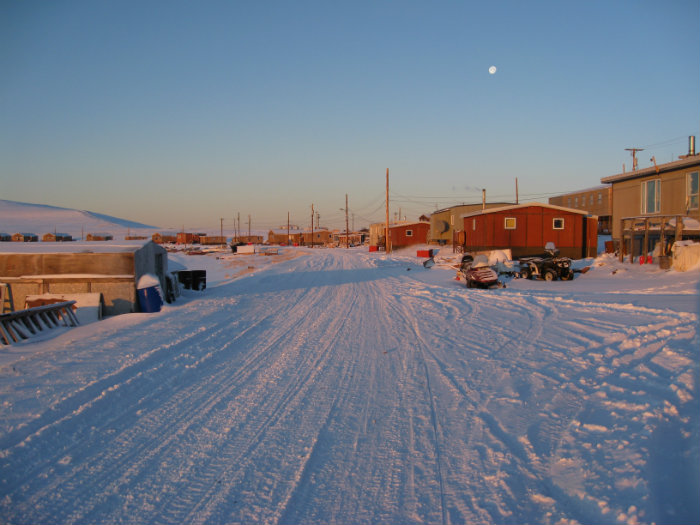 Pictured above is the Inuit village of Ulukhaktok at sunset.

For our far northern neighbors, the pace of time is a slower and more thoughtful process.

“Here, it’s all about I graduated, I have a job, I have status,” Collings said. “For Inuit, it’s I am part of something else that’s bigger than me and I am connected to that.”

How old would you be if you were defined by ihuma?

Have you woken up from a dream yet?