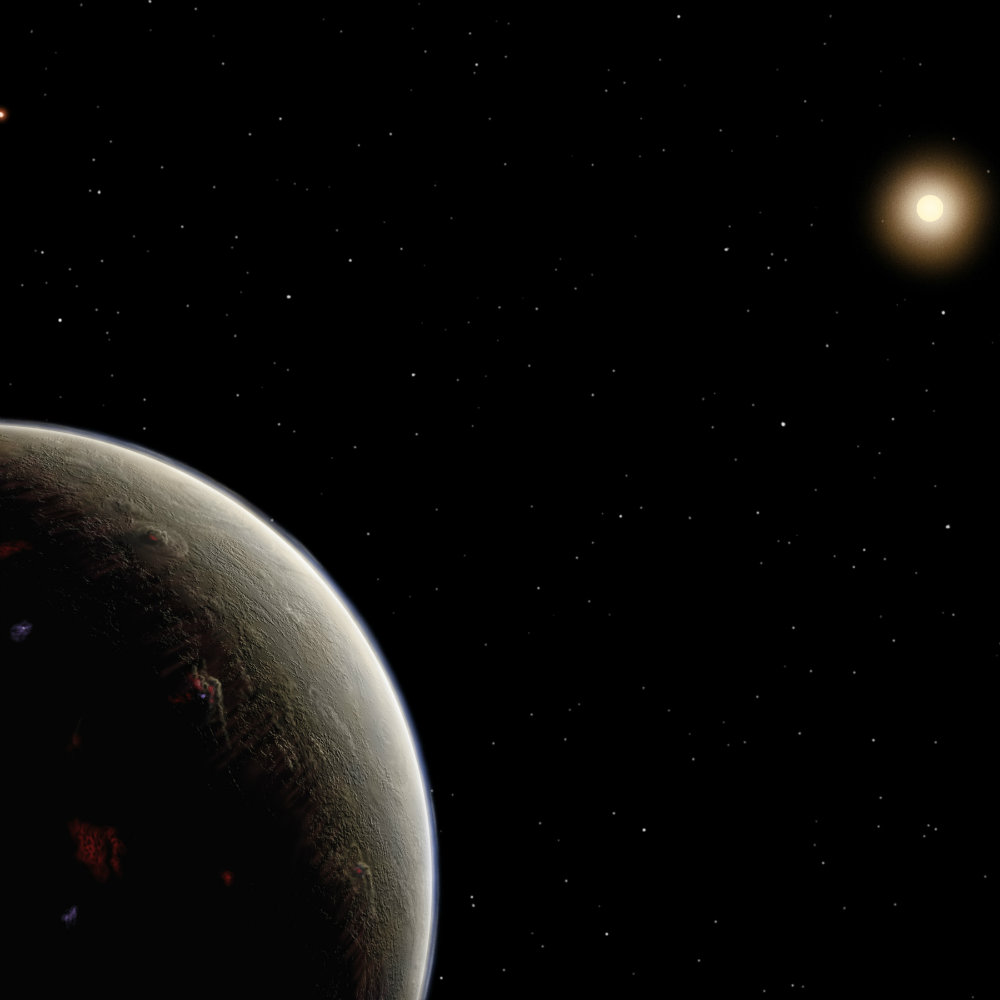 Among the TV series Star Trek’s many charms are its rich universe of characters and planets. Now, the Dharma Planet Survey, in a new study led by University of Florida (UF) astronomer Jian Ge and team including Tennessee State University (TSU) astronomers Matthew Muterspaugh and Gregory Henry, has shown that science fiction may be a little less so; the Dharma project has discovered what may be Star Trek’s famed planet Vulcan.

“The new planet is a ‘super-Earth’ orbiting the star HD 26965, which is only 16 light years from Earth, making it the closest super-Earth orbiting another Sun-like star,” says Ge. “The planet is roughly twice the size of Earth and orbits its star with a 42-day period just inside the star’s optimal habitable zone.” The discovery was made using the Dharma Endowment Foundation Telescope (DEFT), a 50-inch telescope located atop Mt. Lemmon in southern Arizona. The planet is the first “super-Earth” detected by the Dharma Survey.

“The orange-tinted HD 26965 is only slightly cooler and slightly less massive than our Sun, is approximately the same age as our Sun, and has a 10.1-year magnetic cycle nearly identical to the Sun’s 11.6-year sunspot cycle,” explains Muterspaugh, who helped to commission the Dharma spectrograph on the TSU 2-meter automatic spectroscopic telescope. “Therefore,” he adds, “HD 26965 may be an ideal host star for an advanced civilization.”

“Star Trek fans may know the star HD 26965 by its alternative moniker, 40 Eridani A,” says Henry, who collected precise brightness measurements of the star at TSU’s automated observatory needed to confirm the presence of the planet. “Vulcan was connected to 40 Eridani A in the publications “Star Trek 2” by James Blish (Bantam, 1968) and “Star Trek Maps” by Jeff Maynard (Bantam, 1980),” explains Henry. In a letter published in the periodical “Sky and Telescope” in July 1991, Gene Roddenberry, the creator of Star Trek, along with Sallie Baliunas, Robert Donahue, and George Nassiopoulos of the Harvard-Smithsonian Center for Astrophysics confirmed the identification of 40 Eridani A as Vulcan’s host star. The 40 Eridani star system is composed of three stars. Vulcan orbits the primary star, and the two companion stars “would gleam brilliantly in the Vulcan sky,” they wrote in their 1991 letter.

“Vulcan is the home planet of Science Officer Mr. Spock in the original “Star Trek” Sci-Fi series,” says Henry. “Spock served on the starship Enterprise, whose mission was to seek out strange new worlds, a mission shared by the Dharma Planet Survey.”

“This star can be seen with the naked eye, unlike the host stars of most of the known planets discovered to date. Now anyone can see 40 Eridani on a clear night and be proud to point out Spock’s home,” says Bo Ma, a UF postdoc on the team and the first author of the paper just published in “Monthly Notices of the Royal Astronomical Society.”

“This discovery demonstrates that fully dedicated telescopes conducting high-cadence, high-precision radial velocity observations in the near future will continue to play a key role in the discovery of more super-Earths and even Earth-like planets in the habitable zones around nearby stars,” says Ge. “I am very grateful to the donor of our Dharma Planet Survey, Mr. Mickey Singer, who recognized the importance of this project and has continuously provided support to make this and future discoveries possible.”