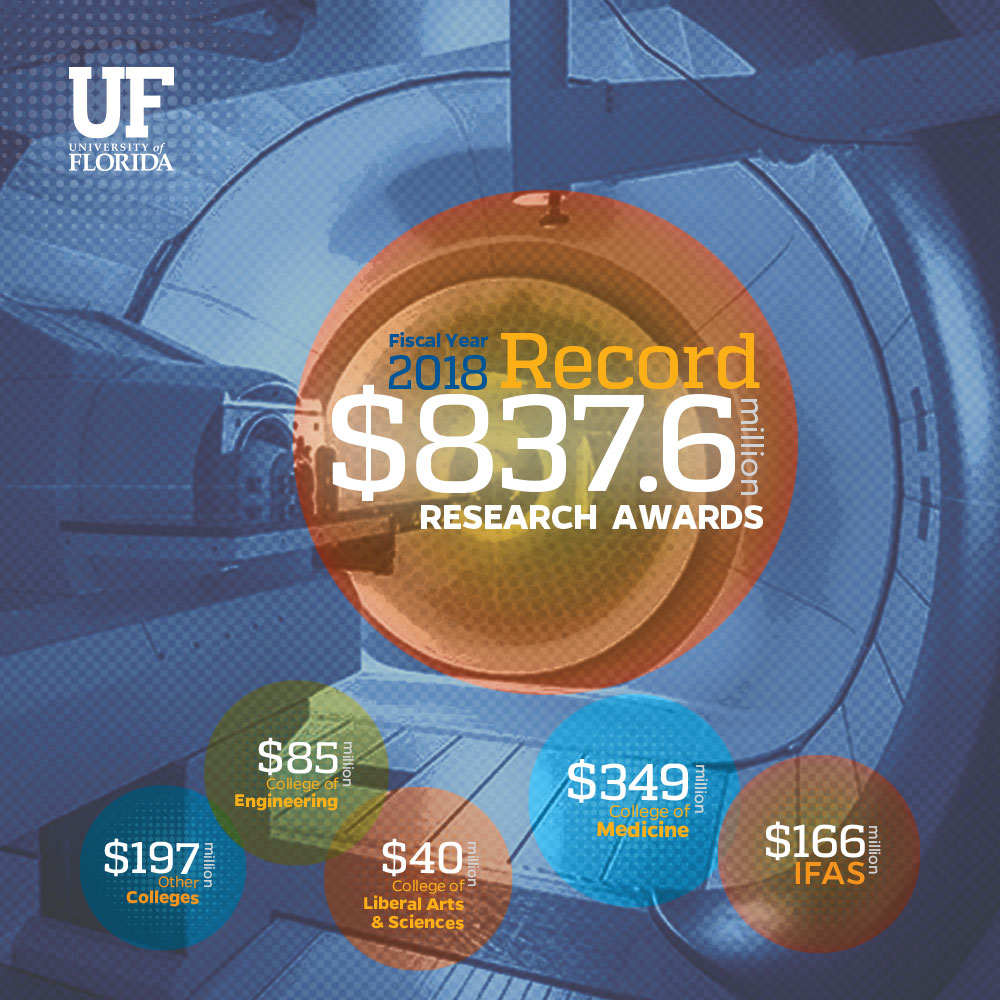 The University of Florida received a record $837.6 million in research funding in fiscal year 2018, surpassing the previous record set in fiscal 2016 by $113.6 million, or nearly 16 percent.

Funding from foundations and non-profits also surpassed all previous years with $128.6 million in funding. Industry provided $61 million and the state of Florida awarded $45.9 million.

“These record-shattering numbers reflect the growing prestige and reputation of the University of Florida as a research powerhouse,” said David Norton, UF’s vice president for research. “Each award represents targeted funding for UF faculty to advance the boundaries of discovery and knowledge in fields ranging from health care to engineering to understanding the fundamental nature of our universe. The record amount of total funding is also testament to the significant investment the state has made in UF over the past decade, which has enabled us to attract, retain and support outstanding research faculty across the institution.”

Norton estimated that the more than 120 research faculty hired since 2014 have brought nearly $200 million in awards to the university in that period.

UF had more than 100 awards of $1 million or more in 2018. Examples of the impactful research funded this year include: