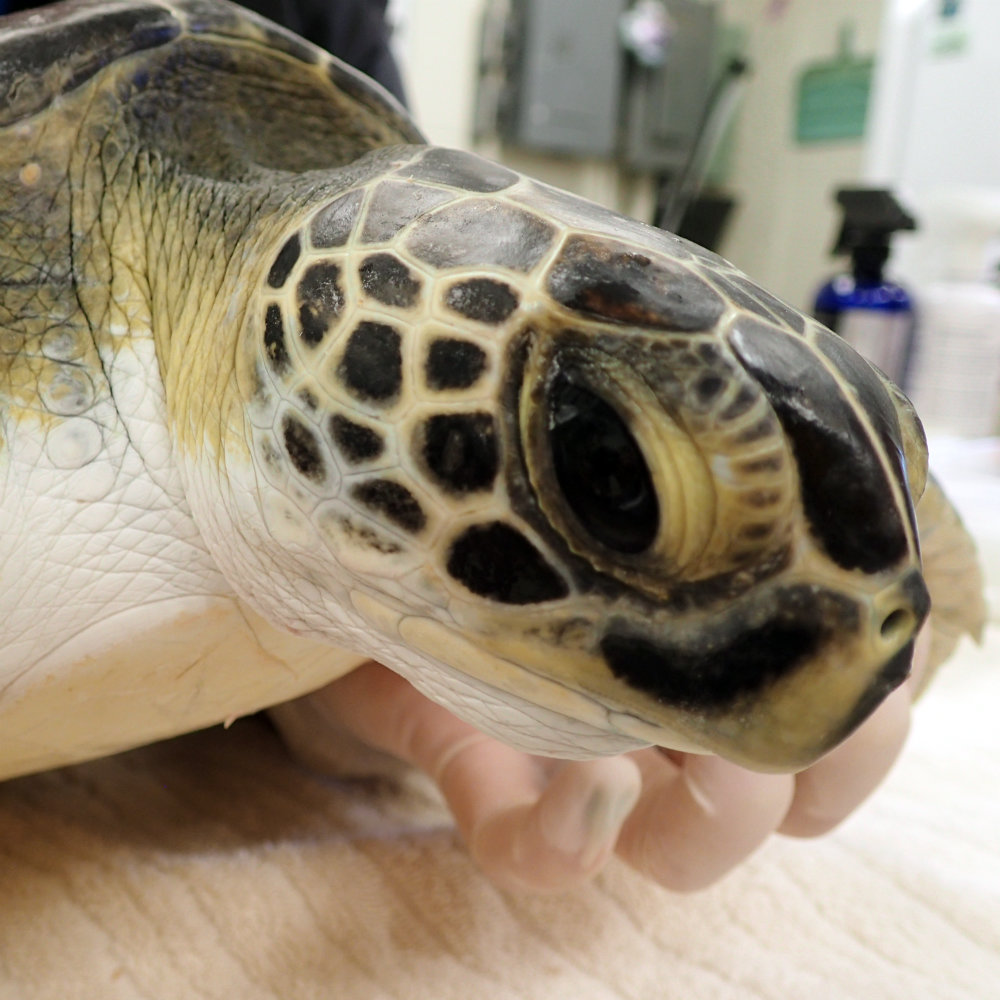 In fact, study researchers say sea turtles can survive their own tumors and help us better understand human cancers.

A disease called fibropapillomatosis has been rapidly spreading to sea turtles around the world. With this disease come large tumors growing on sea turtles’ bodies and, for some turtles, it can lead to death.

In a study appearing online today in Communications Biology, University of Florida researchers show that treating sea turtle patients with anti-cancer drugs dramatically reduces infected tumor regrowth. Study researchers revealed novel viral dynamics and clues about what is driving the spread of this disease, including a potential link between sea turtle tumors and prolonged exposure to ultraviolet (UV) rays.

Researchers made the discovery after they began studying the tumors' genetics to learn more about their biology and history in hopes of identifying treatments.

“During this research, we found that we had seen the same underlying genomic traits before – in human cancer types,” said lead author David Duffy, courtesy assistant professor at UF’s Whitney Laboratory for Marine Bioscience. “A better understanding of these tumors will help aid our studies into the factors driving any number of human cancer types.”

A green sea turtle treated for fibropapillomatosis tumors at the Whitney Laboratory.

See below for a Q&A with Duffy and study co-author Mark Martindale, director of the Whitney Laboratory.

What is most exciting about this study's findings?

The most exciting thing is being able to prove that we can indeed uncover the secrets and mysteries of these sea turtle tumors using human oncology techniques. It gives us the ability to quickly understand the disease and identify new ways of treating and rehabilitating turtle patients. Imagine the benefits of applying this kind of knowledge to other emerging wildlife diseases.

What key insights does this study provide?

Sea turtles around the globe are rapidly contracting this disease, so we need to understand how it is spreading so quickly and how to stop the tumors from growing. With human medicine techniques, it takes only a few tumor samples to make significant process toward combating both factors.

These same turtles are already endangered and face a host of other man-made problems, including pollution, oceans awash with plastic, entanglement, boat-strikes, and nesting habitat and coral reef loss. The last thing they need is a virulent cancerous disease. 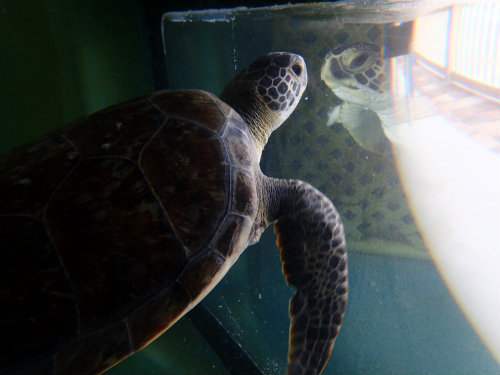 Can you talk a little about the methods and the technology you used?

After laser removal of some viral tumors, we took the RNA (DNA’s messenger molecule, which reveals the activity status of the genes) out and used our genomic technologies for sequencing. This gave us information on every gene present — millions of reads per sample of thousands of RNA transcripts.

Super computers identified differences in gene activity between the infected tumors and non-tumored tissue, revealing the genes responsible for driving the tumor growth. Through this we were able to seek out the vulnerabilities that could be targeted by human anti-cancer drugs and showed that the tumors we were studying closely resemble a type of human skin cancer called basal cell carcinoma.

This gave us insight into new drug treatments and hinted at UV exposure as a risk factor for the development of the disease.

Expanding our investigation of these tumors across a broader geographic area, outside of Florida, is next on the list, followed by expanding the number of anti-cancer drugs available to treat this disease.

We also plan to study tumor sub-types, such as treatments for turtles who harbor internal tumors. Currently these animals need to be euthanized, but if we can apply the genomic profiling to the internal tumors as well, we can identify anti-cancer drugs with which to treat those turtle patients.

Interestingly, we found the virus to be inactive in established tumors. This has prompted us to ask whether the virus plays a more prominent role in tumors formed in earlier stages.

Finally, there is a potential link between UV-exposure and tumor growth that we would like to study, specifically if altered exposure to UV rays could account for geographic differences between neighboring sea turtle populations.