Snagging card skimmers: UF, NYPD team up to stop them 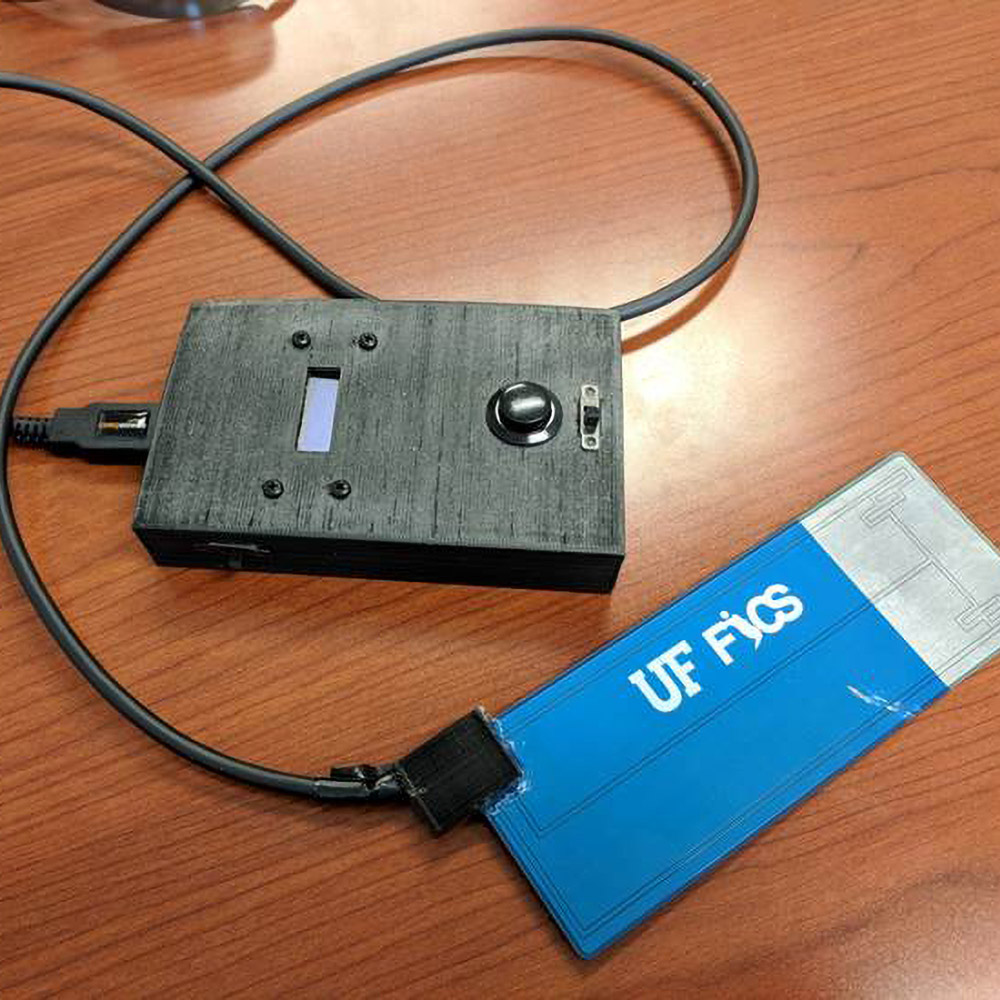 Credit card skimmers – electronic devices criminals stick on ATMs and gas pumps to secretly suck up your sensitive financial information – may have finally met their match.

University of Florida researchers have teamed up with the New York City Police Department’s Financial Crimes Task Force to deploy the “Skim Reaper,” a device that instantly detects the presence of a skimmer, allowing law enforcement and merchants to take action before the card's data can be stolen.

Real-world trials are already underway – UF built five detectors for NYPD, which is deploying them in all five New York City boroughs for field testing. Preliminary UF tests show the device is able to detect skimmers with high reliability. Consumers may be able to get their hands on one in six to nine months, and it may be small enough to fit in your wallet.

“Payment card skimming remains a popular crime, and attackers can easily get into the business using a few inexpensive parts purchased over the Internet,” said Patrick Traynor, co-Director of the Florida Institute for Cybersecurity (FICS) Research at UF’s Herbert Wertheim College of Engineering. Traynor helped develop the skimmer detector.

"In New York City, we saw a surge in ATM skimming in the past few years, as evidenced by the increase in devices recovered by our agency, the NYPD,” he said. “In 2015, we recovered 48 devices, and two years later that number had doubled to almost a hundred devices in 2017. Correspondingly, our arrests more than doubled for the same period, from 48 skimming-related arrests in 2015 to 134 skimming arrests in 2017.

“The big takeaway is that we're always seeking new innovative ways to tackle this growing crime type, and we welcome trying new tools that would aid us towards that goal."

Card skimming costs more than $2 billion a year globally in fraudulent charges, according to the website ATM Marketplace. Credit card skimmers come in two varieties: those that are placed inside a legitimate card reader – think of those security stickers on gas pumps showing they’ve been inspected and are clear of internal skimmers – and those that have their own card reader, known as overlay/insert skimmers.

Criminals can attach an overlay skimmer to an ATM, gas pump or in-store payment terminal in seconds, park nearby and collect data via Bluetooth as customers to use their cards. They often return a few hours later, retrieve the skimmer and leave unnoticed.

Overlay skimmers are far more common than the internal type because they’re easy for criminals to install and difficult to detect. It’s those overlay skimmers that the new detection device was designed to snag.

The skimmer detector prototype works like this: A plastic card the same size of a credit or debit card is inserted into the card reader. The detector inspects the card slot and alerts the user if the reader in unsafe.

In the real world, a consumer could simply insert the detector into the reader before using his or her own credit or debit card. The detector would immediately notify the consumer if something is wrong.

“While more-secure chip cards are becoming more common, their universal use, especially in ATMs and gas pumps, is likely years away,” Traynor said. “That means those old-fashioned swipe cards with the magnetic strips on the back will be around for the foreseeable future – along with their vulnerabilities.”

Until the skimmer detector is available to the public, law enforcement officials offer these tips for consumers to protect themselves:

“Vendors and law enforcement need better tools to protect this payment channel, said Nolen Scaife, a doctoral researcher who worked on developing the skimmer detector. “That’s precisely what this research has set out to accomplish, and we believe that this tool will go a long way in the fight against card skimmers while allowing payment terminal operators to continue leveraging their existing equipment.”