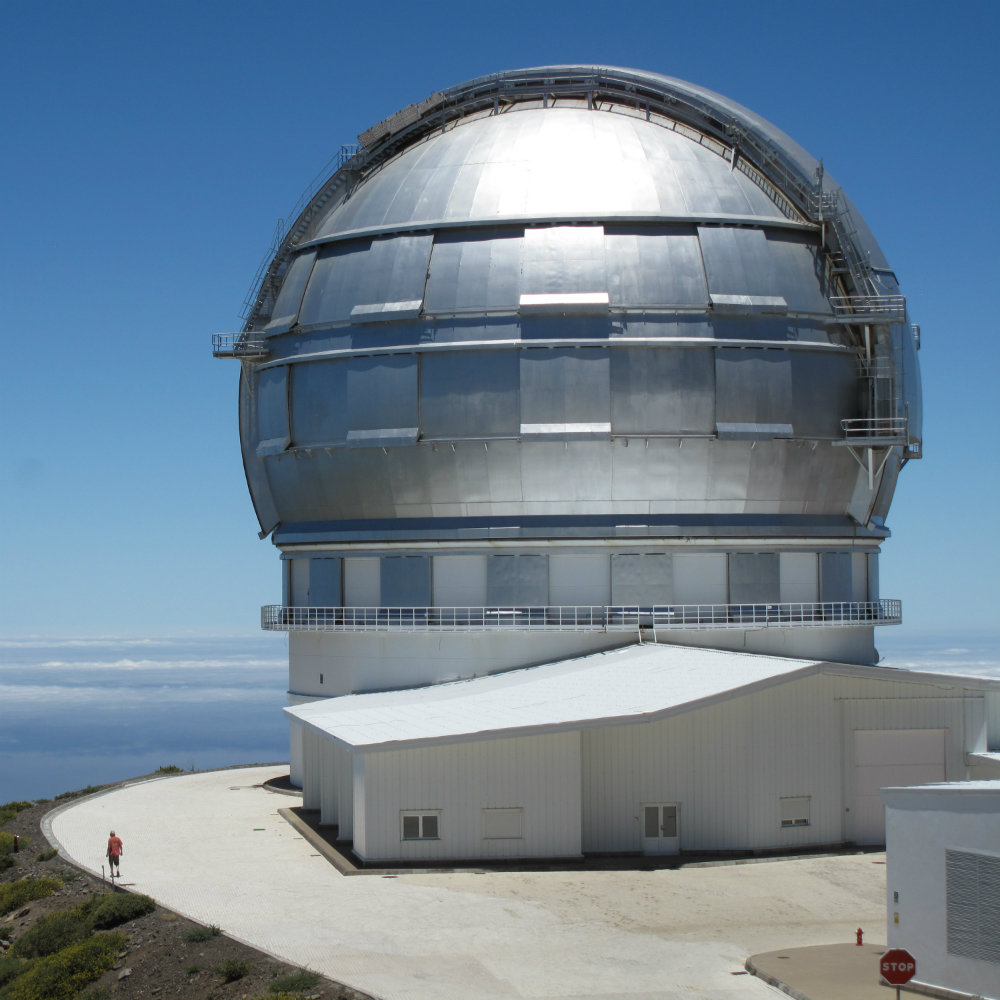 For the first time, astronomers have revealed a new high-resolution map of the magnetic field lines in gas and dust swirling around the supermassive black hole at the center of our Galaxy.

The team, led by Professor Pat Roche of the University of Oxford, created the map using the CanariCam infrared camera attached to the Gran Telescopio Canarias (GTC) sited on the island of La Palma in the Canary Islands, Spain. Their research will appear in the Monthly Notices of the Royal Astronomical Society.

University of Florida Professor of Astronomy Charles Telesco and his science and engineering team in UF’s Department of Astronomy built the CanariCam infrared camera that enabled the team to image the magnetic field. “Its polarimetry mode is the most capable anywhere in the world,” said Roche. “Combined with the light grasp and the quality of the images produced by the Gran Telescopio Canarias, it is revealing details of magnetic fields and cosmic dust properties in a range of astronomical objects.”

The GTC is the world’s largest optical and infrared telescope. It is operated by the Spanish government as part of the international partnership among Spain, Mexico, and UF. UF enjoys a unique collaboration with the GTC as the only educational institution in the partnership. This effort was spearheaded by Telesco when he came to UF from NASA in 1995. He said, “Our faculty, staff, and students have gained immensely from this international partnership, and it puts UF in the big-time class of universities with star-power observing facilities, a real mark of distinction in the astronomical world.”

The center of almost every galaxy appears to host a black hole, and the galaxy we live in, the Milky Way, is no exception. Black holes are super-compact objects with gravitational fields so strong that not even light can escape their grasp. Stars move around the black hole at speeds of up to 30 million kilometres an hour, indicating that it has a mass of several million times our Sun.

Visible light from sources in the center of the Milky Way is blocked by clouds of gas and dust. Infrared light, as well as X-rays and radio waves, passes through this obscuring material, so astronomers use this to see the region more clearly. CanariCam combines infrared imaging with polarizing optics, which preferentially filter light with the particular characteristics associated with magnetic fields. 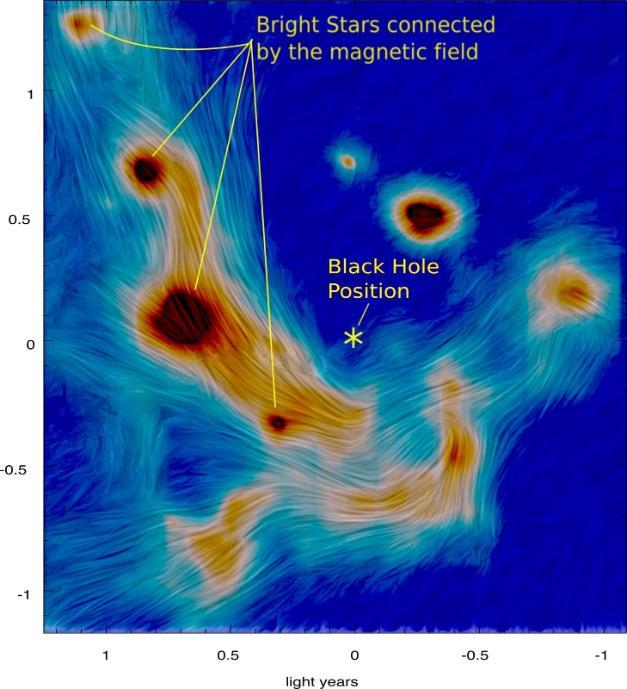 Centered on the supermassive black hole, the new infrared map covers a region about two light years on each side. The image shows the intensity of infrared light and traces the magnetic field within filaments of warm dust grains and hot gas. The magnetic field appears as thin lines reminiscent of brush strokes in a van Gogh painting.

The filaments, several light years long, seem to meet close to the black hole (at a point below the center in the image), and may indicate where orbits of streams of gas and dust converge. One prominent magnetic feature links some of the bright newborn stars in the center of the Galaxy together like pearls on a necklace. Despite strong winds flowing from these stars, the filaments remain in place, bound by the magnetic field within them. Elsewhere the magnetic field is less clearly aligned with the filaments. Depending on how the material flows, some of it may eventually be captured and engulfed by the supermassive black hole.

The new observations give astronomers more detailed information on the relationship between the bright stars and the dusty filaments. The origin of the magnetic field in this region is not understood, but it is likely that a smaller magnetic field is stretched out as the filaments are elongated by the gravitational influence of the black hole and stars in the galactic center.

Roche praised this unique technique and the result: “Big telescopes like GTC, and instruments like CanariCam, deliver real results. We’re now able to watch material race around a black hole 25,000 light years away, and for the first time see magnetic fields there in detail.”

Telesco, who has been building infrared instruments since his graduate days in the 1970s never anticipated exploring cosmic magnetic fields. “However, I understood even then how important such magnetic fields are in many of the most interesting astrophysical sources,” he said. “I just never thought an instrument that I would build could lead the world in this type of exploration. It still amazes me that it worked out.”

His international team is using CanariCam to probe magnetic fields in dusty regions in our galaxy and other galaxies, as well as in stellar and planetary nurseries. They hope to obtain further observations of the Galactic Center  to investigate the larger scale magnetic field and how it links to the clouds of gas and dust and newborn stars orbiting the black hole farther out at distances of several light years.