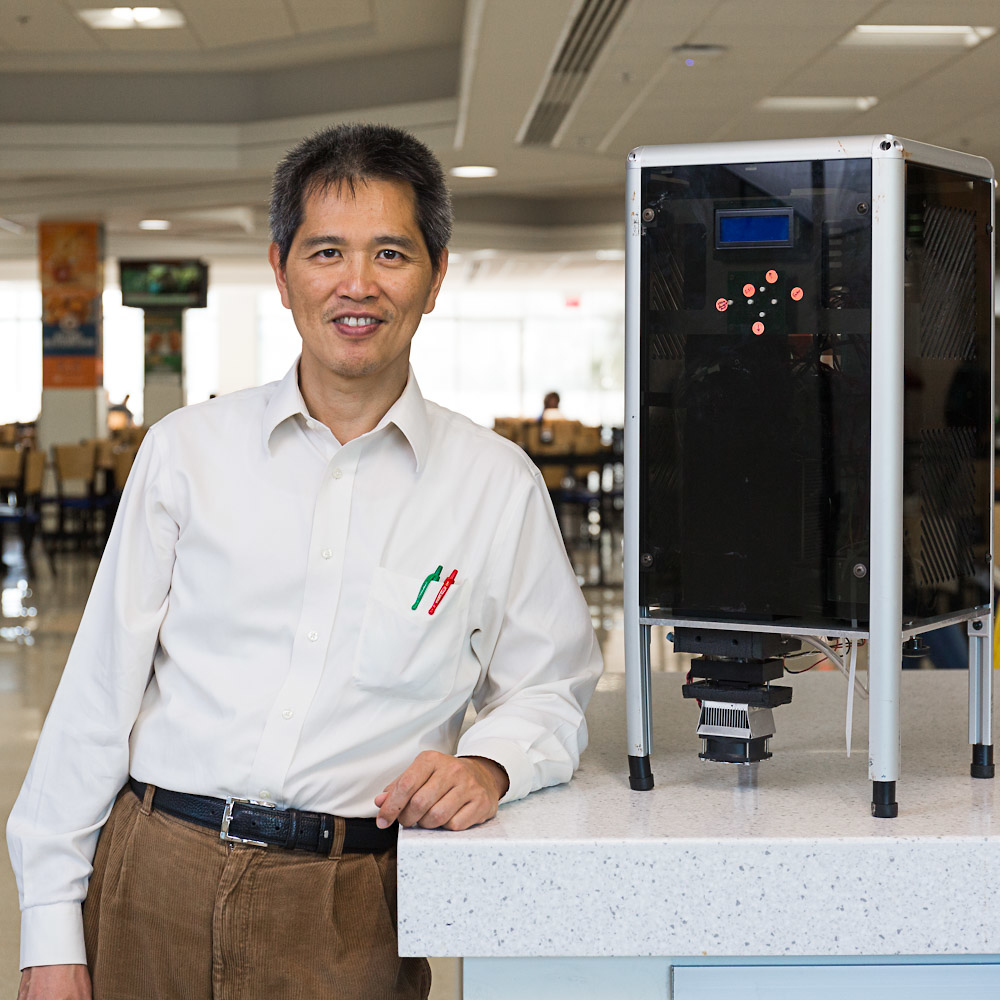 As one of the worst flu seasons in years continues to take its toll, new technology developed by a University of Florida research team comes at an especially timely moment: It’s the first air sampler that can consistently capture the influenza virus, making it up to 100 times more effective than existing samplers.

That early-detection capability can give health officials the extra time they need to put safety precautions in place, potentially spelling the difference between a small outbreak and a pandemic.

It could also thwart a biological terrorist attack, said Chang-Yu Wu, a professor and head of the environmental engineering department in UF’s Herbert Wertheim College of Engineering.

Wu, who heads UF’s Aerosol and Particulate Research Laboratory, said he became aware of the shortcomings of existing air samplers, typically deployed in large public places such as airports and state parks, about 10 years ago. The problem, he said, was that most samplers were designed to capture relatively large bacteria and other airborne particulate matter pollutants.

“Viruses are considerably smaller than bacteria, so those samplers are only about 10 percent effective at detecting viruses,” Wu said.

The puzzle was to figure out a way to make the virus bigger.

The trick, he said, turned out to be relatively simple: just add water.

Similar to cloud formation, Wu’s device condenses water vapor on the tiny virus particles as they enter the sampler to increase their size and capture them more effectively.

Wu’s device also can catch any respiratory viruses, including the current influenza A virus subtype H3N2 (A/H3N2) and help scientists, engineers and medical researchers to identify which respiratory viruses exist and pinpoint proper measures for controlling their spread.

Once Wu held the key to the sampling puzzle, he began researching air samplers then on the market to see which one could best realize the goal. He teamed up with a company called Aerosol Dynamics.

Wu is now partnering with UF colleagues Professor John Lednicky in the department of environmental and global health, and Professor Hugh Fan in the department of mechanical engineering. Fan develops the devices to ensure that the captured virus particles can be analyzed on the spot, while Lednicky grows the viruses and assesses their infectivity, developing a plan to better protect the public from upcoming airborne viruses that season.

The samplers, Wu said, could be widely available in time for next year’s flu season.