Why should you love squirrels? Here are six reasons 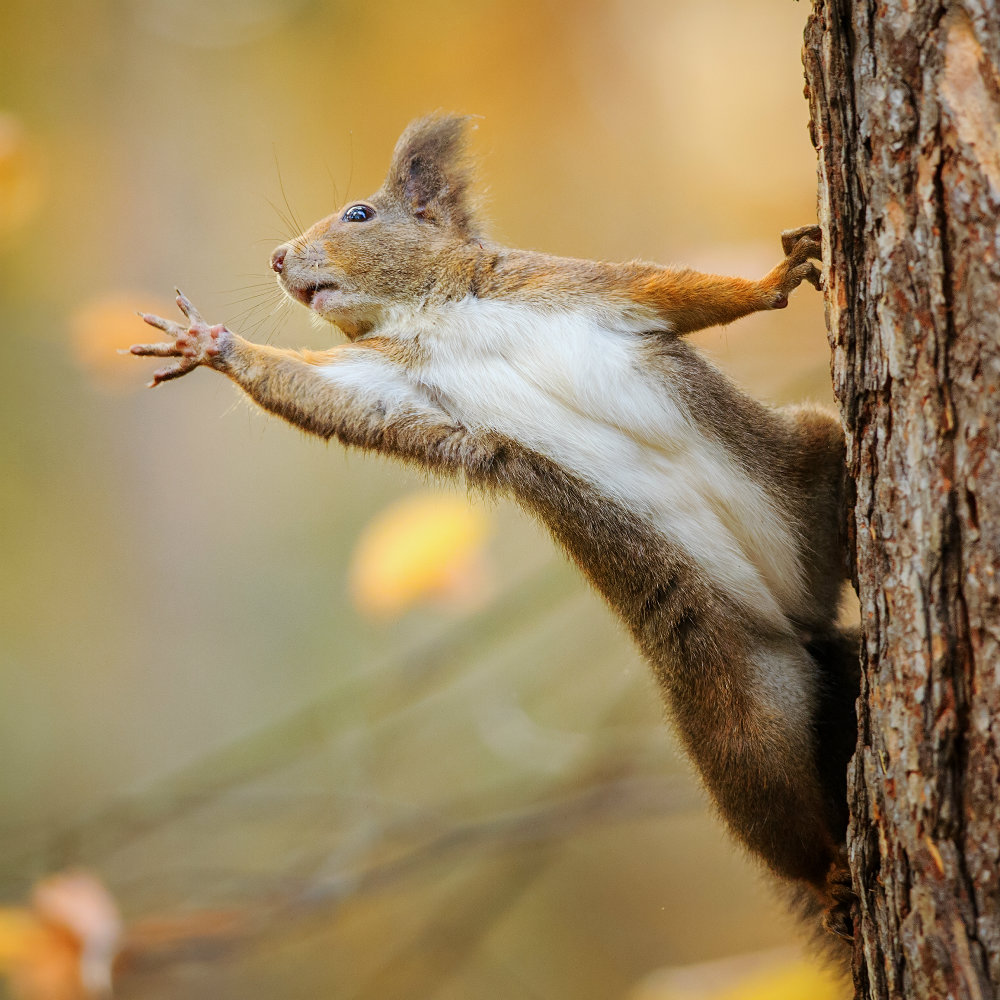 Squirrels often get a bad rap. They raid bird feeders. They can chew through just about anything. They dart out in front of cars.

But, while sometimes inconvenient for humans, this oft-labeled “nuisance” animal has a lot to offer, according to a University of Florida researcher who studies squirrel ecology.

“Squirrels are some of the most visible wildlife in our modern urban and suburban settings, and they are a vital part of the ecosystems they inhabit,” said Robert McCleery, an associate professor in the department of wildlife ecology and conservation in the UF Institute of Food and Agricultural Sciences.

So on this National Squirrel Appreciation Day, Jan. 21, take a moment to learn what’s fun, interesting and mysterious about these fluffy-tailed creatures, McCleery said.

“The reason they are chewing on things is because they have incisors — front teeth — that are always growing,” McCleery explained. “If they don’t chew on something, their teeth are going to grow into their lower jaw and skull.” To avoid that, squirrels will chew on anything that helps wear down their teeth.

2. They are nature's gardeners.

“Their biggest contribution to the forest is in shaping plant composition. They have a peculiar habit of taking seeds, which are their main source of nutrients, and burying them. They bury them throughout the environment, and often, when they go back and look for them, they forget where they are. When that happens, they are effectively planting seeds,” McCleery said.

Over time, this behavior, called caching, changes the composition of a forest.

“They will expand forests and change the types of trees that are there,” he said. In Florida, for example, they have an important role of maintaining the native long-leaf pine ecosystem, McCleery said.

3. They have some zany behaviors that are entertaining to watch.

Squirrels have some behaviors that may be puzzling to humans, McCleery said.

For example, if you see a squirrel rubbing its face on an acorn, that’s the squirrel marking the seed with its scent, increasing the chances it will find it later.

Ever see one squirrel in hot pursuit of another squirrel? That’s a mating chase, McCleery said.

“If you’re in your backyard, walking across a college campus or through a park, you might hear squirrels. They make a rolling chirping noise,” McCleery said. As they make that noise, they may also rapidly flick their tails over their heads.

All this is the squirrel’s way of saying, Back off!

They’ll often do this when another squirrel is nearby, McCleery said. Or, if they spot you walking your dog, which they see as a potential predator, they might go on the defensive.

“But if there isn’t another squirrel around and you’re not walking your dog, they may actually be making that sound at you. They are scolding you because you are near a tree they’ve utilized or are near some food resource, or you’re also perceived as a predator,” McCleery said.

5. There are many species of squirrel, and they come in lots of shapes, colors and sizes.

A third and smallest type of squirrel, the flying squirrel, is fairly common, though you’ll rarely see one, said McCleerly. That’s because this squirrel is nocturnal.

“But you can hear them,” McCleery said. “Just go outside at dusk, and listen for a high-pitched squeaking noise, which sounds like a screen door, coming from the tops of the trees.”

Flying squirrels get their name from the flaps of skin between their front and back legs. These flaps allow them to glide from one tree to the next. “That’s probably going on in your backyard tonight,” McCleery said.

6. They are full of mystery.

There is still so much that’s not known about squirrels, McCleery said. It’s one reason he never gets tired of studying them.

“One of the things we are trying to understand right now is why squirrels sometimes decide to eat a seed right away and other times decide to bury it,” McCleery said. Factors, such as how much nutrition is in the seed or how dangerous a location is, may be at play.