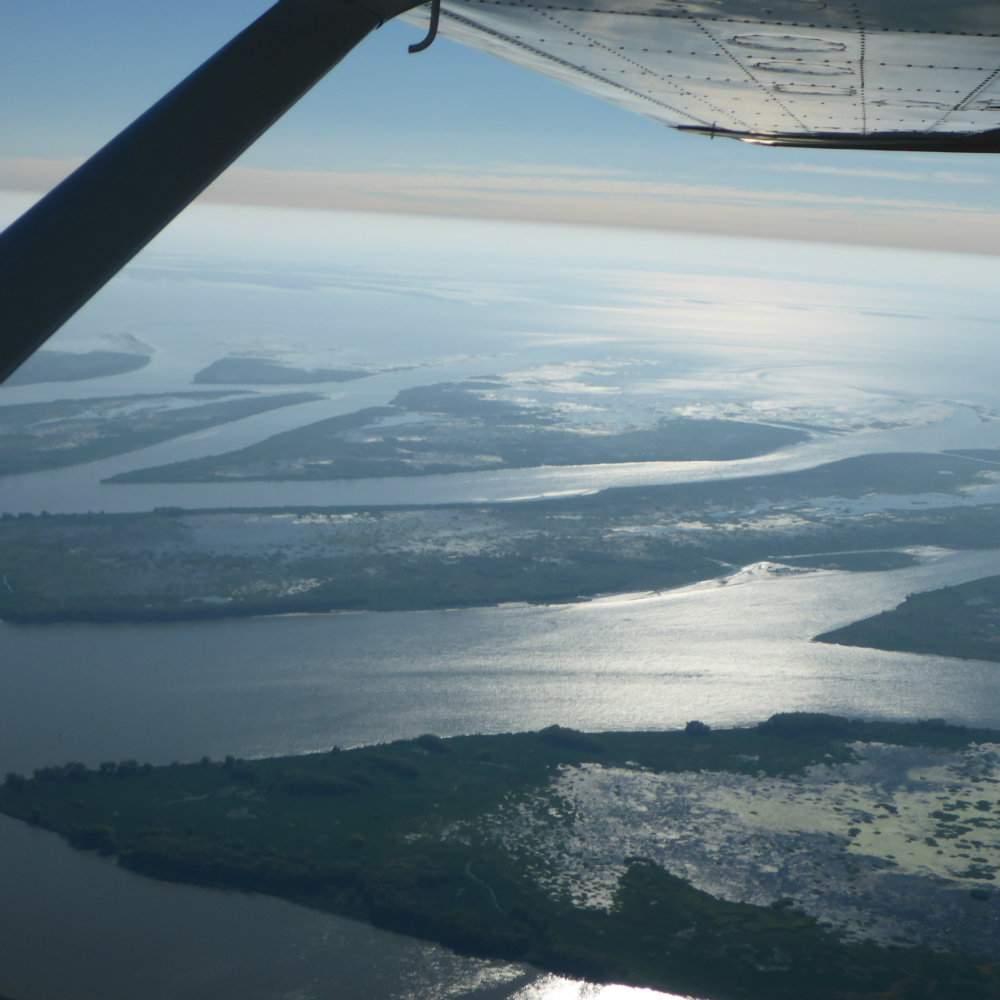 Researchers from the University of Florida have found that a delta of a distributary on the Mississippi River created by coastal engineering efforts may have the potential to build long-term sinks of greenhouse gases.

The carbon sequestration potential and guidelines for future engineering and restoration shown in the Wax Lake Delta (WLD) of Louisiana’s Atchafalaya River are described in a paper published today in Nature Geoscience by co-lead authors Michael Shields, postdoc in the Department of Geological Sciences, Thomas Bianchi, Jon and Beverly Thompson Endowed Chair of Geological Sciences, and David Mohrig at the University of Texas at Austin.

The WLD formed naturally after the initial river diversion was engineered, according to the study.

“We discovered that in a system losing land at a rate equivalent to one football field every hour, an engineered river diversion not only built land, but also buried carbon at rates comparable to, or greater than, that of the most efficient terrestrial carbon sinks of similar area,” Shields said.

The land-building accomplished by deltas can reduce atmospheric carbon, and therefore the greenhouse effect, by trapping the carbon in sediment. Careful engineering can divert sediment deposition in the context of other factors, such as storms, runoff and avulsion (when a river abandons its channel). Louisiana’s Coastal Master Plan aims to divert Mississippi River sedimentation into proper receiving basins.

The paper focuses on WLD, a subdelta, that has potential to create a blue carbon habitat (carbon stored in marine and coastal ecosystems). An effect of a diversion built in 1941 to reduce the Atchafalaya’s flooding in a nearby city, it has built about 35 square kilometers of new land. "Engineered river diversions that return sediment to wetlands and bays utilize natural processes to build land and bury carbon in new subdeltas,” explained Shields.

Delta studies must now accommodate a variety of anthropogenic factors, including reservoirs, levees, and subsurface fluid extraction. Delta restoration combines engineering and geological science to encourage continued sedimentation, which “buries” organic carbon, preventing it from returning to the atmosphere.

The researchers sought to measure total carbon storage within the entire delta deposit to account for carbon buried while the delta was still subaqueous (i.e. underwater). Many deltas are threatened by greater subsidence (subterranean sinking and caving) and relative sea-level rise compared to coastlines without deltas. Thus engineering efforts to expand carbon-sequestering habitats must accommodate total carbon sequestration in order to reduce atmospheric carbon.

“When considering the current problems we face with global warming and sea level rise, a greater understanding of how we can stabilize our coastlines and help preserve coastal wetlands is vital for our future,” Bianchi said.

The research was conducted with generous support from Bianchi’s endowed chair by Jon and Beverly Thompson, in collaboration with William F. Kenney of the Land Use and Environmental Change Institute, as well as the Louisiana Universities Marine Consortium.