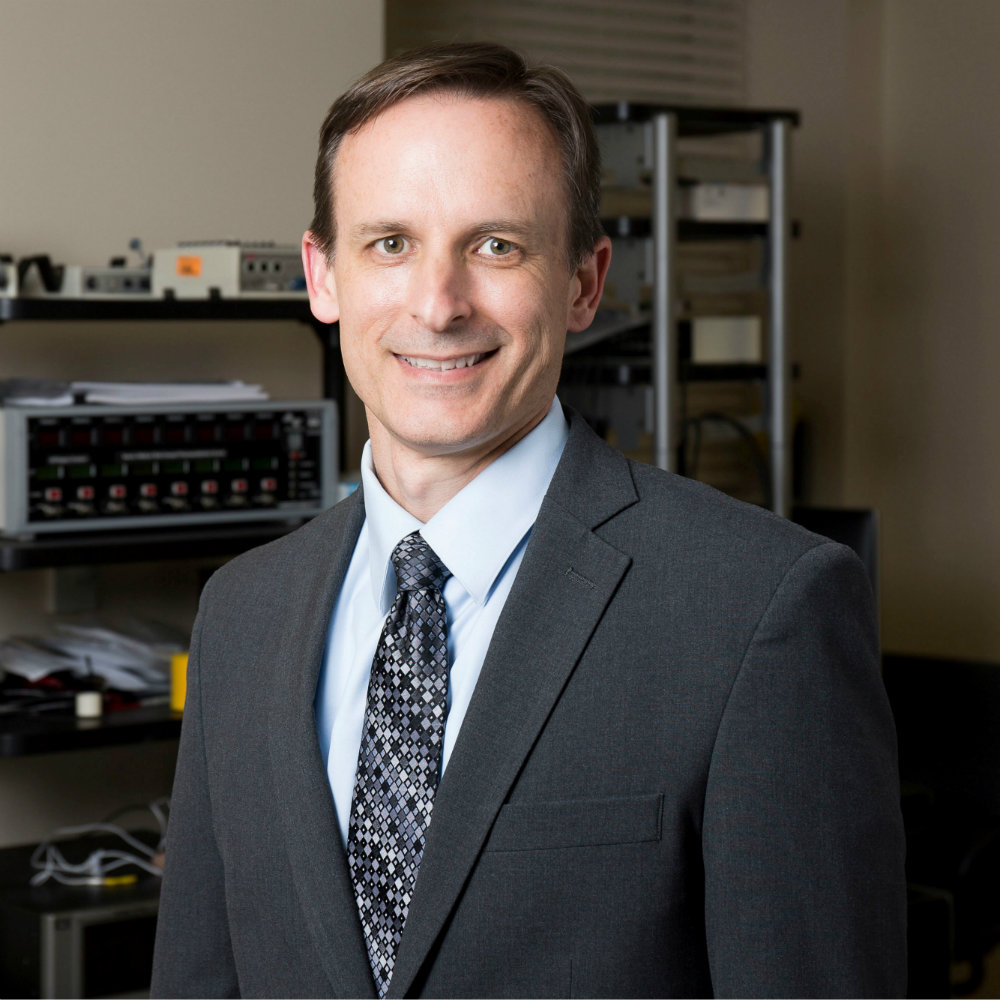 A newly discovered imaging biomarker could be used to track changes in the brain associated with the progression of Parkinson’s disease, findings that represent a significant advancement that could aid in development of new drugs to slow progression of the neurodegenerative disease.

The team of University of Florida neuroscientists who made the discovery has validated the finding in data collected as part of an international multicenter study published in the current issue of the journal Brain. The study shows that on diffusion MRI scans there is an increase over one year in “free-water,” or fluid unconstrained by brain tissue, in a part of the brain called the substantia nigra in a large cohort of more than 100 newly diagnosed, unmedicated Parkinson’s disease patients. This change is not seen in people without Parkinson’s.

Additionally, in a subgroup of Parkinson’s disease patients who have been followed for up to four years across Europe and North America, analysis of the diffusion MRI data revealed that free-water in the posterior substantia nigra continued to increase.

Use of this noninvasive biomarker tool could lead to new ways of testing treatment of the progressively debilitating movement disorder, said senior author Dr. David Vaillancourt, a professor of applied physiology and kinesiology in UF’s College of Health and Human Performance and a member of the Evelyn F. and William L. McKnight Brain Institute of the University of Florida.

“This could change the way studies are conducted for disease-modifying trials in Parkinson’s disease,” Vaillancourt said.

Until now, Parkinson’s disease has generally been diagnosed based on a patient’s symptoms.

Now, this could change.

Two years ago, Vaillancourt’s team published findings based on a type of MRI technique known as diffusion MRI that revealed changes in free-water in the posterior substantia nigra that are specific to Parkinson’s patients. Now, the team’s new study validates findings in data collected across 10 sites, from the Michael J. Fox Foundation for Parkinson’s Progression Marker Initiative database.

“To evaluate and validate an imaging marker, it is important to confirm results across data collection sites, and the Michael J. Fox Foundation database provides a unique opportunity to do that,” said lead author Roxana G. Burciu, Ph.D., a research assistant professor. The database provides a collection of clinical, imaging and biological data available for researchers to use in order to advance knowledge on Parkinson’s disease.

A key finding of the new study is that results were consistent across sites. Another important finding is that the one- and two-year increase in free-water in the posterior substantia nigra predicts long-term progression of disease symptoms.

“We found that the increase in the free-water measurement in the substantia nigra goes up every year and keeps going up over four years,” Vaillancourt said.

'This means if you want to start designing studies to slow the progression of Parkinson’s disease, testing a drug on that measurement in the substantia nigra might be a good way to go. If the measurement in the substantia nigra is increasing year after year after year, and if you can stop that from occurring, you’re likely to slow or possibly stop the progression of the disease,” he said.

“This has never been shown before,” Vaillancourt added.

The study also found that the increase in the free-water measurement over one year’s time predicted a patient’s four-year clinical change in motor function.

“It suggests if you were able to control that measurement with medication as early as possible, then you could control long-term clinical progression,” Vaillancourt said.

“This finding is a potential game changer as it could shift the way Parkinson’s disease clinical trials are designed and conducted,” said Dr. Michael S. Okun, a professor and chair of neurology at the University of Florida and medical director for the Parkinson’s Foundation. “Free-water is a validated measurement that will likely decrease the number of patients required to demonstrate the slowing of clinical progression.”