Male jumping spiders court whomever, whenever, but females decide who lives, dies 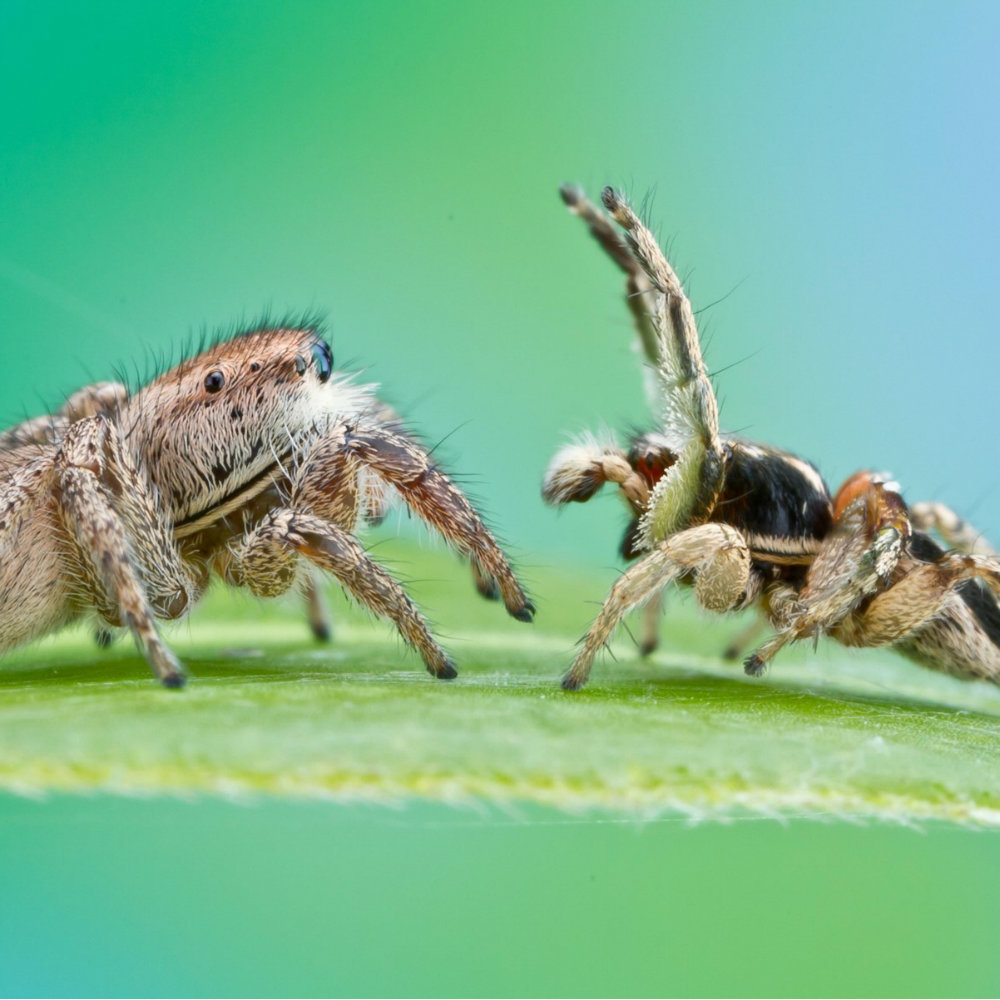 Male jumping spiders will try to mate with any female, but that lack of discretion could cost them their lives, says a University of Florida Institute of Food and Agricultural Sciences researcher.

In a newly published study, UF/IFAS entomologist Lisa Taylor and her team documented the courting techniques of jumping spiders. They found that male spiders spend much time and energy — including singing and dancing — trying to mate with potential females, even when these females are the wrong species.

“We think that one reason these displays have evolved in male jumping spiders is to compensate for the fact that they can’t tell females of closely related species apart,” Taylor said. “Males run around courting everything that looks remotely like a female, and they place themselves at a very high risk of cannibalism from hungry females of the wrong species who have no interest in mating with them.”

For the study, scientists searched for spiders along the shores of a river in Phoenix, Arizona. When they found one, they watched and recorded everything it did, using a voice recorder. If it was a male, they monitored how many other females he encountered, which species and whether or not he tried to court them. If it was a female, they recorded how many males and which species tried to court her.

They also documented whether males were attacked or eaten by females.

Taylor thinks that a male’s colorful courtship dance allows him to identify himself to a female from a safe distance. These displays likely allow females to tell the males of different species apart. Then females can decide what action to take while the male is still a safe distance away.

“This study provides some new insight into the age-old question of why males go to such ridiculous lengths to impress females,” Taylor said.

Lisa Taylor assisted in the making of a recent episode of National Geographic WILD's Untamed with Filipe Deandrade.

In jumping spiders, the answer might be that these colorful displays let males identify themselves to females without being eaten, she said.

The females of many species look a lot alike, and males don’t seem to have a good way to tell them apart. But the males of most jumping spider species look different from one another, so females make the decisions. The male strategy seems to be to court anything that looks remotely like a female and hope for the best, Taylor said.

Jumping spiders are commonly found in residential backyards, and most people don’t even know they’re there, Taylor said, much less that the male spiders are singing and dancing. 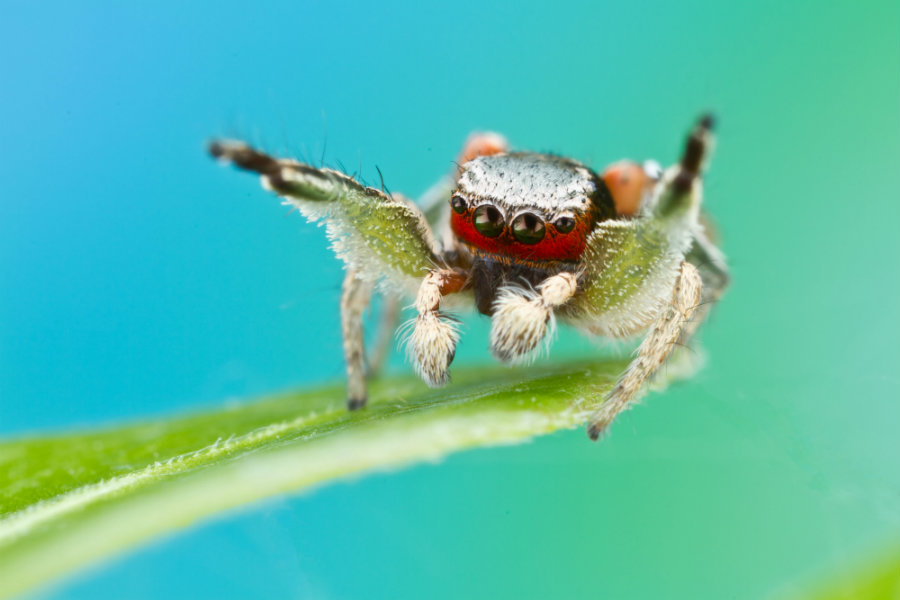 “People might be interested to know that their yard is teeming with confused, but adorable, male jumping spiders that are running around singing and dancing for every female in sight and that these males spiders are pretty clueless about how to find the right species of female,” she said.

The study is published in the online journal PLOS ONE.