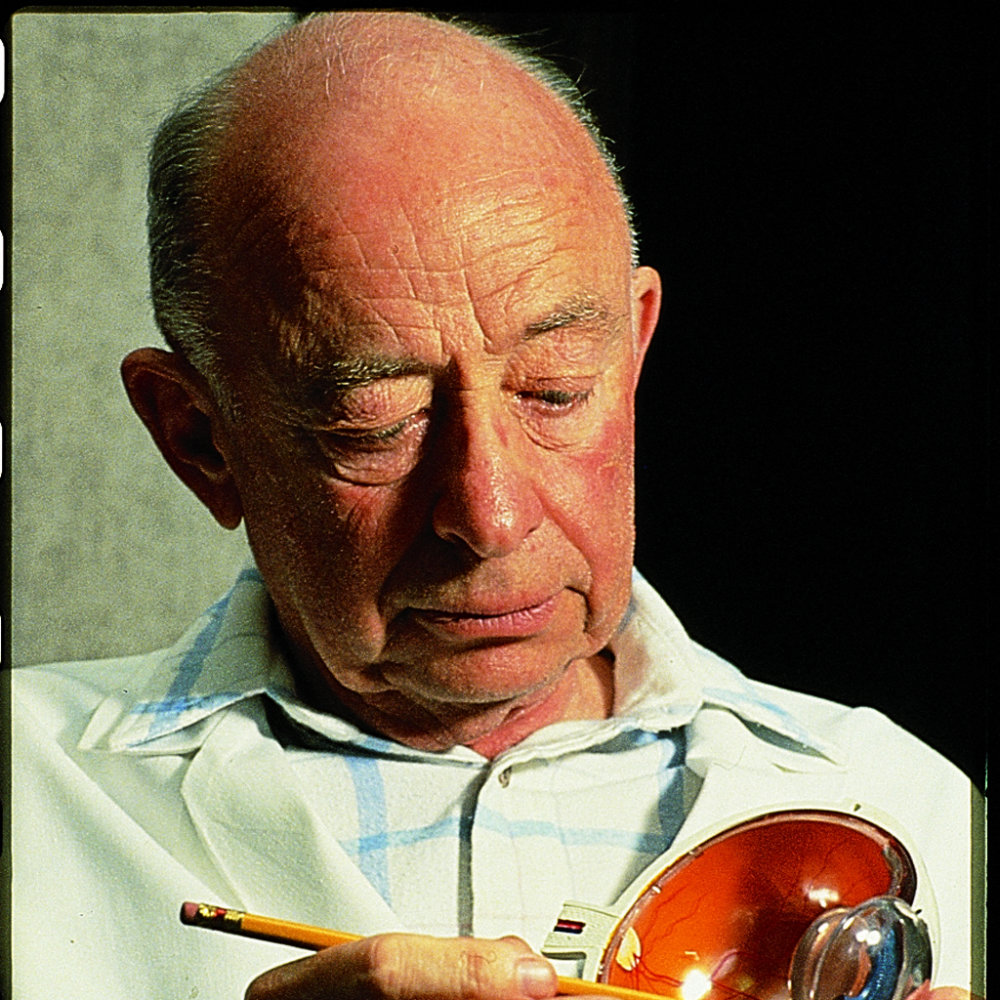 Dr. Thomas Maren, a founding father of the University of Florida College of Medicine whose four decades of basic scientific research led to the development of a top-selling drug for glaucoma, has been inducted into the Florida Inventors Hall of Fame

Maren arrived on the UF campus in 1955 and continued working as a graduate research professor until months before his death at the age of 81 in 1999.

Maren gained international recognition for his pioneering investigation of an enzyme called carbonic anhydrase and its role in fluid production and flow in the eyes, brain, spinal cord and lymph system. In 1995, his years of collaborative research with scientists at Merck and Company resulted in an eye drop for glaucoma called Trusopt which worked without many of the side effects of earlier oral medications, such as fatigue, anorexia and numbness in the extremities.

“I began working on developing a drug that could be given as drops rather than by the mouth,” Maren said in an oral history interview. “That was the big advance. That might not sound like a very big deal, but for 25 years it was regarded as an impossibility. That dogma was that a drug of this type had to be given orally. We showed that this was incorrect, hence the success of Trusopt.”

Dr. Jeffrey R. Martens, the Thomas H. Maren Professor and chair of the UF Department of Pharmacology and Therapeutics, wrote in a letter supporting Maren’s nomination to the Hall of Fame that “the impact of these funds, both in terms of scholarship development and continued research opportunities, cannot be underestimated.”

“The University of Florida, the state of Florida and the world have benefitted from the invention and success of Trusopt and each will continue to benefit from the legacy of Dr. Maren’s work and the Maren Foundation far into the future,” Martens wrote.

David Day, director of UF’s Office of Technology Licensing, noted in his letter nominating Maren to the Inventors Hall of Fame that Maren valued highly his role as a teacher and research mentor.

“His work at UF involved his mentoring of young doctors and researchers within the institution, who then carried their expertise to their patients and research labs in Florida and indeed around the nation,” Day said.

Maren will be inducted into the Florida Inventors Hall of Fame at a ceremony in September.