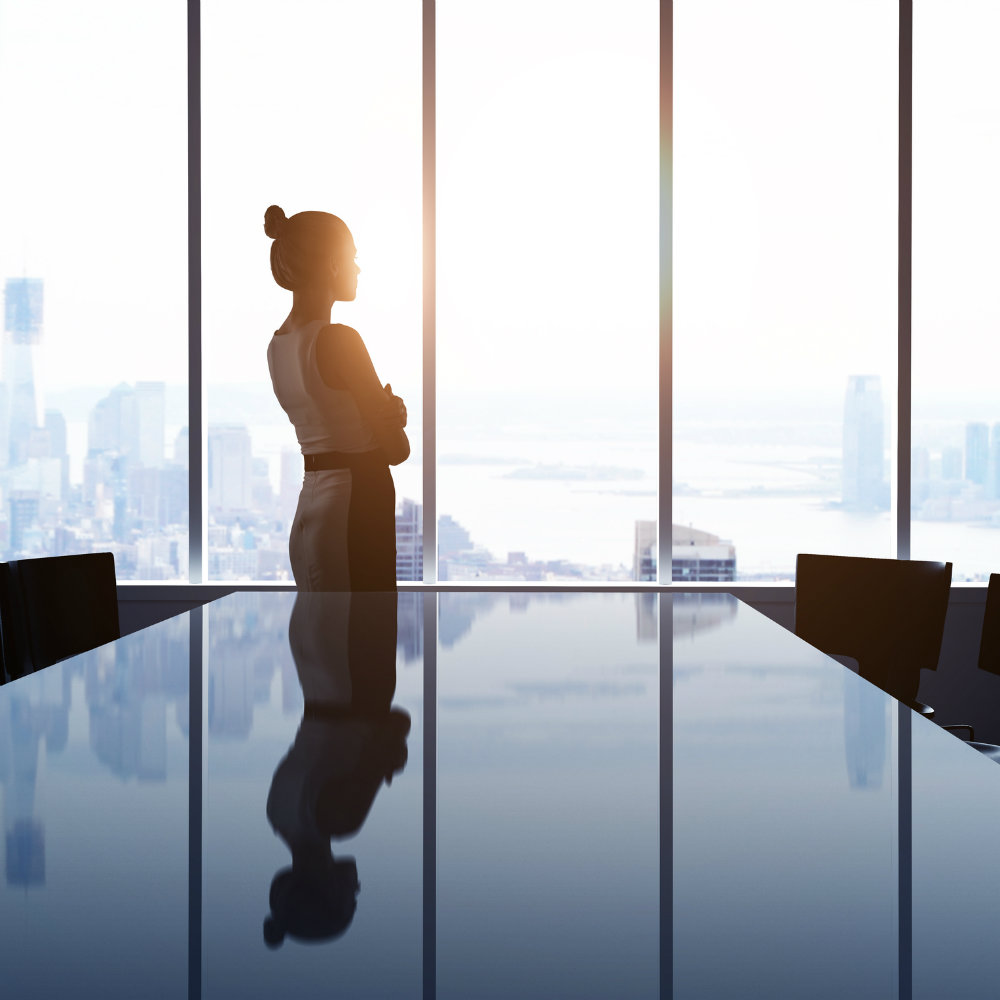 Warrington College of Business professor Joyce E. Bono and Ph.D. student Elisabeth Gilbert write that while Hillary Clinton’s popular vote win shows progress toward gender equality, Trump’s nomination of just three women to his Cabinet is a reminder of how much work still needs to be done to overcome bias in management.

With the first U.S. presidential election featuring a major party female nominee in the rear-view mirror and her male rival about to take the presidential oath, now is a good time to examine the progress women have made toward gender equality.

First, the good news: While Clinton lost the election, she still won the popular vote – by almost three million votes, in fact. About 66 million Americans affirmed that a woman is fit to lead one of the world’s most powerful nations.

In addition, women now account for 51 percent of management, professional and other high-wage occupations in the U.S., and research shows they perform slightly better than men at work. Some analysts argue that once women’s career choices, such as taking time off or opting for flexible hours, are considered, the male-female pay gap disappears.

Does this mean the glass ceiling has been broken?

Well, not so fast. Now the bad news.

Fewer than 5 percent of Fortune 500 CEOs are women, while Donald Trump has nominated just three women to join his 15-member Cabinet. In addition, women who seek power are still met with skepticism – or worse – by many.

Clinton’s gender, for example, was seen as a barrier to her candidacy. When interviewed by PBS Newshour during the campaign, a 20-year-old clerk said, “With a man, you look for leadership and guidance. With a woman, you look for companionship and nurturing. A motherly role.”

Clearly, there’s more work to be done, as evidenced by the fact that hundreds of thousands of Americans plan to attend the Women’s March on Washington to advocate for the equitable treatment of women.

Our own recent research shows just how complicated perceptions of men and women can be. Using data from nearly 50,000 managers, we asked the question of whether organizations punish women who do not conform to expectations that they be nurturing, kind and communal. The results reveal one way that persistent gender stereotypes continue to hold back the careers of women.

In our study, titled “Dropped on the Way to the Top: Gender and Managerial Derailment” and published in Personnel Psychology, we wanted to learn how gender biases affect managerial assessments.

To better understand this, we obtained ratings from managers’ bosses on their job performance. But we also looked at another type of rating: assessments of how likely it was that the managers would “derail” in the future.

In business, derailing means that someone has hit his or her ceiling in the organization but was expected to go higher. Picture someone who started on the executive fast track but stalls out as a middle manager and “doesn’t have what it takes” to get the next promotion.

Our data showed that men’s and women’s performance ratings were equal and that women, as a group, were slightly more effective in their interpersonal behaviors than men. But when a female manager wasn’t so good with people, she was 17 percent more likely than a male manager with the same level of people skills to be evaluated as a derailment risk.

In other words, bosses viewed ineffective interpersonal behavior as a bigger problem for women than for men – big enough that it disproportionately limited their odds of getting ahead.

To see if gender was truly the cause of these effects, we conducted an experiment.

We created a managerial feedback report for a fictional manager named Jason, a generally effective midlevel manager who met his business goals but also had some difficulty getting along with others at work and needed to get better at building a team. We duplicated that report, keeping all the details exactly the same except the gender of the manager, now named Jennifer.

We gave these reports to real managers, who were randomly assigned to read and evaluate either Jennifer’s or Jason’s report. Our findings confirmed the original results: Jennifer and Jason were rated equally on their job performance, but Jennifer was rated as a significantly higher risk for derailment.

To better understand the consequences of derailment risk for managers, we conducted another experiment. We asked managers what they would do if Jennifer or Jason were their subordinate. Results showed that when a boss thinks a manager might derail, critical resources are withdrawn.

Bosses were less likely to coach or support managers at risk of derailing. Even worse, though, they were less willing to provide sponsorship – to use their influence to help the manager advance. This is especially harmful for women because they remain underrepresented in the C-suite, making a powerful sponsor even more important as they make their way up the career ladder.

This hits women with a “double whammy”: They’re more likely than men to be perceived as derailment risks, and they’re hit harder than men by the consequences of these perceptions.

Why are poor people skills such a killer for female managers?

It is because expectations for effective interpersonal behaviors differ for men and women, based on stereotypes in our society about how women should behave. Women have historically taken on nurturing and care-giving roles, including working in service professions and raising children. This division of labor leads to stereotypes that women are more kind and nurturing than men. When they morph into prescriptions of how women should behave, they become particularly problematic.

People often see work conflicts between men as normal. When a female manager has conflict, though, the same people may worry that she has trouble getting along with others. And when bosses rely on “gut feelings” to make judgments about whether or not an employee might detail in the future, they are left vulnerable to these biases.

How to battle our biases

The reason stereotypes are so insidious and challenging to address is that they operate subconsciously. Chances are good that few, if any, of the bosses in our studies were overtly sexist – indeed, most would likely be shocked and dismayed to learn that their decisions were biased.

Even decision-makers who are committed to treating women fairly may not be able to stop their brains from raising a red flag when they see a woman engaging in behavior that violates societal beliefs that women should be nice and nurturing.

So what can be done to stop bias and discrimination toward women?

Research shows that one of the most important steps people can take is increasing awareness about how implicit biases can influence their thinking. Colleagues can talk, coach and engage each other in conversation. When organizational leaders observe high-potential managers struggling, they can step up to help, rather than “dropping” them – something that will benefit managers regardless of their gender.

The fight to help women achieve high-level leadership positions must continue until powerful women are so commonplace that stereotypes begin to change. But as long as men and women fill different social roles – at home and at work – we may never be able to fully eliminate gender stereotypes from our minds.

Perhaps a silver lining in the cloud of sexism that arose during the recent presidential election is that Americans are now talking openly about gender bias. Author Kate Harding wrote, “My country hates women, which is bad enough, and it pretends it doesn’t, which is worse.”

Our research doesn’t go that far, but it does suggest that we hold men and women to different standards of behavior. To make progress, we must acknowledge the prevalence and insidious nature of gender stereotypes and admit that they affect our attitudes and behavior, even when we don’t want them to.