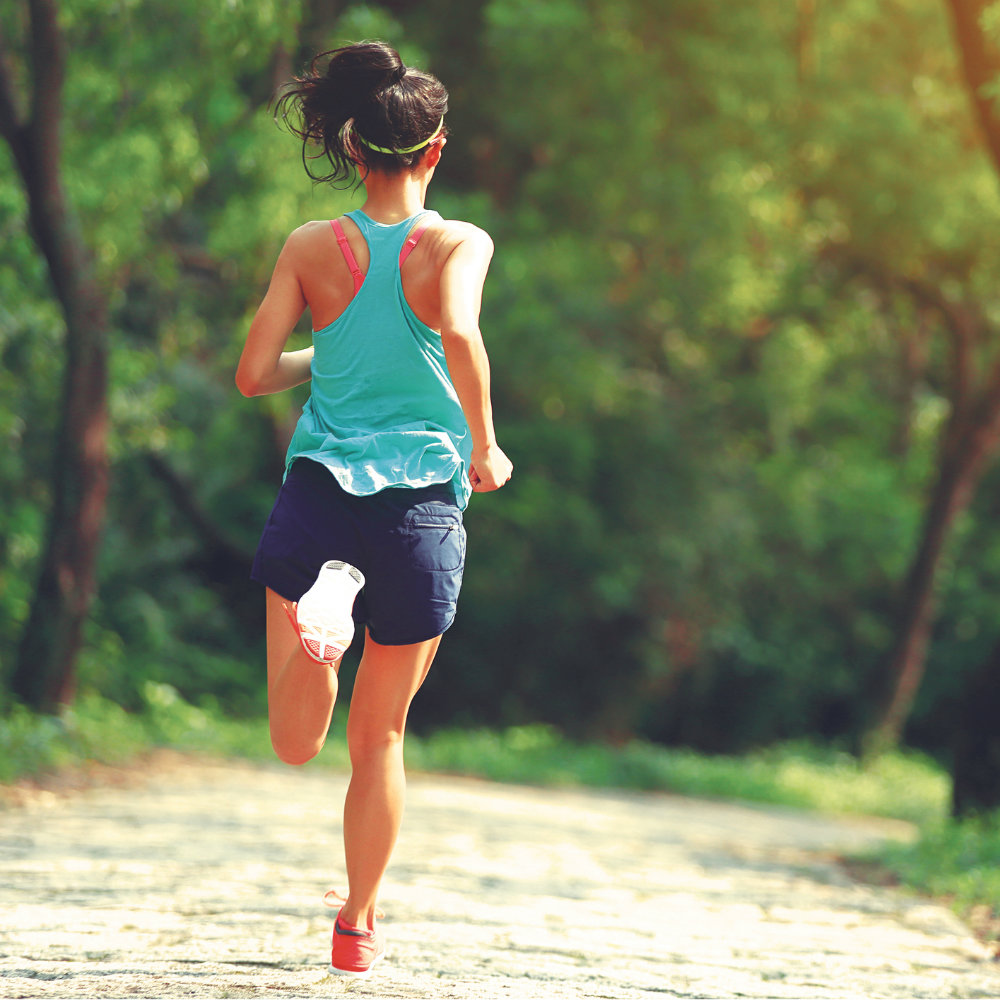 If a workout feels like more pain than gain, here’s some motivation: Exercise releases a hormone that helps the body shed fat and keeps it from forming.

A group led by a University of Florida Health researcher has learned more about how the hormone irisin helps convert calorie-storing white fat cells into brown fat cells that burn energy. Irisin, which surges when the heart and other muscles are exerted, also inhibits the formation of fatty tissue, according to the researchers.

The findings, published recently in the American Journal of Physiology — Endocrinology and Metabolism, show that irisin may be an attractive target for fighting obesity and diabetes, said Li-Jun Yang, M.D., a professor of hematopathology in the UF College of Medicine’s department of pathology, immunology and laboratory medicine. The study is believed to be the first of its kind to examine the mechanisms of irisin’s effect on human fat tissue and fat cells, researchers said.

Irisin appears to work by boosting the activity of genes and a protein that are crucial to turning white fat cells into brown cells, the researchers found. It also significantly increases the amount of energy used by those cells, indicating it has a role in burning fat.

Researchers collected fat cells donated by 28 patients who had breast reduction surgery. After exposing the samples to irisin, they found a nearly fivefold increase in cells that contain a protein known as UCP1 that is crucial to fat “burning.”

“We used human fat tissue cultures to prove that irisin has a positive effect by turning white fat into brown fat and that it increases the body’s fat-burning ability,” Yang said.

Likewise, Yang and her collaborators found that irisin suppresses fat-cell formation. Among the tested fat-tissue samples, irisin reduced the number of mature fat cells by 20 to 60 percent compared with those of a control group. That suggests irisin reduces fat storage in the body by hindering the process that turns undifferentiated stem cells into fat cells while also promoting the stem cells’ differentiation into bone-forming cells, the researchers said.

Knowing that the body produces small quantities of fat-fighting irisin underscores the importance of regular exercise, Yang said. More than two-thirds of U.S. adults are overweight or obese, according to the National Institutes of Health. While it’s possible that the beneficial effects of irisin could be developed into a prescription medication, Yang said that is uncertain and remains a long time away.

“Instead of waiting for a miracle drug, you can help yourself by changing your lifestyle. Exercise produces more irisin, which has many beneficial effects including fat reduction, stronger bones and better cardiovascular health,” Yang said.

The present study builds on other findings about irisin’s beneficial effects. In 2015, Yang’s group found that the hormone helps improve heart function in several ways, including boosting calcium levels that are critical for heart contractions. In June, Yang and a group of scientists in China showed that irisin reduced arterial plaque buildup in mouse models by preventing inflammatory cells from accumulating, resulting in reducing reduction of atherosclerosis. Those findings were published in the journal PLOS One.

“Irisin can do a lot of things. This is another piece of evidence about the mechanisms that prevent fat buildup and promote the development of strong bones when you exercise,” she said.