A reptilian anachronism: American alligator older than we thought 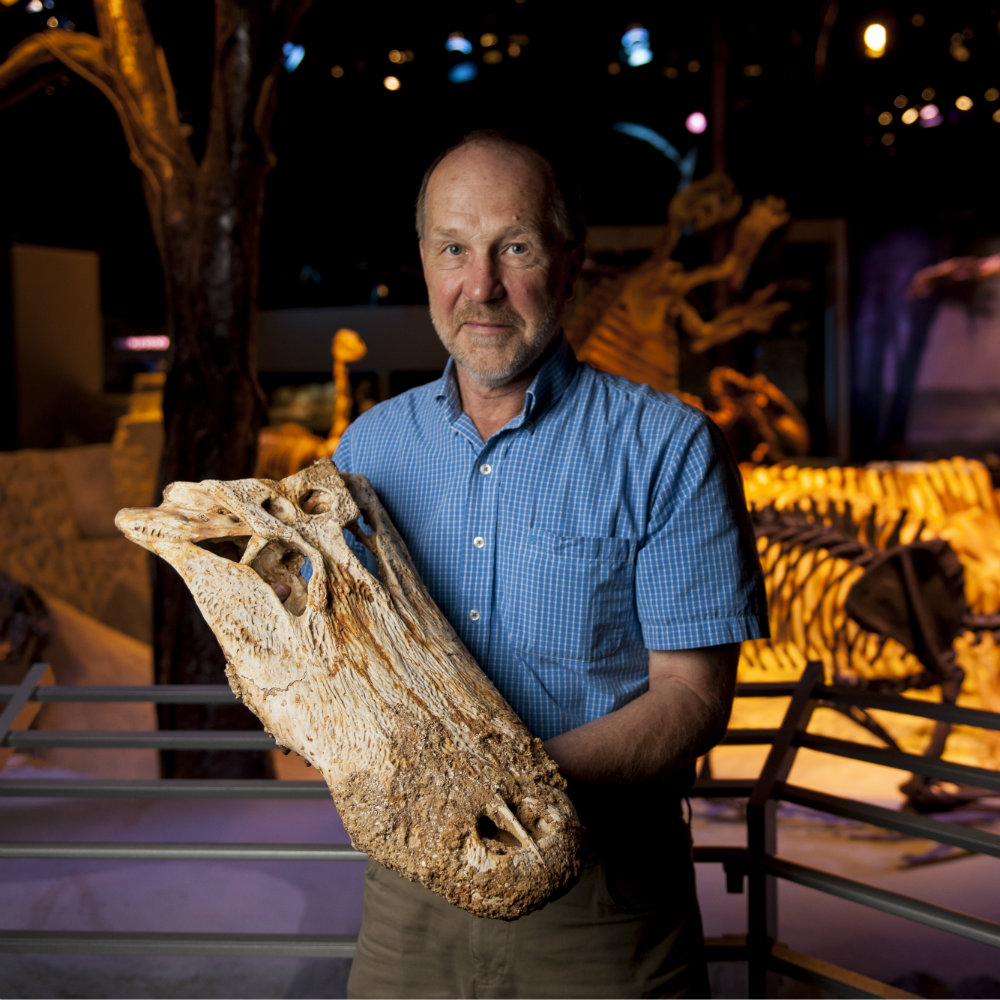 From climate to the peninsula’s very shape, not much in Florida has stayed the same over the last 8 million years.

Except, it turns out, alligators.

While many of today’s top predators are more recent products of evolution, the modern American alligator is a reptile quite literally from another time. New University of Florida research shows these prehistoric-looking creatures have remained virtually untouched by major evolutionary change for at least 8 million years, and may be up to 6 million years older than previously thought. Besides some sharks and a handful of others, very few living vertebrate species have such a long duration in the fossil record with so little change. 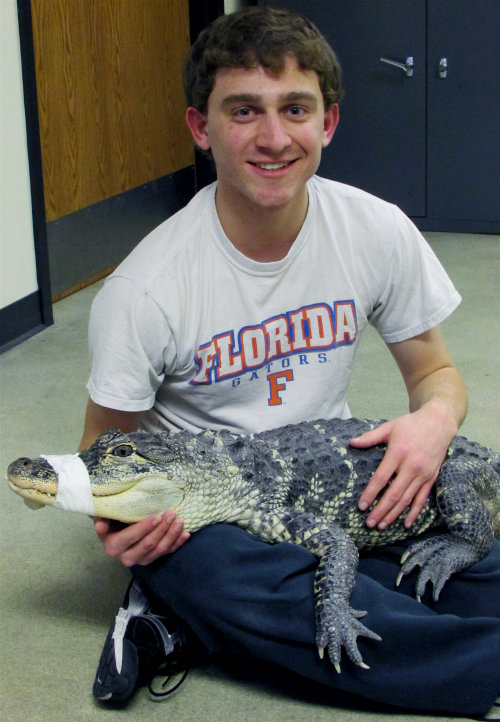 “If we could step back in time 8 million years, you’d basically see the same animal crawling around then as you would see today in the Southeast. Even 30 million years ago, they didn’t look much different,” said Evan Whiting, a former UF undergraduate and the lead author of two studies published during summer 2016 in the Journal of Herpetology and Palaeogeography, Palaeoclimatology, Palaeoecology that document the alligator’s evolution – or lack thereof. "We were surprised to find fossil alligators from this deep in time that actually belong to the living species, rather than an extinct one."

Whiting, now a doctoral student at the University of Minnesota, describes the alligator as a survivor, withstanding sea-level fluctuations and extreme changes in climate that would have caused some less-adaptive animals to rapidly change or go extinct. Whiting also discovered that early American alligators likely shared the Florida coastline with a 25-foot now-extinct giant crocodile.

In modern times, however, he said alligators face a threat that could hinder the scaly reptiles’ ability to thrive like nothing in their past — humans.

Despite their resilience and adaptability, alligators were nearly hunted to extinction in the early 20th century. The Endangered Species Act has significantly improved the number of alligators in the wild, but there are still ongoing encounters between humans and alligators that are not desirable for either species and, in many places, alligator habitats are being destroyed or humans are moving into them, Whiting said.

“The same traits that allowed alligators to remain virtually the same through numerous environmental changes over millions of years can become a bit of a problem when they try to adapt to humans,” Whiting said. “Their adaptive nature is why we have alligators in swimming pools or crawling around golf courses.”

Whiting hopes his research findings serve to inform the public that the alligator was here first, and we should act accordingly by preserving the animal’s wild populations and its environment. By providing a more complete evolutionary history of the alligator, his research provides the groundwork for conserving habitats where alligators have dominated for millions of years.

“If we know from the fossil record that alligators have thrived in certain types of habitats since deep in time, we know which habitats to focus conservation and management efforts on today,” Whiting said.

Study authors began re-thinking the alligator’s evolutionary history after Whiting examined an ancient alligator skull, originally thought to be an extinct species, unearthed in Marion County, Florida, and found it to be virtually identical to the iconic modern species. He compared the ancient skull with dozens of other fossils and modern skeletons to look at the whole genus and trace major changes, or the lack thereof, in alligator morphology.

Whiting also studied the carbon and oxygen compositions of the teeth of both ancient alligators and the 20- to 25-foot extinct crocodile Gavialosuchus americanus that once dominated the Florida coastline and died out about 5 million years ago for unknown reasons. The presence of alligator and Gavialosuchus fossils at several localities in north Florida suggest the two species may have coexisted in places near the coast, he said.

Analysis of the teeth suggests, however, that the giant croc was a marine reptile, which sought its prey in ocean waters, while alligators tended to hunt in freshwater and on land. That doesn’t mean alligators weren’t occasionally eaten by the monster crocs, though.

“Evan’s research shows alligators didn’t evolve in a vacuum with no other crocodilians around,” said co-author David Steadman, ornithology curator at the Florida Museum of Natural History at the University of Florida. “The gators we see today do not really compete with anything, but millions of years ago it was not only competing with another type of crocodilian, it was competing with a much larger one.”

Steadman said the presence of the ancient crocodile in Florida may have helped keep the alligators in freshwater habitats, though it appears alligators have always been most comfortable in freshwater.

While modern alligators do look prehistoric as they bake on sandbars along the Suwannee River or stroll down sidewalks on the UF campus, study authors said they are not somehow immune to evolution. On the contrary, they are the result of an incredibly ancient evolutionary line. The group they belong to, Crocodylia, has been around for at least 84 million years and has diverse ancestors dating as far back as the Triassic, more than 200 million years ago.