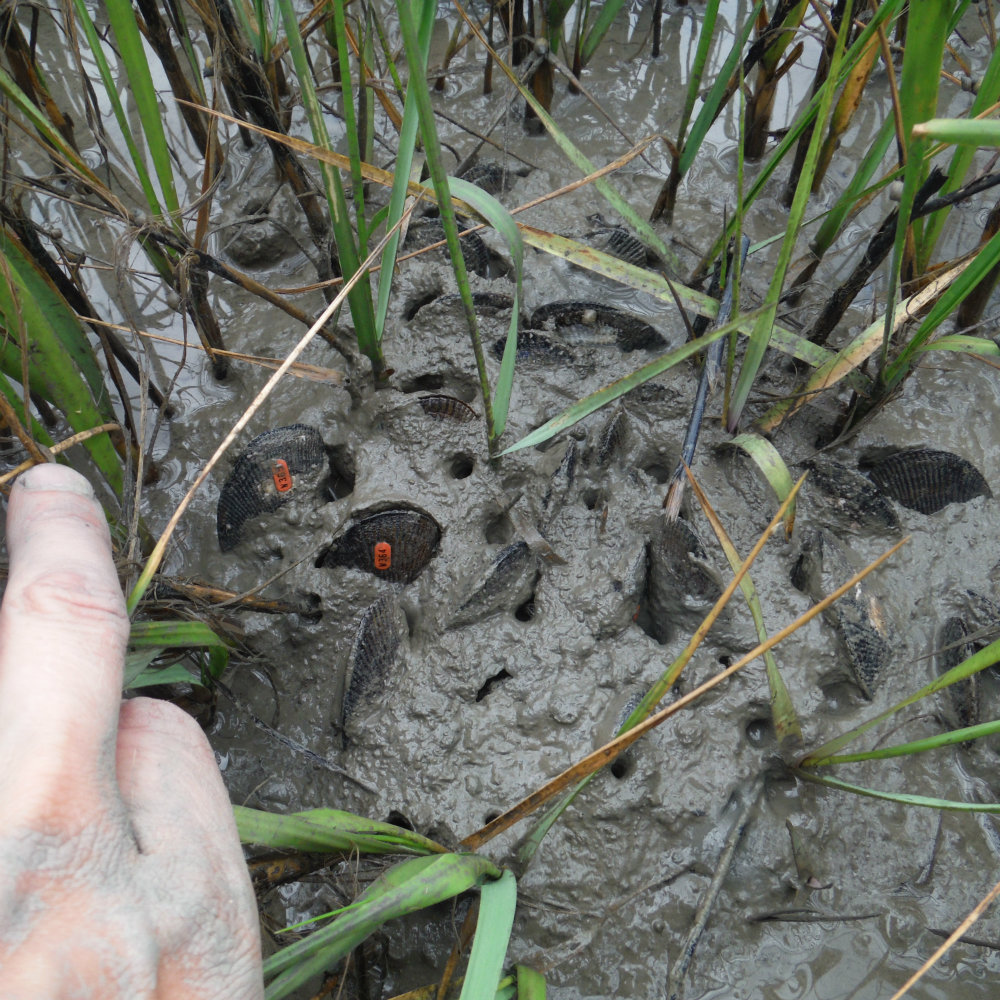 As coastal ecosystems feel the heat of climate change worldwide, new research shows the humble mussel and marsh grass form an intimate interaction known as mutualism that benefits both partner species and may be critical to helping these ecosystems bounce back from extreme climatic events such as drought.

The study, led by the University of Florida, finds that when mussels pile up in mounds around the grass stems, they provide protection by improving water storage around the grass roots and reducing soil salinity.

With mussels’ help, the study found, marshes can recover from drought in less than a decade.

Without, it can take more than century.

“It’s a story of mutual benefit between marsh grass and mussels,” said Christine Angelini, an assistant professor of environmental engineering sciences in UF’s Herbert Wertheim College of Engineering and lead author on the paper.

The mussels, she said, “protect and then accelerate the healing of drought-stricken marshes.”

Saving the marshes has not only environmental benefits but also economic ones.

“Marsh die-off and loss are major issues that can affect land value, fisheries and water quality,” Angelini said. “Even if just a little bit of vegetation survives, it makes a huge difference in how quickly the marsh comes back.”

The researchers became interested in the topic after three severe droughts in the Southeast over the past 17 years caused a major die-off of cordgrass, the region’s dominant, marsh-structuring plant.

Using Google earth, the team considered 13 sites that contained relatively large marsh areas likely to experience drought-associated grass die-offs. They selected nine that spanned a little more than 150 miles of southeastern U.S. coastline from southern Georgia to central South Carolina at the conclusion of a severe, two-year drought in June 2012.

The researchers suspect mussels protect marsh grass during severe drought because they pave the marsh surface with their ribbed shells and attract burrowing crabs that excavate underground water storage compartments.

One of the research team’s marsh study sites was in the backyard of Dale Aren of Charleston, South Carolina.

A freelance marketing consultant, Aren and her husband, Scott, bought their property on Coburg Creek 16 years ago. The scenery played a major role their choice.

“The long marsh views and being on deep water were key in our purchase decision,” she said.

After noticing the marsh behind her home was dying, she did some online research and found a paper about that very problem written by Angelini’s colleague, Brian Silliman, an assistant professor of biology at UF and a co-author on Angelini’s paper.

“We were worried,” Aren said. “The Spartina [grass] is beautiful and the increasing area of mudflats were very unattractive and did not look healthy.”

However, there were little patches of grass left in these mudflats – most associated with mussels.  The researchers found that, once the drought subsided, these dispersed grass patches expanded rapidly, healing the mudflats from the inside out.

“However, at the moment, we are experiencing a more severe dieback” Aren said. ”Interestingly though, our neighbors marsh is rejuvenating more now than in 2012 - 2013. Their marsh was much worse than ours and now it looks better. There are so many variables.”

The next step, Angelini said, is to figure out whether the transplanting mussels into drought-vulnerable marshes could offer a low-cost solution for homeowners to improve the resilience of their own back yards. They are also testing whether other at-risk ecosystems – seagrass meadows or, perhaps most notably, coral reefs – may be similarly protected by keystone mutualisms.

"More generally, this work highlights how cooperation is key for an ecosystems ability to withstand and bounce back from climate change,” said study co-author Brian Silliman, the Rachel Carson Associate Professor of Marine Conservation Biology at Duke. “Without cooperation, U.S. Southeastern salt marshes would likely be in a dramatic, spiraling decline because of increasing droughts stress."

The research was funded by the National Science Foundation's Division of Ocean Sciences and Division of Environmental Biology.

"This is a very good example of how the diversity of life in a salt marsh promotes resilience to climate and environmental change," said David Garrison, program director in NSF's Division of Ocean Sciences.