How did primate brains get so big? 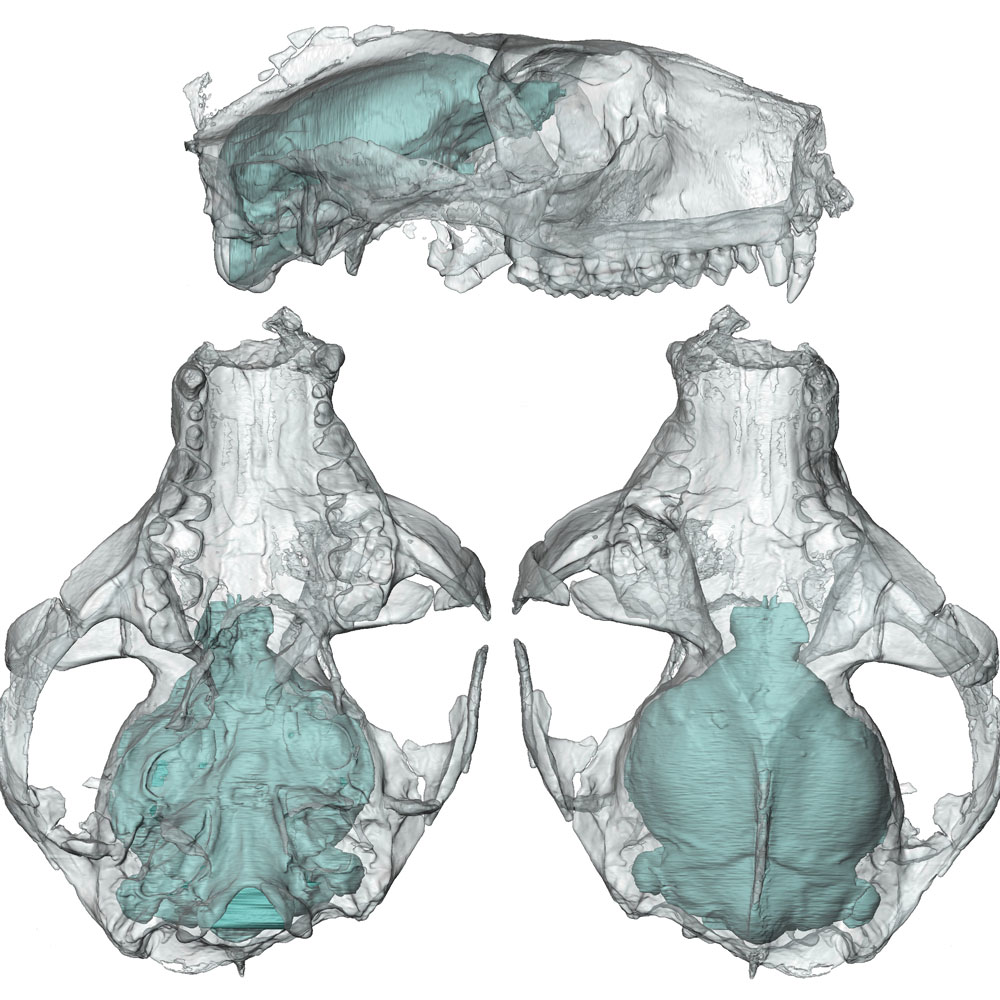 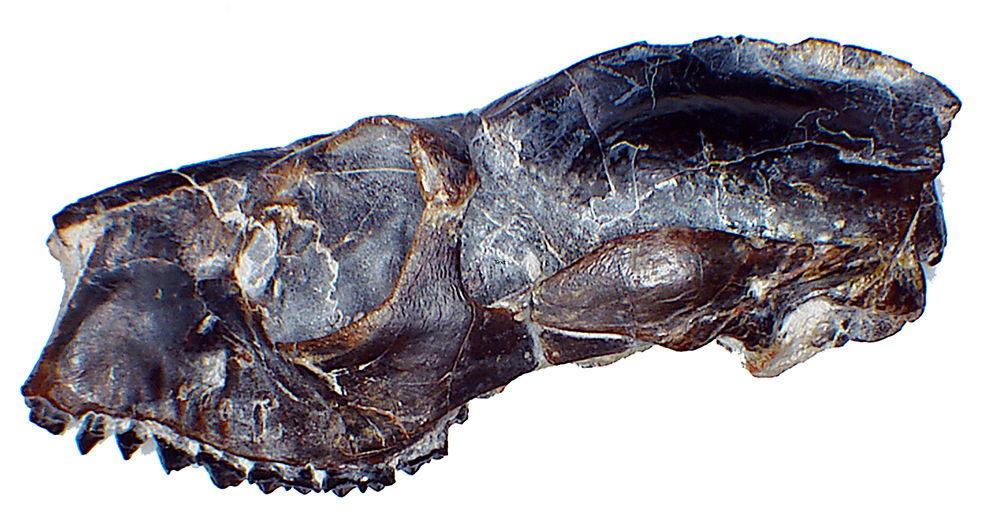 University of Florida paleontologists found clues in the remarkably preserved skulls of adapiforms, lemur-like primates that scurried around the tropical forests of Wyoming about 50 million years ago. Thought to be a link between primitive and advanced primates, their fossil skulls were the best evidence available for understanding the neuroanatomy of the earliest ancestors of modern primates. But there was just one problem—the brain cavities of the fragile skulls contained only rock and dust.

That is, until Arianna Harrington, then a UF undergraduate student and later a master’s student at the Florida Museum of Natural History on the UF campus, used CT technology to create the first virtual 3-D brain casts of the early primates. The eight virtually reconstructed and dissected brains—the most ever created for a single study—show an evolutionary burst including improved vision and more complex neurological function preceded an increase in brain size, said Harrington, now a Duke University doctoral student. Details of the findings are described online in the Journal of Human Evolution. 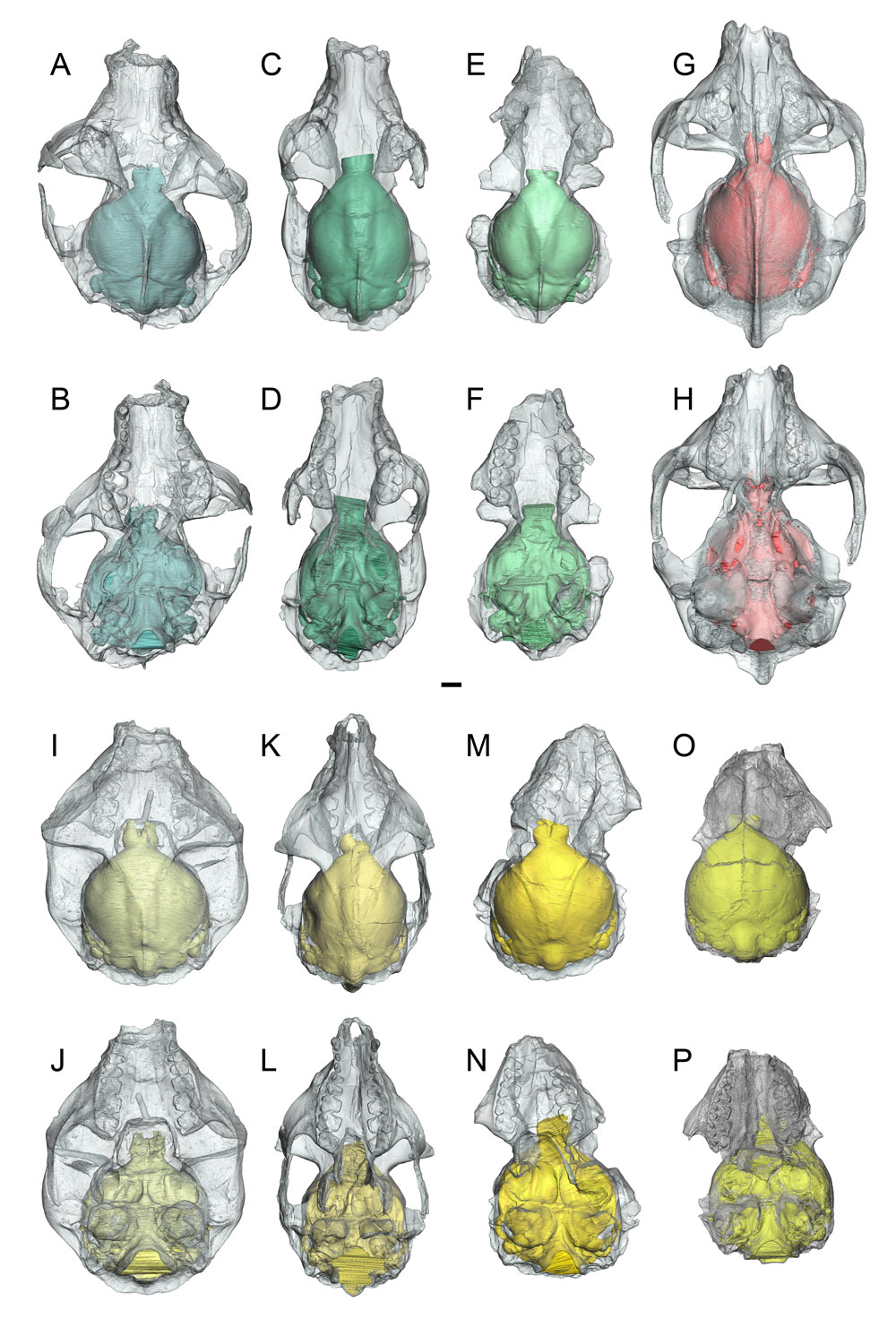 Top and bottom views, respectively, of the virtual brains of Notharctus tenebrosus (A, B, C, E and F), Adapis parisiensis (G and H) and Smilodectes gracilis (bottom two rows) within transparent renderings of their skulls.

“It may be that these early specializations allowed primate brains to expand later in time,” said Harrington, the study’s lead author. “The idea is that any patterns we find in primate brain evolution could lead to a better understanding of the early evolution that led to the human brain.” 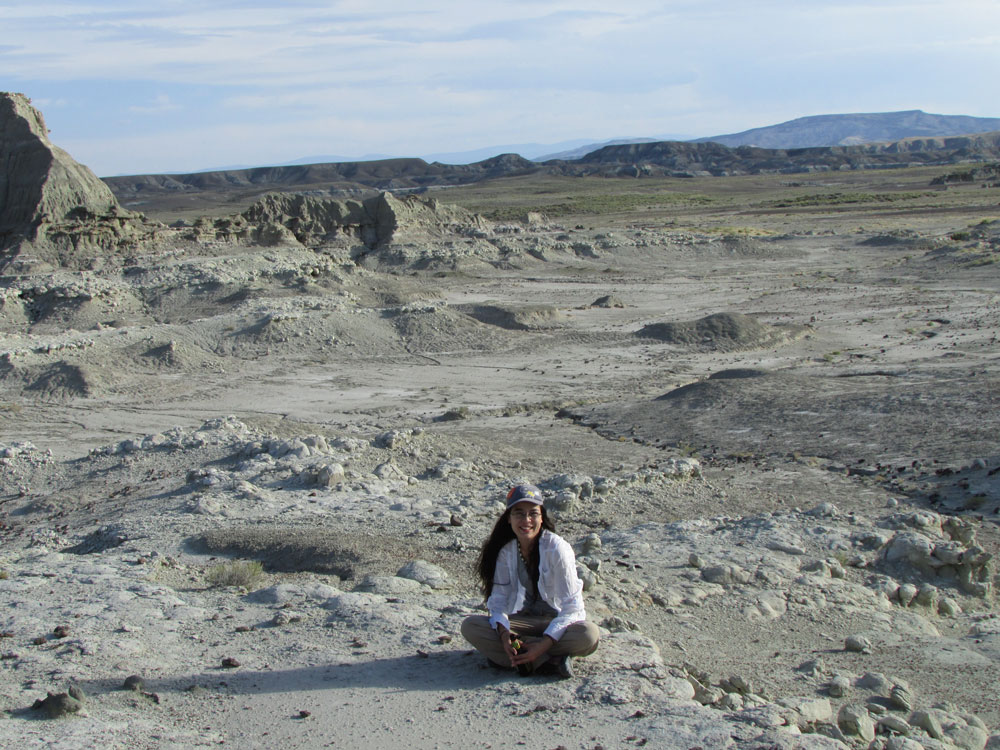 Arianna Harrington during fieldwork in the badlands of Wyoming. Photo courtesy of Arianna HarringtonScientists have long debated whether primates have always had big brains compared to body size, or if this was a trait that appeared later. The new study’s findings are consistent with previous endocast studies of Australopithecus afarensis, the oldest hominid known, and Victoriapithecus macinnesi, an early Old World monkey, which showed brain size increase followed brain specialization in early hominids and monkeys.

Adapiforms, which are not directly related to humans, evolved after the earliest primate ancestors, called plesiadapiforms, which lived about 65 million years ago. Harrington and colleagues created virtual endocasts for three different species of adapiforms: Notharctus tenebrosus and Smilodectes gracilis from the middle Eocene Bridger formation of Wyoming and a late Eocene European specimen named Adapis parisiensis.

Adapiforms’ skulls differ from the earlier plesiadapiforms in a few ways including having more forward-facing eyes. Thanks to the new virtual endocasts, scientists were able to take a closer look at anatomical features which revealed that, while adapiforms placed relatively less emphasis on smell more similar to modern primate brains, the relative brain size was not so different from that of plesiadapiforms, said study co-author Jonathan Bloch, curator of vertebrate paleontology at the Florida Museum.

“While it’s true humans and other modern primates have very large brains, that story started down at the base of our group,” Bloch said. “As our study shows, the earliest primates actually had relatively small brains. So they didn’t start out with large brains and maintain them.”

Modern primates are specialized in the visual sense. One of the main differences between the early plesiadapiforms and adapiforms is the region of the brain responsible for the sense of smell, the olfactory bulb, is smaller, while there appears to be an expansion in the area of the brains responsible for vision, Harrington said.

“It is likely this indicates they’re beginning to rely more on vision than smell,” she said. “Scientists have hypothesized that vision may have helped early primates forage in complex arboreal forest systems.”