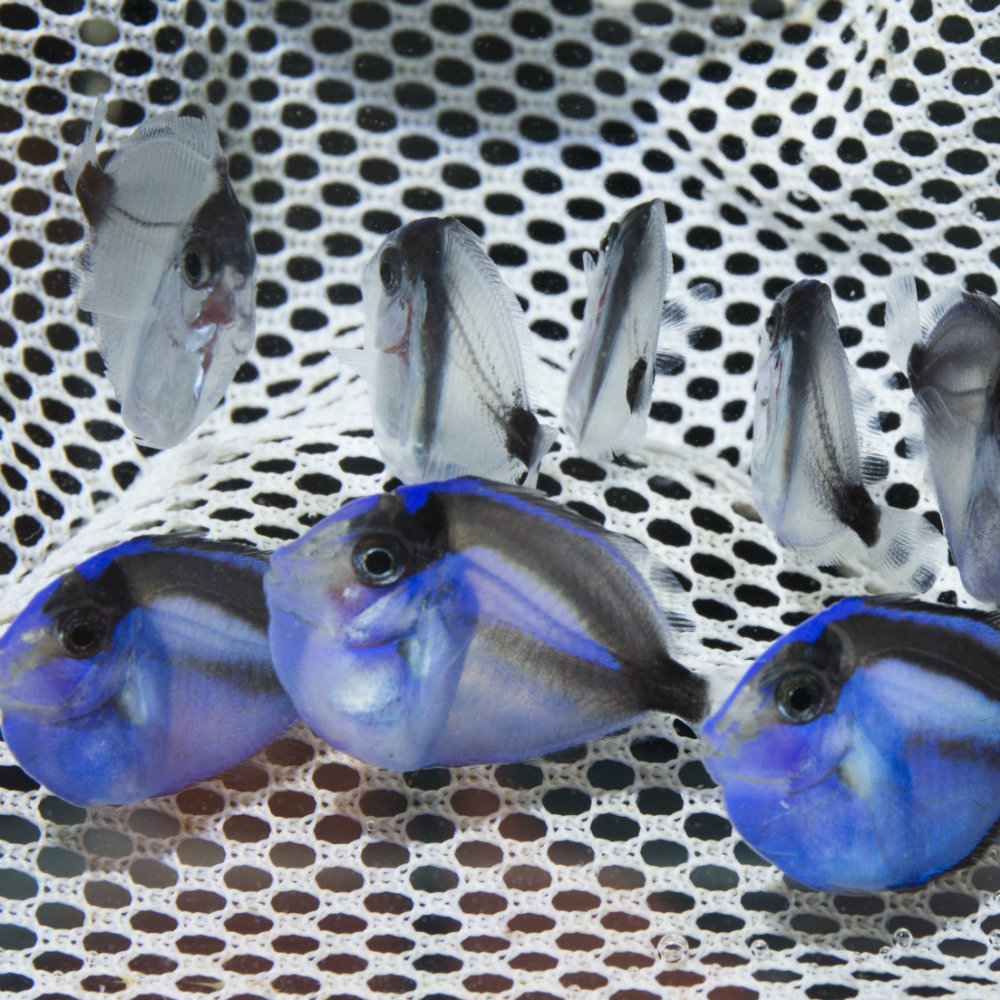 Finally, it may be possible for regular folks to find their own Dory.

Researchers with the University of Florida Tropical Aquaculture Laboratory in Ruskin have for the first time successfully raised in captivity the Pacific blue tang, the colorful fish that now stars in a Disney movie. The breakthrough means aquarium hobbyists and marine life exhibits may soon have a source for blue tangs that doesn’t rely on wild captured fish.

“We worked with Rising Tide Conservation and the SeaWorld-Busch Gardens Conservation Fund to find a way to successfully breed Pacific blue tangs. It was a delicate, time-intensive endeavor, but one that has paid off,” said Craig Watson, director of the UF Tropical Aquaculture Laboratory, which is part of the UF Institute of Food and Agricultural Sciences.

The project began about six years ago, when Watson was approached by Judy St. Leger from Rising Tide Conservation, Watson said. The program’s primary goal is to develop production technologies for key marine ornamental species, including Pacific blue tang, he said.

Over the next six years, Rising Tide Conservation assembled a team of scientists from the UF/IFAS Tropical Aquaculture Laboratory, the UF/IFAS Indian River Research and Education Center and the Oceanic Institute of Hawaii Pacific University to get the fish to survive past a week.

“Without the support of the SeaWorld and Busch Gardens Conservation Fund and the overall pet industry, the advances of Rising Tide would not be possible,” St. Leger said. “We chose these program researchers because they showed commitment to advancing culture of the most difficult fish.”

The scientists placed newly hatched Pacific blue tang — which are just over 1 millimeter long, transparent and have no eyes or mouth – in a tank for three days while the fish larvae absorbed their yolk.

“During that first three days, the Pacific blue tangs develop eyes and a mouth. If the food for the parents isn’t just right, the yolk won’t be enough, or of the right consistency to carry the larvae through,” Watson explained. “Water quality, including temperature, is critical, and if anything goes wrong they can be dead in hours.”

The survival rate to Day Four reached as high as 80 percent, Watson said.

“We were very excited to get past that first crucial stage,” he said. But in the past, the fish ultimately would die before the week was out. “The best we achieved was to get a single Blue Tang to survive 21 days post hatch,” Watson said.

Barden returned to UF and worked with colleagues Eric Cassiano, Matthew DiMaggio and Cortney Ohs to devise a strategy to replicate the procedures done in Hawaii. In May, just weeks before “Finding Dory” hit movie theaters nationwide, the researchers started a run at raising the first ever captive-bred Pacific blue tangs.

“As the weeks ticked by, the fish started behaving and growing like nothing seen before,” Watson said. “And, on Day 52, the first baby “Dory” was photographed with 26 siblings in a greenhouse in Ruskin, Florida. It had finally developed the blue and black color and was thriving in the tank.”

The next step is to help commercial producers replicate UF’s success, Watson said. “Our industry partners are ready to gear up.”