Relationship advice from a gender-changing fish that mates for life 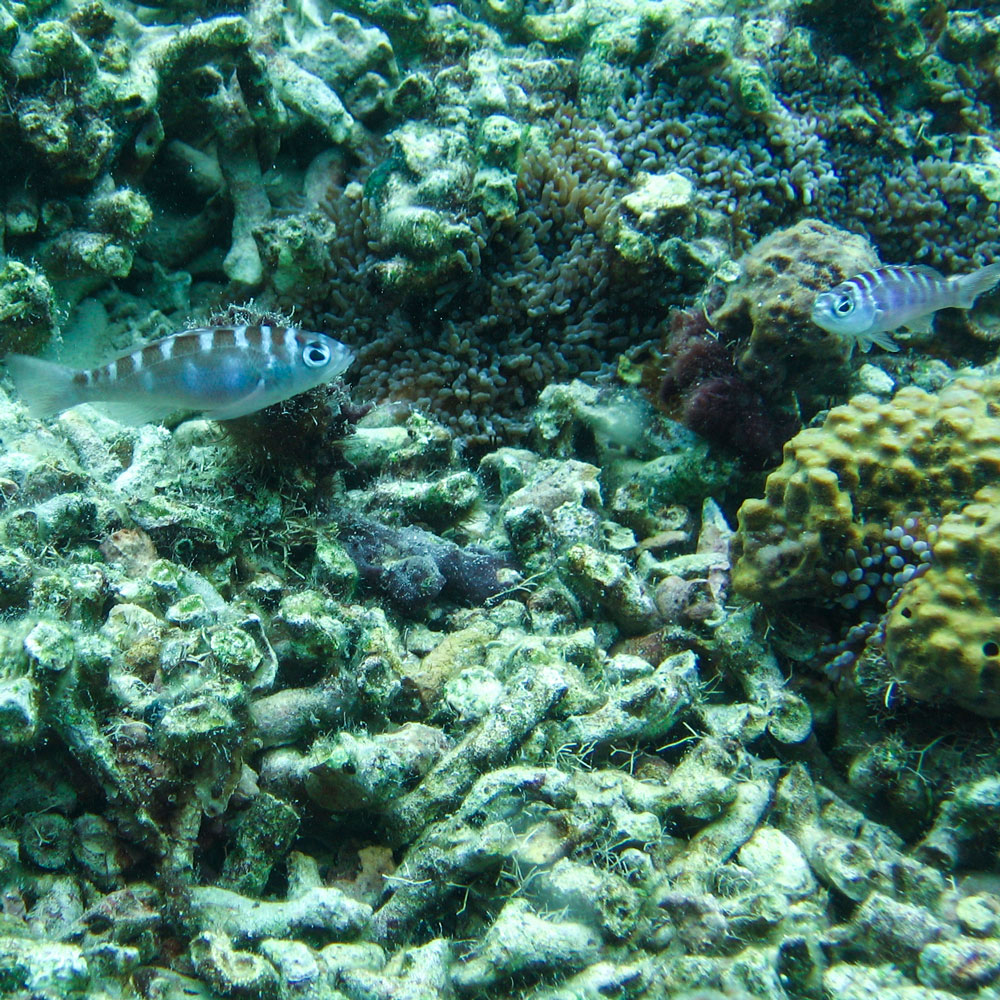 For the tiny fish found in the coral reefs off Panama, a lifelong relationship with its partner doesn’t come without some give and take. In fact, the faithful pair owe their evolutionary success to trading male and female roles: According to an April 2016 University of Florida study in the journal of Behavioral Ecology, the fish switch genders at least 20 times each day.

This reproductive strategy allows individuals to fertilize about as many eggs as they produce, giving the neon-blue fish a reproductive edge. Its mating habits may, at first, seem complex and unusual, but University of Florida scientist Mary Hart said the loyal chalk bass offers humans in relationships this simple wisdom: You get what you give. 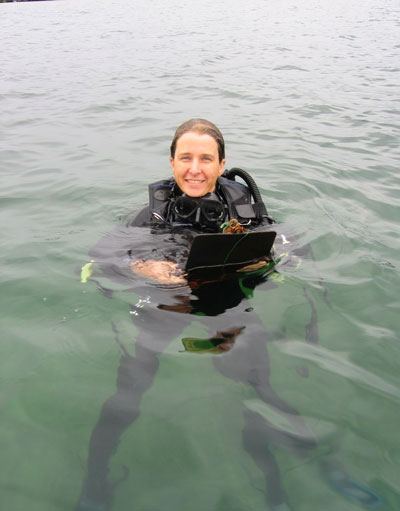 Mary Hart off the coast of Panama, where she observed the mating habits of chalk bass."Our study indicates that animals in long-term partnerships are paying attention to whether their partner is contributing to the relationship fairly — something many humans may identify with from their own long-term relationships,” said Hart, lead author and an adjunct professor in UF’s biology department.

In fact, the duo motivate one another to contribute eggs to the relationship because if one partner lacks eggs, the other will simply match whatever it produces. The only way for a partner to convince its mate to produce more eggs, is to pick up the slack and generate more itself, Hart said. 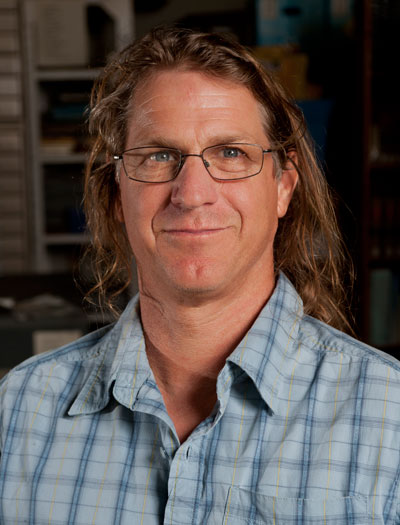 Florida Museum ornithologist Andrew Kratter turned his attention to fish when he joined his wife, Mary Hart, in Panama for a 6-month study of hermaphrodite fish. Florida Museum of Natural History photo by Kristen Grace.Hart worked with her husband of 10 years, co-author Andrew Kratter, an ornithologist with the Florida Museum of Natural History on the UF campus, to study the ocean-dwelling partners. For six months, the scientists observed the short-lived chalk bass, Serranus tortugarum, while scuba diving off the coast of Panama.

To the scientists’ surprise, all of the original chalk bass couples marked for the study remained together throughout the duration, until one or both of them disappeared from the study site. With only 3 to 5 percent of animals known to live monogamously, this is a rare find — one of the first for a fish living in a high-density social group, Kratter said.

“I found it fascinating that fish with a rather unconventional reproductive strategy would end up being the ones who have these long-lasting relationships,” he said. “They live in large social groups with plenty of opportunities to change partners, so you wouldn’t necessarily expect this level of partner fidelity.”

The new research lays the groundwork for integrative studies that investigate the behavioral and neurological mechanisms that govern partnerships in the wild.

Scientists have long studied cooperative behavior in animals, like primates that groom each other or vampire bats that regurgitate food for relatives in need of a blood meal. But it has remained a point of debate among scientists whether or not these animals are paying attention to the amount of resources being exchanged. For the chalk bass, matching reproductive chores helps partners succeed, even when there are opportunities to mate with other fish, Hart said.

“We initially expected individuals with partners that were producing less eggs would be more likely to switch partners over time—trading up, so to speak,” she said. “Instead we found that partners matched egg production and remained in primary partnerships for the long term.”

For their entire adult lives, the fish mating partners come together for two hours each day before dusk in their refuge area, or spawning territory. They chase away other fish and begin with a half-hour foreplay ritual of nipping and hovering around each other, an activity Kratter says helps strengthen the partners’ bond. Eventually it becomes apparent which fish is going to take on the female role for the first of many spawning rounds.

Finding a new mate every evening is time-consuming and risky for a fish that only lives for about a year. Having a safe partner may help ensure that individuals get to fertilize a similar number of eggs as they produce, rather than risk ending up with a partner with fewer eggs, Hart said.

The chalk bass, however, is not opposed to the occasional fling.

If one partner has more eggs than the other, it may share the extra with other couples. Hart said this infrequent option, which happened only 20 percent of the time in the study group, may add stability to the system of simultaneous hermaphroditism paired with monogamy.

But the fish always returns to its mate at the end of the day.

Beavers, otters and wolves are a few species that travel life in pairs. If a wolf is widowed, though, its instincts kick in and the wolf will quickly replace its former mate. Life for a chalk bass after losing its partner may be more difficult. Since adults are all paired, it seems likely that finding a new mate would be difficult for a lone fish. Hart said further investigation is needed to say for sure.

Scientists are only beginning to understand how mutually beneficial relationships among animals are maintained, much as humans in general still strive to determine what makes long-term relationships last.

Hart and Kratter said delving into what drives the bond between monogamous animals has had an impact on their marriage.

“I think the ‘get what you give’ in egg resources exchanged within pairs result, along with the potential for both positive and negative feedback within partnerships were very insightful to both of us,” Hart said. “Not even one of the original pairs that I observed switched mates while its partner was still alive. That strong matching between partners and the investment into the partnership was surprising.”