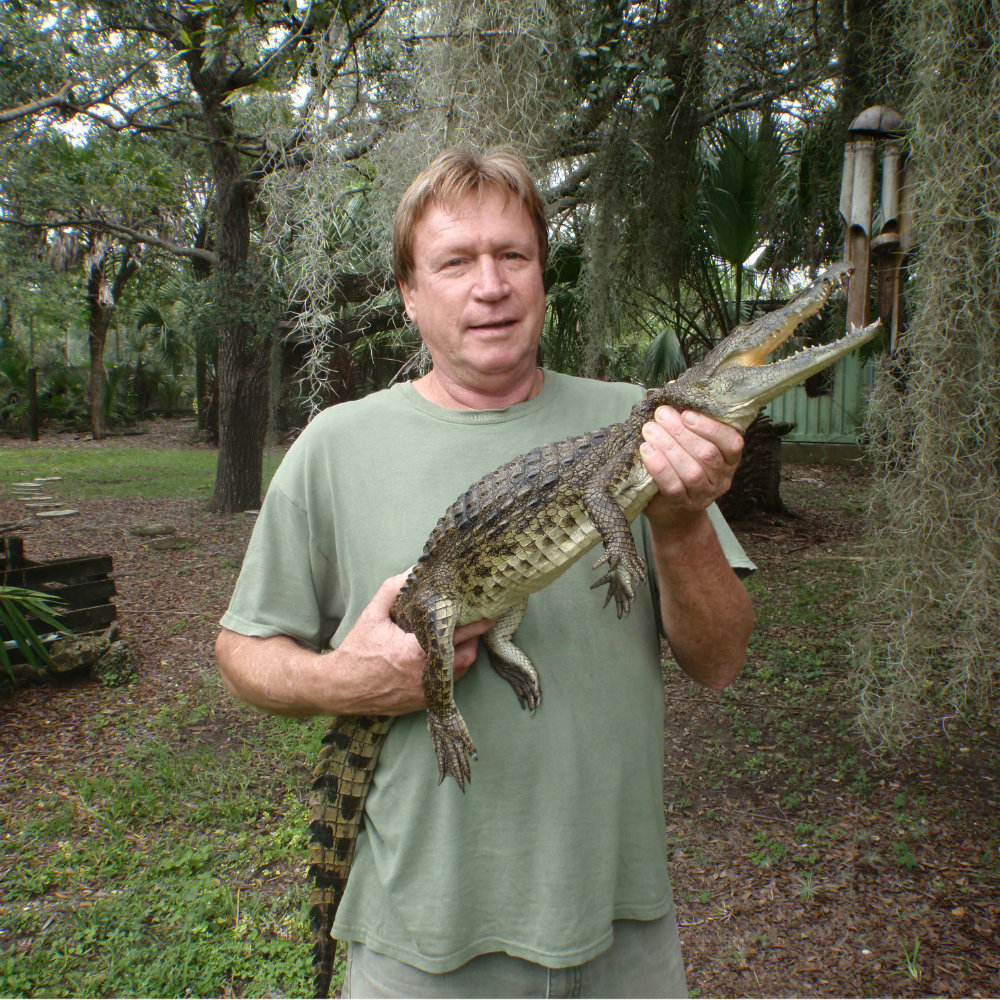 Spotting native alligators and crocodiles in Florida is common, but anyone who sees a large reptile may want to take a second look— man-eaters that can grow to 18 feet long and weigh as much as a small car have been found in the Sunshine State.

Using DNA analysis, University of Florida researchers have confirmed the capture of multiple Nile crocodiles in the wild.

The ancient icon eats everything from zebras to small hippos to humans in sub-Saharan Africa. Now three juveniles of the monster crocodile, have been found in South Florida, swimming in the Everglades and relaxing on a house porch in Miami.

The invasive crocodiles were captured between 2000 and 2014, leading UF scientists to analyze their DNA, study their diet and one of the animal’s growth. Scientists verified the animals were Nile crocodiles linked to native populations in South Africa, and confirmed the species can survive in Florida—and potentially thrive, said Kenneth Krysko, herpetology collections manager at the Florida Museum of Natural History on the UF campus.

In other words, there likely are more.

“The odds that the few of us who study Florida reptiles have found all of the Nile crocs out there is probably unlikely,” said Krysko, co-author of the study published in April in the Journal of Herpetological Conservation and Biology. “We know that they can survive in the Florida wilderness for numerous years, we know that they grow quickly here and we know their behavior in their native range, and there is no reason to suggest that would change here in Florida.”

Nile crocodiles, Crocodylus niloticus, were responsible for at least 480 attacks on people and 123 fatalities in Africa between 2010 and 2014. They are generalist predators and eat a wide variety of prey. In Florida, everything from native birds, fish and mammals to the state’s native crocodile and alligator would be fair game for the carnivorous croc.

The study found one juvenile grew nearly 28 percent faster than wild Nile crocodile juveniles from some parts of their native range.

DNA analysis revealed the three similar-size Nile crocodiles were genetically identical, suggesting they were introduced via the same source, but Krysko said the source has not been confirmed. Prior to graduating in 2013, former UF doctoral student and co-author Matthew Shirley extensively sampled DNA of live Nile crocodiles housed in U.S. zoos, including Florida. The DNA of the three crocodiles did not match any of those Shirley sampled, suggesting they were either acquired by a permitted source later, or introduced by someone without a permit.

Study scientists note that over the last decade, large groups of Nile crocodiles have been imported from South Africa and Madagascar for display at places like Disney’s Animal Kingdom and to supply Florida’s flourishing pet trade, with the latter being the most likely introduction pathway, according to the study.

While there is currently no evidence of an established population, study scientists recommend a scientific risk assessment to evaluate the potential for Nile crocodiles to breed and spread across the state. According to the study, Florida’s Atlantic coast and the entire Gulf of Mexico coastline provide favorable climate for Nile crocodiles.

Florida’s subtropical climate is one reason the state has the world’s largest number of invasive species—from the Burmese python that has invested the Everglades to the Cuban tree frog, which has been found as far north as Jacksonville on the East Coast and as far north as Cedar Key on the Gulf Coast.

“My hope as a biologist is that the introduction of Nile crocodiles in Florida opens everyone’s eyes to the problem of invasive species that we have here in our state,” Krysko said. “Now here’s another one, but this time it isn’t just a tiny house gecko from Africa.”