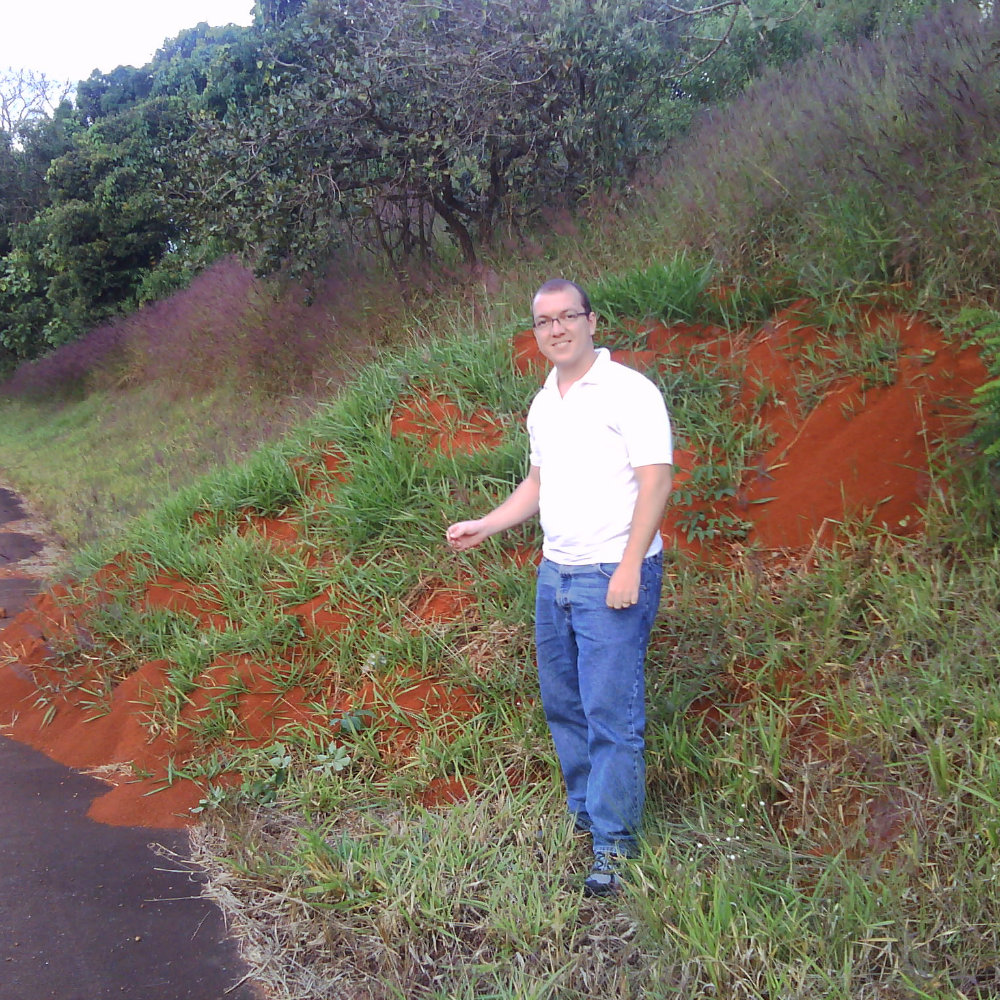 Roads and freeways, paved or dirt, can be more than a thoroughfare for moving humans from one place to another.

As UF researchers working in Brazil are learning and documenting, an unintended and ironic consequence of building roads for agricultural expansion is that roads can create the ideal habitat for insects that can be major agricultural pests.

Ernane Vieira-Neto, a Ph.D. candidate in Wildlife Ecology and Conservation and a student in UF’s Tropical Conservation and Development Program, is among biologists worldwide who are concerned about the effects on biodiversity of roads that are cutting into the heart of previously inaccessible wilderness areas.

His research, based on four years of field study, focuses on leaf-cutter ants. One of the most iconic and ecologically important species of Latin America, when leaf-cutter populations expand into farmers’ fields, they can cause millions of dollars in crop losses each year despite widespread application of highly toxic pesticides.

In a study slated for publication this month in the Journal of Applied Ecology, Vieira-Neto and colleagues from UF’s Center for Latin American Studies and Brazil’s Universidade Federal de Uberlandia – Emilio Bruna and Heraldo Vasconcelos – noted an explosion in population of leaf-cutter ants along roadsides in the Brazilian savanna ecosystem known as the Cerrado.

A global diversity hotspot about 10 times the size of Florida, this region is responsible for Brazil’s emergence as an agricultural superpower, with approximately 4,600 miles of roads slated for construction in the next two decades.

In the paper, titled “Roads Increase Population Growth Rates of a Native Leaf-cutter Ant in Neotropical Savannahs,” Vieira-Neto and colleagues present data from field surveys demonstrating that the number of ant colonies next to roads increases dramatically when compared to nearby areas of native vegetation. The researchers used mathematical models to show roadsides are the ideal habitat for queens to start their new colonies, which grow very rapidly.

“For population growth, every individual colony and life stage is important,” said Vieira-Neto. “But events that occur so early in the life cycle of a leaf-cutter ant colony, such as successful colony foundation by the ant queen and colony survival as a juvenile, are more prevalent near roads and have relatively more importance for the population than late-life events.”

The researchers predicts that the increasing numbers along new roads of one of the biggest agricultural pests farmers have ever encountered could have major economic effects. In addition, because these insects also are major ecological engineers, their increased numbers will have consequences for other plant and animal species and ecosystems such as nutrient cycling.

“No matter where they are built, roads have unintended consequences for native plants and animals,” Bruna said. “Our results suggest that the impacts of roads on native biodiversity can have not only ecological impacts on other plants and animals, but potentially unexpected economic ones as well.”