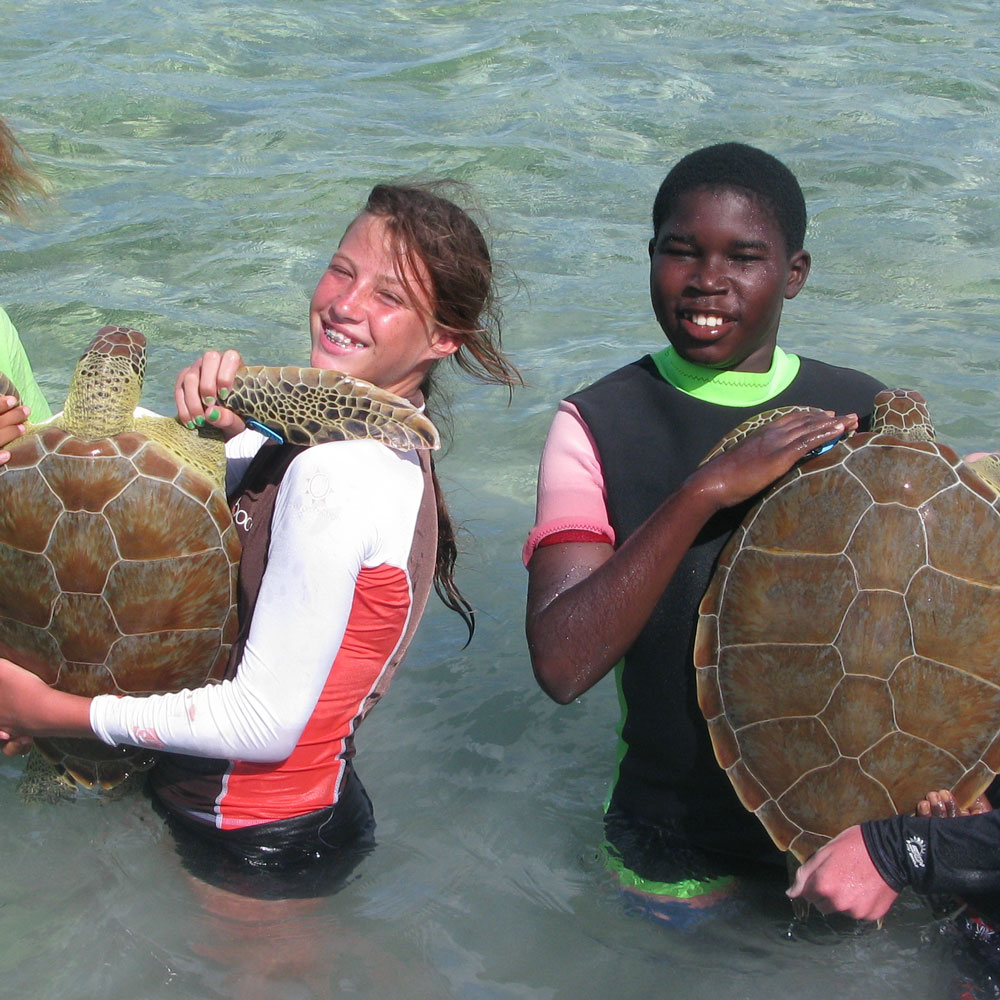 When your life’s work is protecting endangered species, progress is often marked in incremental victories. But the efforts of University of Florida researchers are taking a major leap forward through a Disney Conservation Fund initiative that aims to save threatened species from extinction.

Partners in the 10-year initiative announced today include the Jane Goodall Institute, the National Park Foundation, the National Wildlife Federation and The Nature Conservancy. UF – the only university in the network – will focus on sea turtles and butterflies.

The Reverse the Decline, Increase the Time initiative celebrates the 20th anniversary of the Disney Conservation Fund, which has contributed $40 million to projects in 115 countries since its creation. The 10-year time frame opens the door to projects with a lasting impact, said Alan Bolten, associate director of UF’s Archie Carr Center for Sea Turtle Research. With Disney’s support, Bolten and the center’s director, Karen Bjorndal, have mapped out a strategy to help sea turtles on both sides of the Atlantic.

“It's a game changer,” Bolten said. “A lot of agencies are interested in short-term results. Disney really does understand the long-term time horizon for these major conservation research initiatives.”

The turtle team’s work focuses on five species of endangered and threatened sea turtles in Florida, working to understand and reduce threats from commercial fishing, habitat loss and climate change. They’ll gather data to help monitor populations, work to increase public awareness and partner with groups around the state to restore marine habitat and beach nesting areas. Because Florida turtles can travel thousands of miles through the ocean, the effort extends from the Azores to the Bahamas, Bjorndal said.

UF’s butterfly project, led by Jaret Daniels of UF’s McGuire Center for Lepidoptera and Biodiversity, is similarly far-reaching. Along with governmental and nonprofit partners in Florida and California, Daniels is working to identify the most threatened species in both states, developing a plan for habitat restoration, captive breeding and reintroduction.

Disney’s Animals, Science and Environment team will work with UF to help protect the species and their habitats, many of which are near Disney parks. Other teams will work to protect elephants, coral reefs, monkeys, great apes, sharks and rays, cranes, rhinos and tigers, while a second component of the initiative aims to increase the time kids spend in nature.

“Wildlife and wild places have always been an inspiration to Disney, and we take pride in instilling that same inspiration in kids and families,” said Beth Stevens, senior vice president for corporate citizenship for The Walt Disney Company. “We believe that conservation and caring for the planet are more than just good ideas—they are core to who we are as a company. With the Disney Conservation Fund’s new initiative, it is our hope that our actions will help protect some of nature’s most precious habitats and ensure the health of our planet for generations to come.”