Saving the treasures of a sunken world 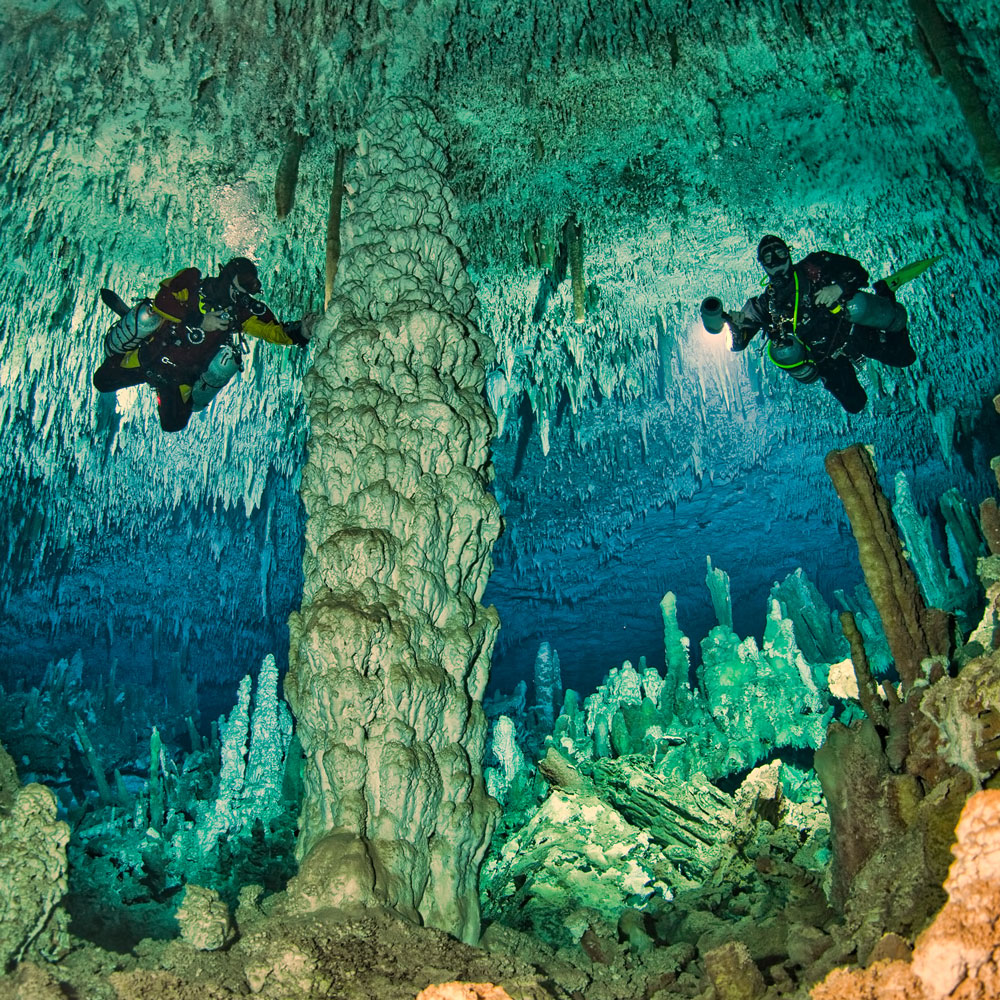 A new national park protects the past, future of the Bahamas’ blue holes

An underwater graveyard of prehistoric mega-reptiles has long been a trove of scientific discovery. Now that these flooded caves in the Bahamas have gained national protection, they could be a key to restoring the islands’ biodiversity.

For four years, scientists – including University of Florida ornithologist David Steadman and Bahamian research diver Brian Kakuk – campaigned for a national park to protect flooded caves known as blue holes. The Bahamian government recently accepted the proposal to create the 34,000-acre South Abaco Blue Holes Park, along with 14 other new marine and land parks in the Bahamas, for a total of more than 2 million acres.

Kakuk’s first fossil finds led to discoveries that changed what scientists thought they knew about the Bahamas. Probing the contours of some of the world’s most dangerous underwater caves, Kakuk found the Bahamas’ oldest crocodile, tortoise and even human remains — remnants of a sunken world.

“There’s nothing like the Bahamas’ blue holes on the rest of the planet,” said Kakuk, a dive instructor and former Navy diver based on Great Abaco Island. 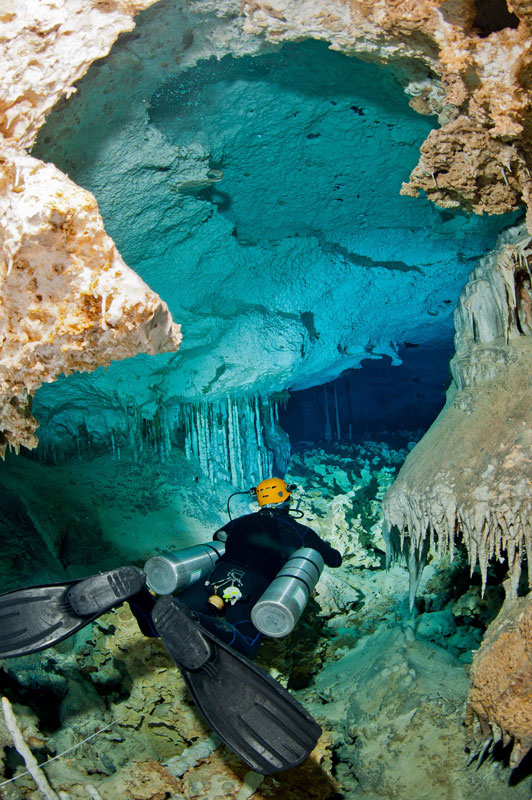 A diver negotiates the Badlands of Dan's Cave on Great Abaco Island. Abaco’s earliest people frequented the much drier cave systems beginning 1,000 years ago, as many species of birds, mammals and large reptiles had for thousands of years before. But as sea levels rose after the last ice age, the caves became submerged. Now, 10,000-year-old fossils pulled from Abaco’s blue holes like Sawmill Sink and Dan’s Cave — where one can find the world’s longest underwater passage — are giving scientists at the Florida Museum of Natural History on the UF campus a better understanding of the impact of human and climate-driven change on island species.

“No other site portrays the Bahamas’ environmental heritage in more detail than Sawmill Sink,” said Steadman, curator of ornithology at the Florida Museum. “We can go back in time clear to the last ice age 15,000 years ago and examine plants and animals that are extinct on the island today.”

The cave systems that Kakuk navigates in his search for fossils create formations like “Fang Horn Forest” in Dan’s Cave, where divers have just enough room to move through a passage riddled with stalactites and stalagmites like a bed of nails on the top and bottom.

Although these fossils are protected by a labyrinth of cave passages and preserved thanks to a unique water chemistry found in the Bahamas, they could have been vulnerable to commercial land development and pollution without the protection of the national park.

“If the water became more acidic, or full of organic pollutants, it would not only degrade the water quality…it would degrade the fossils,” Steadman said.

Kakuk said the pristine condition of many fossils and bones pulled from the blue holes is what draws researchers from various fields.

“A lot of people, when they go to look at bird or crocodile fossils, they’re usually looking at a small piece and trying to interpret what it was,” Kakuk said. “We’re giving them the entire animal.”

The park will also protect a forest of endemic pine trees that grow on land above the caves and only exist on four Bahamian islands, opening the door to more land-based tourism on Abaco. The areas are also key to the survival of several endemic species, said Janet Franklin, a professor of geography at Arizona State University whose work has addressed the impacts of human-caused change on island plant communities. 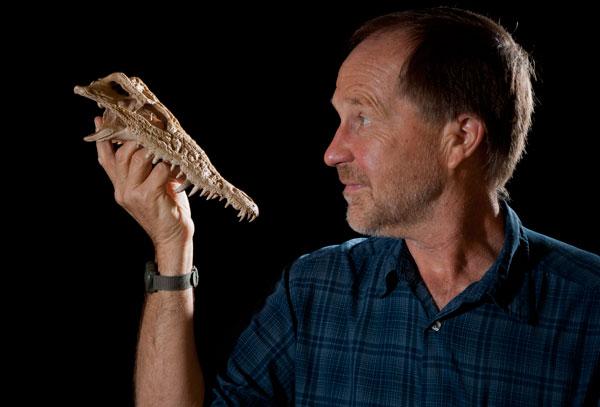 David Steadman has reconstructed the ancient food web of the Bahamian island of Abaco thanks to fossils of mega-reptiles, including the Cuban Crocodile, pulled from underwater cave systems. Florida Museum of Natural History photo by Kristen GraceSteadman and colleagues have recovered thousands of fossils from Sawmill Sink that show human activities such as habitat destruction pose a greater threat to island species than modern human-driven climate change. Among the 39 species that no longer exist on Abaco, 17 species of birds likely fell victim to huge changes in climate and rising sea levels around the end of the last ice age, about 10,000 years ago. Twenty-two other species of reptiles, birds and mammals persisted through those dramatic environmental changes only to vanish after humans arrived on the island 1,000 years ago.

The new national parks offer Steadman and his colleagues the opportunity to begin introducing species, including rock iguanas and tortoises, back into the Bahamas from other places where they still survive.

“We know that every island in the Bahamas used to have tortoises and that they are now extinct, but we have close relatives still living on the South American mainland,” Steadman said.

There’s growing scientific evidence that tortoises make excellent seed dispersers, so the introduction of red-footed and yellow-footed tortoises could do wonders for plant life on the islands, Steadman said.

“Abaco has gone 900 years without tortoises — I’d love to see what it would look like 40 or 50 years after they are reintroduced,” Steadman said. “The new park is an area that can really inform the future and help us make it a little more natural than it is right now.”