Paleontologists find first fossil monkey in North America – but how did it get here? 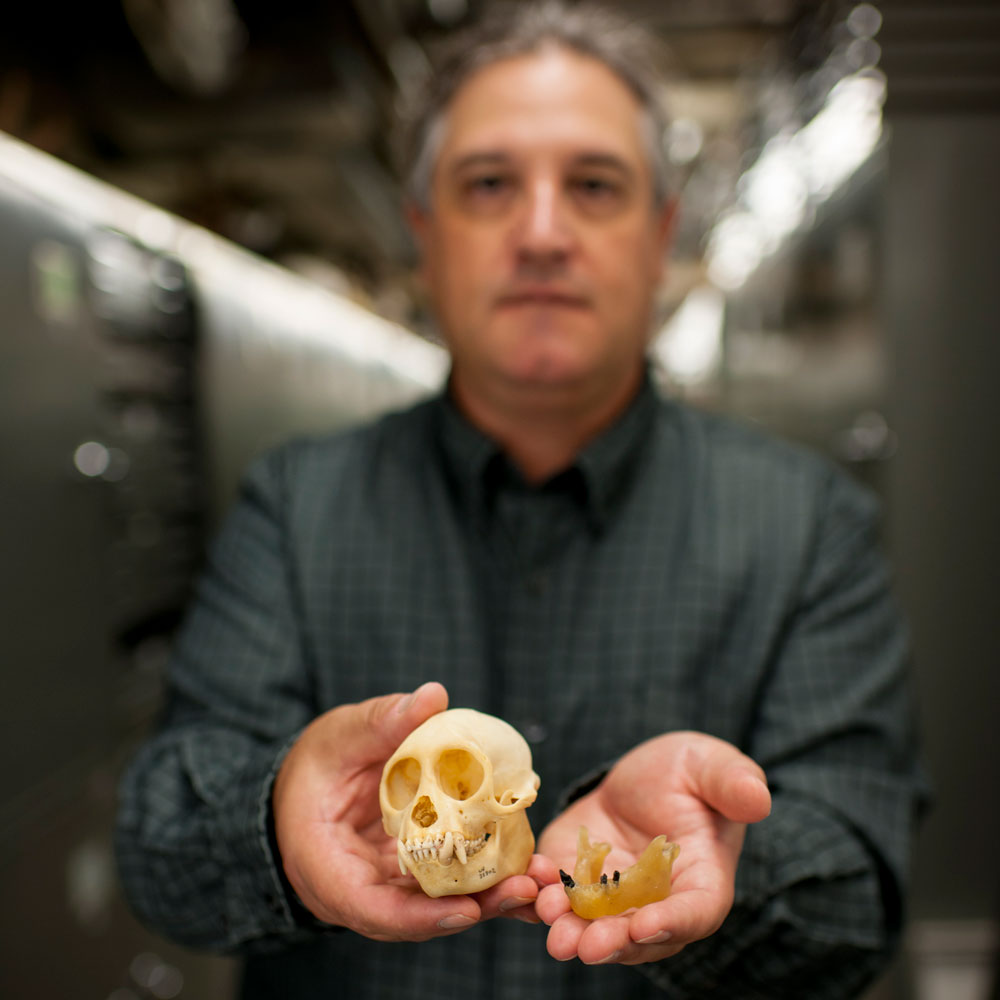 Seven tiny teeth tell the story of an ancient monkey that made a 100-mile ocean crossing between North and South America into modern-day Panama – the first fossil evidence for the existence of monkeys in North America.

The find provides the oldest fossil evidence for the interchange of mammals between South and North America and challenges long-held views of South America as an island continent that evolved in isolation before the Isthmus of Panama was formed and animals began crossing between the continents about 3.5 million years ago, said Jonathan Bloch, curator of vertebrate paleontology at the Florida Museum of Natural History on the University of Florida campus. Study findings are detailed online today in the journal Nature.

Scientists uncovered the teeth belonging to the 21-million-year-old forest-dwelling primate during recent excavations related to the expansion of the Panama Canal. The new genus and species, dubbed Panamacebus transitus, received its name from the Latin word transit, meaning crossing.

It is somewhat of a mystery how P. transitus traveled across the sea dividing North and South America during the early Miocene. It may have swum across, but this would have required covering a distance of more than 100 miles, a difficult feat for even the most talented long-distance swimmers. It’s more likely P. transitus unintentionally rafted across on mats of vegetation, much like their ancestors who probably made their way from Africa to the New World in a similar fashion, Bloch said.

The unearthing of P. transitus – which probably looked a lot like a capuchin or “organ grinder” monkey – adds a new chapter to the “utterly bizarre” history of New World monkeys, Bloch said.

“Somehow they made a transoceanic journey from Africa, then they dispersed throughout South America,” Bloch said. “Now we see that they, as far as we know, are the only mammal that successfully crossed the early Miocene Central American Seaway into present day Panama. So how were monkeys able to do this? Hopefully future fossil discoveries will help us better understand this extraordinary history.”

“Uncovering a monkey this old in Central America, at the southern-most point of the North American landmass, is similar in some ways to finding Homo erectus, an extinct human ancestor known only from Africa and Asia, in Australia,” Bloch said

It also provides fossil evidence for a pattern previously documented by molecular scientists who have suggested for some time that a variety of animals, including amphibians, reptiles, freshwater fishes and insects made ocean crossings between North and South America during the early Miocene.

New World monkeys today are restricted to tropical forests from Brazil to southern Mexico, but during the early Miocene they were found throughout South America, including some of the continent’s highest latitudes. The new primate raises the question of why these monkeys are not found farther north once they crossed the seaway into Panama, said study co-author Aaron Wood, who discovered the first teeth belonging to P. transitus as a Florida Museum postdoctoral researcher in 2012.

“While the fossil mammals found with P. transitus include horses, camels and squirrels that look like what paleontologists have found in the early Miocene of Mexico, Texas and Florida, the new monkey was limited to the southernmost point of the continent,” said Wood, now a paleontologist with Iowa State University. “The ancient South American-derived forests found in Panama were absent in northern Central America at the time, preventing monkeys from moving north, even though climate and geographic barriers like oceans did not wholly restrict their northward movements.”

But the same dense jungles that provide monkeys with the fruits and habitats they enjoy today also make it difficult to find fossils in the tropics, Bloch said.

“We hope to find more monkey fossils, but time is definitely a factor,” Bloch said. “We’re fighting against the forest that wants to grow over the rocks again. The expansion of the Panama Canal provides a once-in-a-century opportunity for these kinds of exciting discoveries. But we can’t assume we’ll always be able access these rock exposures.” 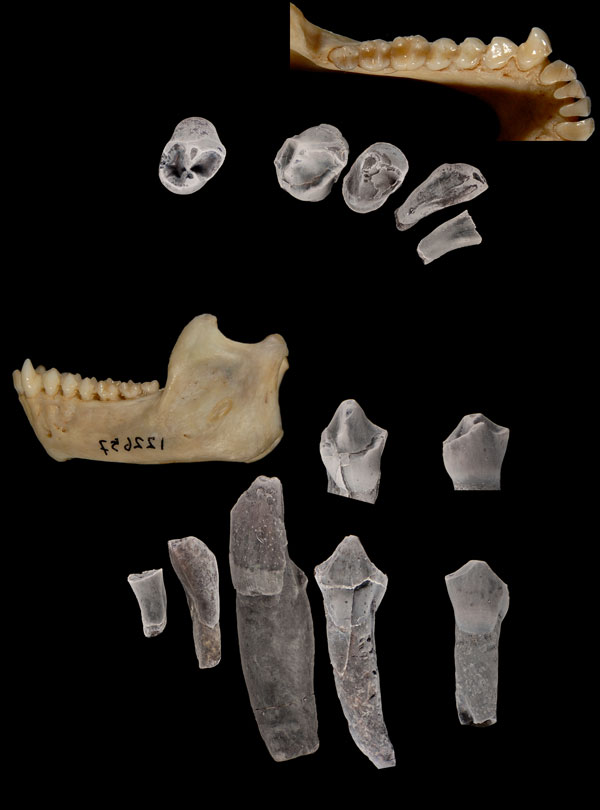 Micro-CT scans of the fossil specimens are available for viewing in 3-D or for 3-D printing at the following website: http://morphosource.org/index.php