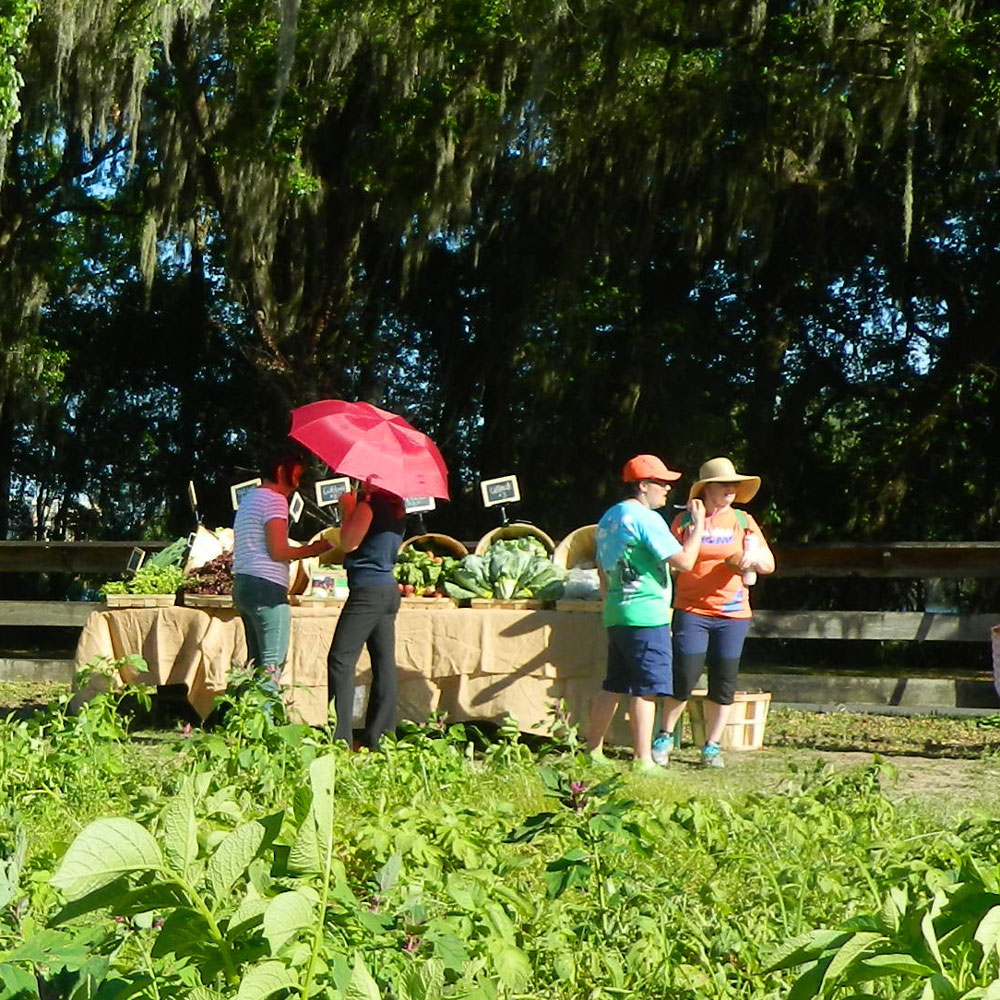 As the sun started to set over the Field and Fork Gardens, students sampled food made from local produce and enjoyed demonstrations by local chefs while others planted corn with the Gator Gardening Club.

The first event of its kind, Fresh Off The Farm allowed students to learn about eating local and how to use fresh produce. The April 8 event – a collaboration between Field and Fork Pantry, Student Government, the Culinary Arts Student Union and Gator Gardening Club – included local farmers selling produce, garden tours and musical performances.

Steven Che, CASU founder and culinary director, said people often think they don’t like vegetables because they’re getting produce grown in mass production, where the focus isn’t on taste, and eating vegetables that are out of season, which are no longer at the peak of flavor, he said. The festival showed off fresh, local alternatives.

Interacting with farmers gives you an appreciation for and allows you to be a part of your local community, said Joselin Padron-Rasines, UF’s student government president.

Students often don’t buy local because of convenience, McNamara said. They’re concerned about classes, on tight budgets and can be intimidated about buying local when comparing the prices to Publix.

“If you get used to buying in season, then it can be extremely affordable, but that’s not the way that we’re grown up in America,” she said. “They just don’t know that buying strawberries out of season can be not the most affordable option so that deters them from buying locally.”

The biggest barrier to students buying local is they don’t know that it exists, McNamara said.

“Now that this event happened and things like that continue to go down on campus,” she said, “they’ll learn more about it and be able to use those services,” she said.