Moving inventions beyond the lab 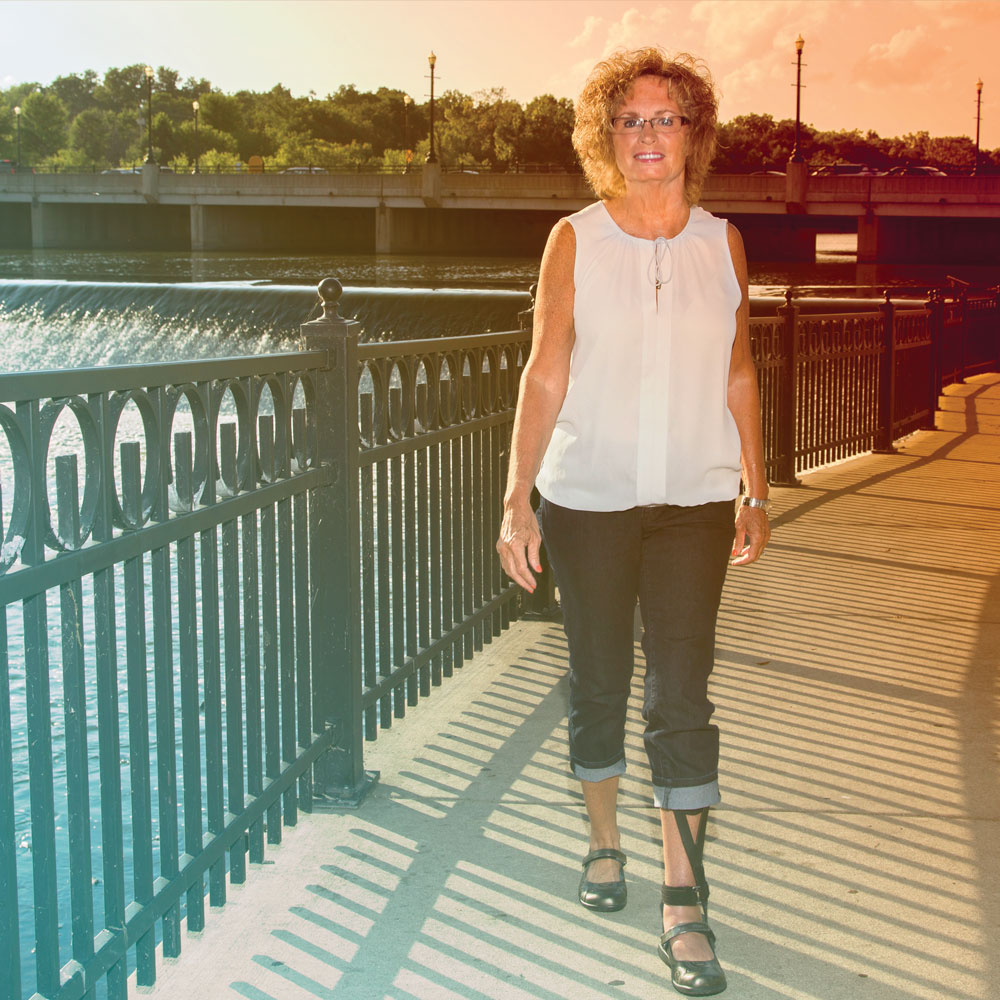 Shirley Pincus woke up in her hospital bed and waited for the pain.

Years of failed surgeries had eroded her optimism. The pain always came back.

A nerve block hadn’t helped. Amputating the tips of two toes didn’t, either. A nerve-repair technology invented by University of Florida scientists had given her a glimmer of hope, but after more than seven hours of surgery at a Chicago hospital, Pincus steeled herself for the possibility of another disappointment.

The human-resource manager’s left foot started aching in 2008. Within months, the pain became debilitating. She and her husband used to hike and walk on the beach, but now she could barely make it through the workday.

“Every day around 2 p.m., I braced myself for the white-hot, stabbing, throbbing, jolting pain that would come,” she said.

Years went by. Treatment after treatment yielded no improvement. Then one night in 2013, she came home from work and got into bed, the pain too overwhelming for anything else. She took out her iPad and started searching for anything that might help. That was when she found two doctors who offered the UF-developed nerve graft, which is made from cadaver tissue.

Nerve transplants from a patient’s own body have a major drawback: The area where the donor nerve is taken loses feeling. Cadaver nerves eliminate the need for a donor site, but faced some obstacles of their own. A thousand miles apart, two scientists were tackling those hurdles from two different angles. UF biomedical engineer Christine Schmidt – then with the University of Texas at Austin – had discovered how to strip away the parts of the donor nerve that spurred an immune response without destroying the nerve’s microarchitecture. In Gainesville, UF pediatrician and neuroscientist David Muir had figured out how to remove the components that inhibited the nerve’s regeneration. Together, the two breakthroughs made it possible to transplant cadaver nerves. There was just one problem.

“It was too applied,” Schmidt explained. “It wasn’t exciting to the scientific community.”

Schmidt feared the discovery had hit a dead end. There wouldn’t be any big grants to take the finding from the lab to the operating room, where millions of patients like Pincus needed it.

“If inventions don’t get into a clinic or the commercial sector, in a sense, what’s the point?” Schmidt said.

The story might have ended there if it weren’t for UF’s Office of Technology Licensing, which connects investors and entrepreneurs with UF inventions, launching more than 175 biomedical and technology startups since 2001. One of those companies was AxoGen, which licensed the nerve-regeneration technology and brought it to market. Setting up in UF’s Sid Martin Biotechnology Incubator jump-started their progress, said AxoGen CEO Karen Zaderej. Instead of spending six months finding an office and equipment, their scientists were in labs within a month. 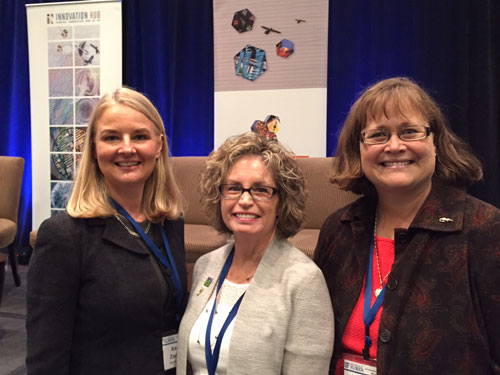 AxoGen CEO Karen Zaderej, nerve graft recipient Shirley Pincus and UF's Christine Schmidt, whose research made the graft possible. Zaderej was speaking at UF’s Celebration of Innovation, where startups based on UF technologies courted potential investors. She shared the stage with some of the people who helped bring the nerve graft to market, including Christine Schmidt and an investor whose company had funded AxoGen. At the other end of stage sat Shirley Pincus, who recounted the day two years ago that she woke up after receiving three of AxoGen’s grafts and waited for the pain to return.

“The pain that had plagued me for five or six years was gone in a day,” she said. “Thank you so much.”

‌‌Discover more startups based on UF inventions – and technologies available to license – at research.ufl.edu/otl.