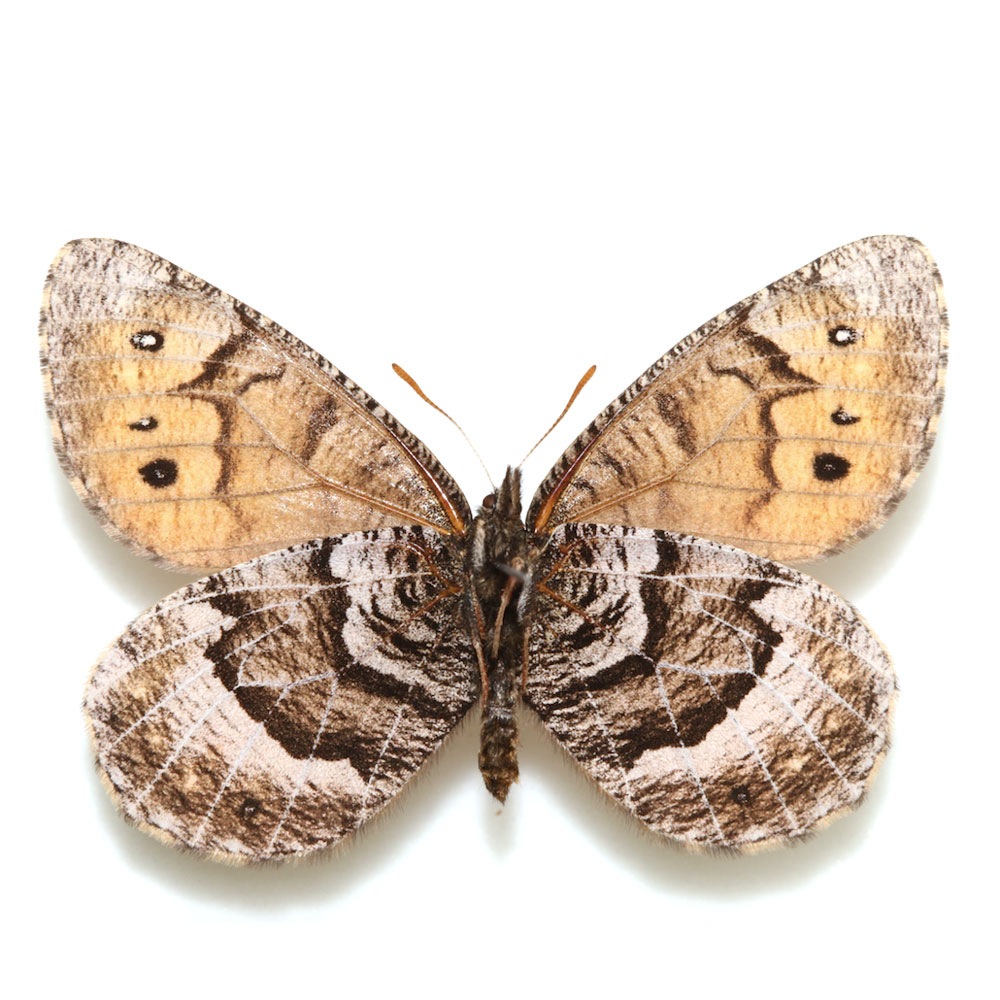 Some might say it takes a rare breed to survive the Alaska wilderness. The discovery of a possible new species of hybrid butterfly from the state’s interior is proving that theory correct.

Belonging to a group known as the Arctics, the Tanana Arctic, Oeneis tanana, is the first new butterfly species described from the Last Frontier in 28 years and may be its only endemic butterfly.

University of Florida lepidopterist Andrew Warren suggests the butterfly could be the result of a rare and unlikely hybridization between two related species, both specially adapted for the harsh arctic climate, perhaps before the last ice age. Details of the finding are available online today in the Journal of Research on the Lepidoptera.

Digging deeper into the Tanana Arctic’s origins may reveal secrets about the geological history of arctic North America and the evolution of hybrid species, said Warren, who led the new study. 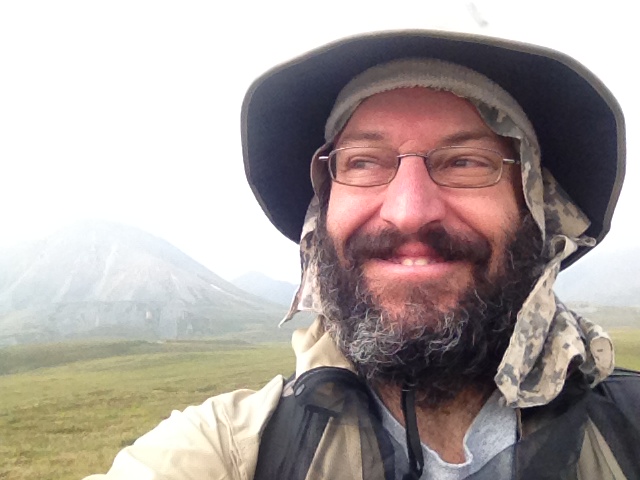 ‌“Hybrid species demonstrate that animals evolved in a way that people haven’t really thought about much before, although the phenomenon is fairly well studied in plants,” said Warren, senior collections manager at the McGuire Center for Lepidoptera and Biodiversity at the Florida Museum of Natural History on the UF campus. “Scientists who study plants and fish have suggested that unglaciated parts of ancient Alaska known as Beringia, including the strip of land that once connected Asia and what's now Alaska, served as a refuge where plants and animals waited out the last ice age and then moved eastward or southward from there. This is potentially a supporting piece of evidence for that.”

The new butterfly lives in the spruce and aspen forests of the Tanana-Yukon River Basin, most or all of which was never glaciated during the last ice age, about 28,000 to 14,000 years ago. Study researchers suggest that sometime in the past, two related species, the Chryxus Arctic, O. chryxus, and the White-veined Arctic, O. bore, may have mated and their hybrid offspring subsequently evolved into the Tanana Arctic. Then, during the coldest part of the last ice age, the Tanana Arctic and White-veined Arctic apparently remained in Beringia while the Chryxus Arctic was pushed south into the Rocky Mountains. This would mean all three species were once present in Beringia before the last ice age, Warren said. 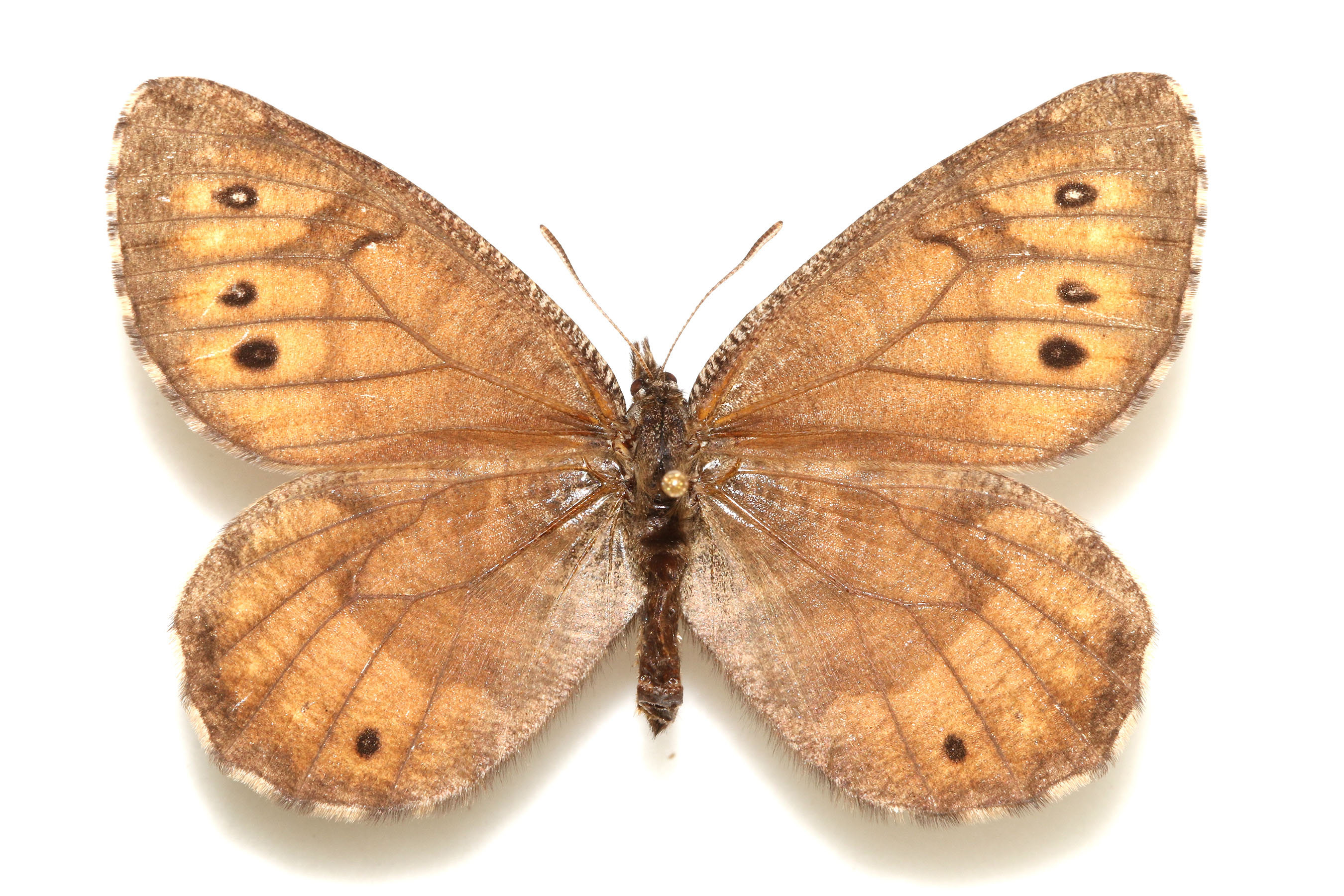 For more than 60 years the Tanana Arctic hid beneath scientists’ noses incognito as its very similar relative the Chryxus Arctic, until Warren noticed its distinct characteristics while curating collections at the McGuire Center.

In addition to expanded white specks on the underside of its penny-colored wings giving it a ‘frosted’ appearance, the Tanana Arctic is larger and darker than the Chryxus Arctic. It also has a unique DNA sequence, which is nearly identical to those found in nearby populations of White-veined Arctics, further supporting the hypothesis the new species may be a hybrid, Warren said.

“Once we sequence the genome, we’ll be able to say whether any special traits helped the butterfly survive in harsh environments,” he said. “This study is just the first of what will undoubtedly be many on this cool butterfly.”

Warren said more field research is needed to investigate whether the Tanana Arctic also exists further east into the Yukon. Other species of Arctics are found in places like Russia and Siberia. The group is known for living in environments too cold and extreme for most other butterflies, and they survive in part thanks to a natural antifreeze their bodies produce.

Because butterflies react extremely quickly to climate change, the new butterfly could serve as an early warning indicator of environmental changes in the relatively untouched areas of Alaska where the Tanana Arctic flutters.

“This butterfly has apparently lived in the Tanana River valley for so long that if it ever moves out, we’ll be able to say ‘Wow, there are some changes happening,’” Warren said. “This is a region where the permafrost is already melting and the climate is changing.”

Warren plans to go back to the Yukon-Tanana basins next year in search of the Tanana Arctic. He hopes fieldwork in this rugged environment will result in fresh specimens to fully sequence the species’ genome, which will reveal the butterfly’s genetic history, including if it is truly a hybrid.

“New butterflies are not discovered very often in the U.S. because our fauna is relatively well-known,” Warren said. “There are around 825 species recorded from the U.S. and Canada. But with the complex geography in the western U.S., there are still going to be some surprises.”