UF to hop into hops varieties for microbreweries 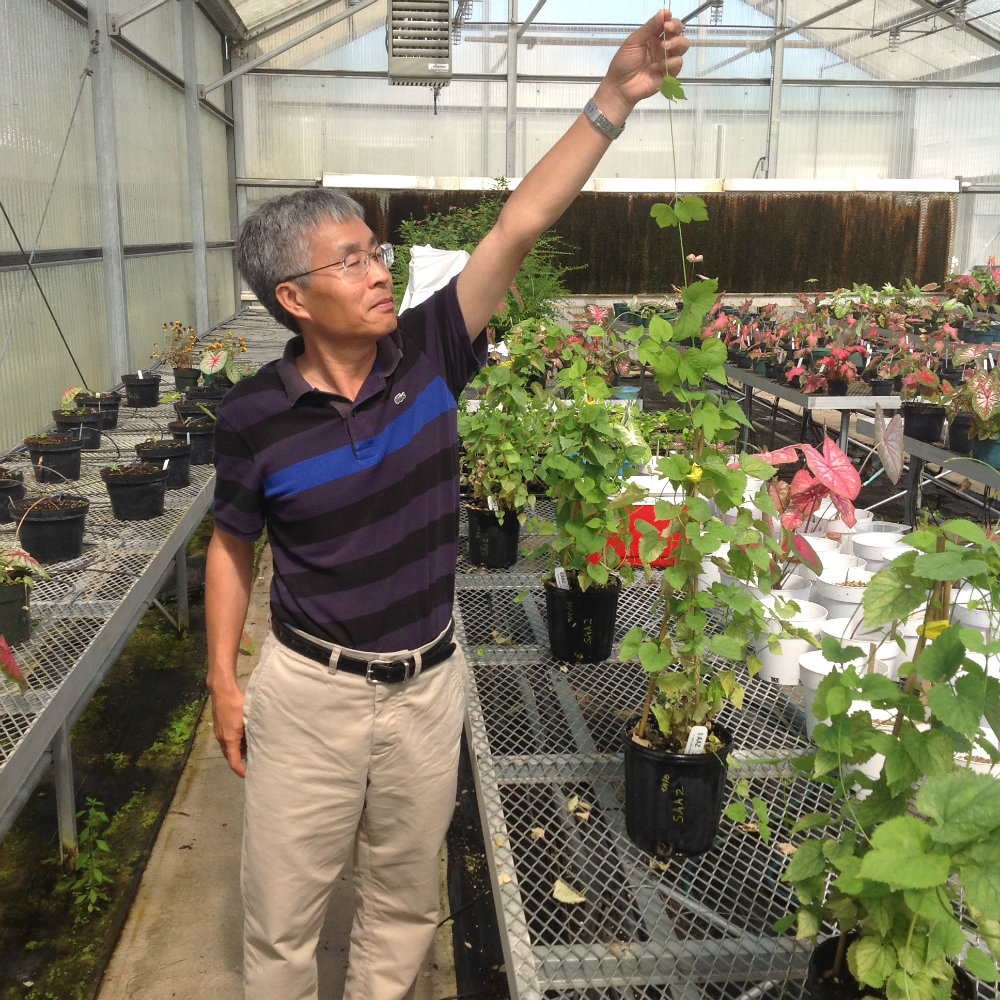 University of Florida researchers hope to help farmers hop into the beer business by cultivating hops.

Scientists with UF’s Institute of Food and Agricultural Sciences will work with a $158,000 grant from the Florida Department of Agriculture and Consumers Services to develop a viable hops crop. Hops, which have a long history of use in Chinese herbal medicine, are currently used to make beer.

What started as a personal experiment turned into a trial of four hops varieties at the UF/IFAS Mid-Florida Research and Education Center in Apopka, said Brian Pearson, an assistant professor of environmental horticulture at the center. Pearson has been growing hops for two years at his lab.

“I was looking to help homeowners augment what they were growing. It was just a labor of love,” Pearson said. “Then it dawned on me that this might have some serious potential.”

Pearson will work on the hops research project with Zhanao Deng, a principal investigator and professor of environmental horticulture, and Shinsuke Agehara, an assistant professor of horticultural sciences, both with the UF/IFAS Gulf Coast Research and Education Center in Balm.

“We hope to find out how well these hop varieties can grow in Florida, their yield potential, resistance to downy mildew disease and insect problems,” Deng said.

Hops would not only help growers looking for another alternative crop, it would help quench the thirst of the microbrewing industry, which is growing by leaps and bounds in Florida and across the United States.

Most of the calls Pearson gets about hops are from Central Florida growers whose citrus crops are not growing well and who have tried other alternative crops. But they also want to know whether they can make a profit from hops. Pearson tells them he can’t answer that yet, but he’s hopeful.

Craft beer produced and sold in Florida accounted for $875.9 million in 2013, Deng said. Production of Florida craft beer has increased nearly 10-fold in the last two years, from about 100,000 barrels per day to more than 1 million, Pearson said. Craft breweries have nearly tripled in Florida in the last two years – from 66 in 2013 to 182 in 2015.

Those craft breweries will probably import about 2 million pounds of hops and hops products this year from places like Washington, Oregon and Germany, said Simon Bollin, agribusiness development manager with the Hillsborough County Economic Development Department, who’s working with UF/IFAS researchers on the hops project.

“The craft beer consumer typically likes a product that is local and unique,” Bollin said. “If we could produce locally grown hops, it would give the craft beer a unique flavor produced by Florida’s soil and climate. It could be another value-added crop option for Florida farmers to help diversify their operations.”

Like high-end wines, craft beers tend to appeal more to the 26-to-49 age group and those with college degrees, Pearson said. With the college degrees, the younger demographic has more purchasing power, he said.

A microbrewery produces a maximum of 15,000 barrels, or 460,000 gallons, of beer per year, and at least 75 percent of that beer must be sold outside the brewery. A craft brewery brews no more than 2 million gallons per year and is independently owned. Another distinction is that craft breweries’ beer must contain at least 50 percent traditional malt, rather than oats, barley and wheat.

The industry has a $2 billion-a-year impact on Florida’s economy, according to the Brewers Association (https://www.brewersassociation.org/statistics/by-state/).

The UF/IFAS-led study will include surveying microbreweries to see what hop varieties interest them, testing 10 to 30 hop varieties, testing chemical and sensory qualities – all of which will give researchers a good idea whether the crop is viable in Florida.

As it stands, about 70 percent of American hops is grown in the Yakima Valley in Washington. UF/IFAS researchers hope to bring locally grown hops to microbreweries in Florida. The Sunshine State doesn’t grow wet hops, and they’re the key, Pearson said.

“High-end breweries like wet hops,” he said. “We want to show that you can have a Florida wet-hopped beer.

I’m excited. I know the home brewers are excited.”