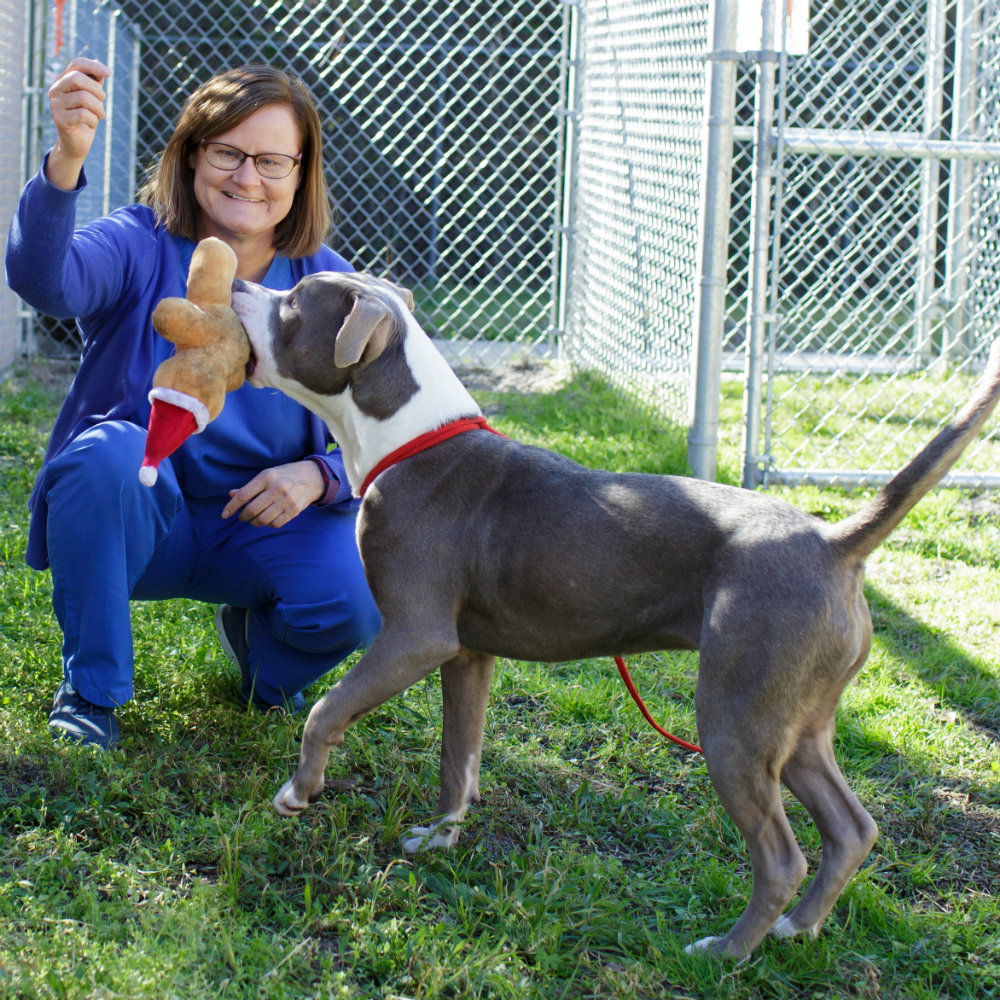 DNA results show that shelter workers are often mistaken when they label a dog as a pit bull, with potentially devastating consequences for the dogs, a new University of Florida study has found.

“Animal shelter staff and veterinarians are frequently expected to guess the breed of dogs based on appearance alone,” said Julie Levy, a professor of shelter medicine at the UF College of Veterinary Medicine and the lead author of a study published recently in The Veterinary Journal.

“Unlike many other things people can’t quite define but ‘know when they see it,’ identification of dogs as pit bulls can trigger an array of negative consequences, from the loss of housing, to being seized by animal control, to the taking of the dog’s life,” she said. “In the high-stakes world of animal shelters, a dog’s life might depend on a potential adopter’s momentary glimpse and assumptions about its suitability as a pet. If the shelter staff has labeled the dog as a pit bull, its chances for adoption automatically go down in many shelters.”

The past few decades have brought an increase in ownership restrictions on breeds including pit bulls and dogs that resemble them. The restrictions are based on assumptions that certain breeds are inherently dangerous, that such dogs can be reliably identified and that the restrictions will improve public safety, the study states.

The study focused on how accurately shelter staff identified dogs believed to be pit bulls. ‘Pit bull’ is not a recognized breed, but a term applied to dogs derived from the heritage breeds American Staffordshire terrier or Staffordshire bull terrier. The purebred American pit bull terrier is also derived from these breeds and is often included in the loose definition of ‘pit bull.’

The research team evaluated breed assessments of 120 dogs made by 16 shelter staff members, including four veterinarians, at four shelters. These staff members all had at least three years of experience working in a shelter environment. The researchers then took blood samples from the dogs, developed DNA profiles for each animal and compared the DNA findings against the staff’s initial assessments.

“We found that different shelter staffers who evaluated the same dogs at the same time had only a moderate level of agreement among themselves,” Levy said. Results of the study also showed that while limitations in available DNA profiles make absolute breed identification problematic, when visual identification was compared with DNA test results, the assessors in the study fared even worse.

Dogs with pit bull heritage breed DNA were identified only 33 to 75 percent of the time, depending on which of the staff members was judging them. Conversely, dogs lacking any genetic evidence of relevant breeds were labeled as pit bull-type dogs from 0 to 48 percent of the time, the researchers reported.

“Essentially we found that the marked lack of agreement observed among shelter staff members in categorizing the breeds of shelter dogs illustrates that reliable inclusion or exclusion of dogs as ‘pit bulls’ is not possible, even by experts,” Levy said. “These results raise difficult questions because shelter workers and veterinarians are expected to determine the breeds of dogs in their facilities on a daily basis. Additionally, they are often called on as experts as to whether a dog’s breed will trigger confiscation or regulatory action. The stakes for these dogs and their owners are in many cases very high.”

Dog breeds contain many genetic traits and variants, and the behavior of any individual dog is impossible to predict based on possible combinations.

“A dog’s physical appearance cannot tell observers anything about its behavior. Even dogs of similar appearance and the same breed often have diverse behavioral traits in the same way that human siblings often have very different personalities,” she said.

Even though most pet dogs are of unknown mixed breeds, there is a natural inclination among pet owners to speculate on what their dog’s breed heritage might be, the authors said.

“This has fueled an entire industry of pet dog DNA analysis,” Levy said. “These tests are fun, but they won’t help predict behavior or health traits. Shelters and veterinary clinics are better off entering ‘mixed breed’ or ‘unknown’ in their records unless the actual pedigrees are available.”

As for legal restrictions on dogs based on their appearance, Levy said public safety would be better served by reducing risk factors for dog bites, such as supervising children, recognizing canine body language, avoiding an unfamiliar dog in its territory, neutering dogs and raising puppies to be social companions.