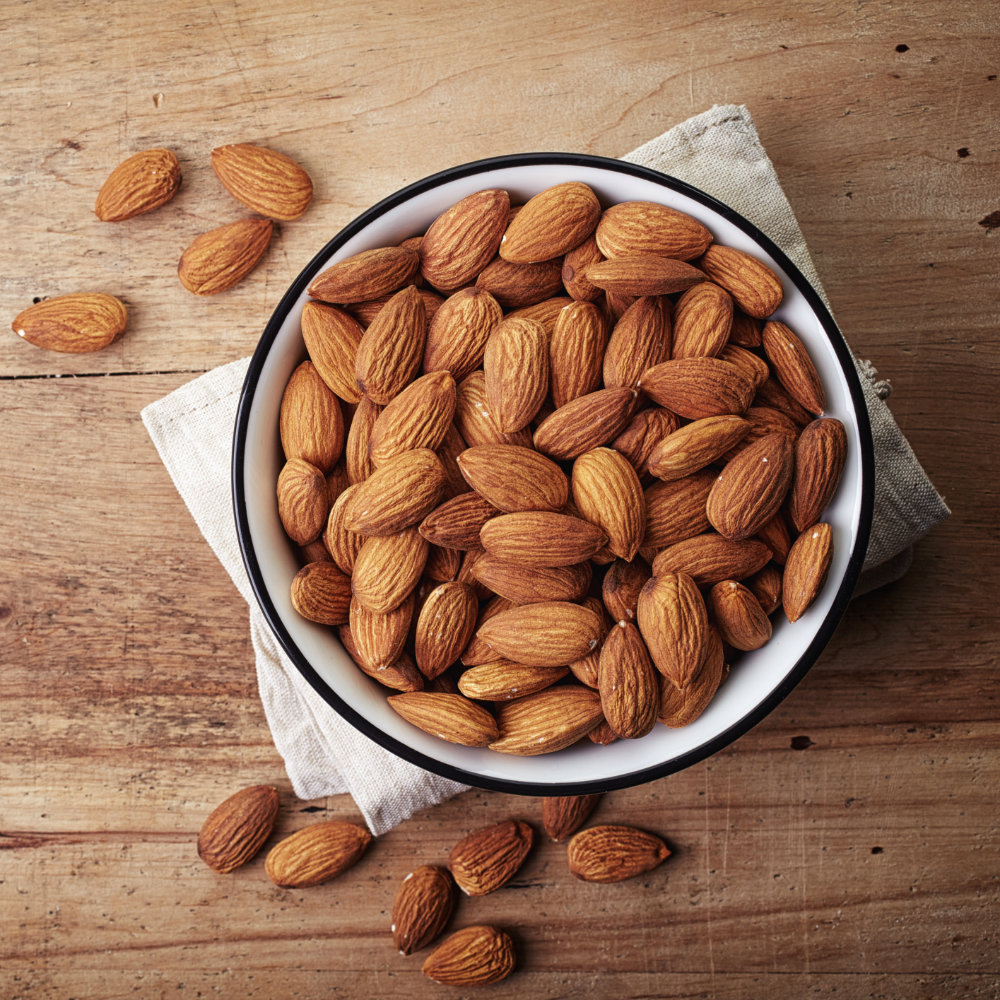 Just add a handful of almonds: a University of Florida study suggests that improving one’s diet can be as simple as that.

Researchers studied the effect that the addition of almonds can have on a person’s diet quality, based on data collected from 28 parent-child pairs living in North Central Florida.

The parents were instructed to eat 1.5 ounces of whole almonds each day during the three-week intervention portion of the research period, and the children were encouraged to eat half an ounce of whole almonds or an equivalent amount of almond butter each day. Although only one parent and one child’s habits were analyzed in the study, which was published in the December issue of the Journal of Nutrition Research, the researchers encouraged the whole family to participate and provided enough almonds and almond butter for everyone in the family to eat.

At the beginning of the 14-week research period the research subjects’ average Healthy Eating Index scores were 53.7 ± 1.8 for the parents and 53.7 ± 2.6 for the children. The Healthy Eating Index is a measure of diet quality that assesses conformance to the USDA’s Dietary Guidelines for Americans. A score below 51 is reflective of a poor diet, a score between 51 and 80 reflects a need for improvement and a score greater than 80 indicates a good diet.

The researchers believe the parents and children were replacing salty and processed snacks with almonds, said Alyssa Burns, a doctoral student in the UF/IFAS food science and human nutrition department who conducted the study.

Over the past 20 years, per-capita consumption of nuts and seeds has decreased in children 3 to 6 years old, while the consumption of savory snacks—like chips and pretzels—increased. Researchers were interested in studying the addition of almonds into 3- to 6-year-old children’s diets, because encouraging healthy eating habits during early childhood can have numerous lifelong benefits.

“The habits you have when you are younger are carried into adulthood, so if a parent is able to incorporate almonds or different healthy snacks into a child’s diet, it’s more likely that the child will choose those snacks later on in life,” Burns said.

They were also interested in learning how easy or difficult it is to incorporate almonds into the diets of preschool-aged children—an age when food preferences are developed.

“Some of the challenges that we saw were that the kids were getting bored with the almonds, or they didn’t like the taste of the almonds or the almond butter,” Burns said.

To counter that, she said they came up with creative ways for the parents to incorporate the almonds into their children’s diets—for instance, adding them to familiar foods like oatmeal, smoothies or sandwiches.

The study’s results suggest whole food approaches, like adding almonds to one’s diet, may be an achievable way to improve overall public health.

“Adding a variety of fruits, vegetables and nuts to your diet can improve your overall diet quality,” Burns said.

The Almond Board of California provided funding and supplied the almonds for the study.