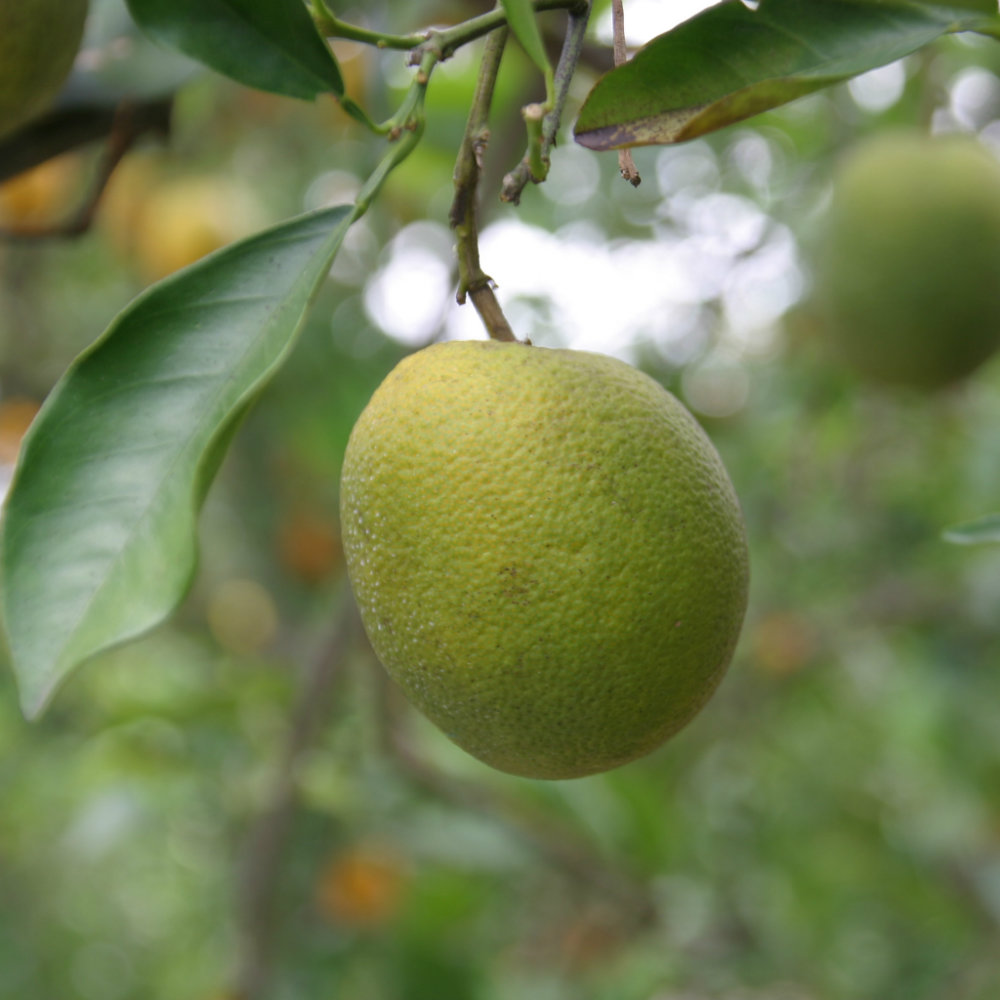 After a decade of battling the highly destructive citrus greening bacterium, researchers with the University of Florida’s Institute of Food and Agricultural Sciences have developed genetically modified citrus trees that show enhanced resistance to greening, and have the potential to resist canker and black spot, as well. However, the commercial availability of those trees is still several years away.

Jude Grosser, a professor of plant cell genetics at UF’s Institute of Food and Agricultural Sciences Citrus Research and Education Center, and Manjul Dutt, a research assistant scientist at the CREC, used a gene isolated from the Arabidopsis plant, a member of the mustard family, to create the new trees. Their experiment resulted in trees that exhibited enhanced resistance to greening, reduced disease severity and even several trees that remained disease-free after 36 months of planting in a field with a high number of diseased trees. The journal PLOS ONE recently published a paper on their study.

“Citrus crop improvement using conventional breeding methods is difficult and time consuming due to the long juvenile phase in citrus, which can vary from four to twelve years, “Grosser said. “Improvement of citrus through genetic engineering remains the fastest method for improvement of existing citrus cultivars and has been a key component in the University of Florida’s genetic improvement strategy.”

Citrus greening threatens to destroy Florida’s $10.7 billion citrus industry. The diseased bacterium first enters the tree via the tiny Asian citrus psyllid, which sucks on leaf sap and leaves behind the greening bacteria. The bacteria then move through the tree via the phloem – the veins of the tree. The disease starves the tree of nutrients, damages its roots and the tree produces fruits that are green and misshapen, unsuitable for sale as fresh fruit or, for the most part, juice. Most infected trees eventually die and the disease has already affected millions of citrus trees in North America.

Citrus greening was first detected in Florida in 2005. Florida has lost approximately 100,000 citrus acres and $3.6 billion in revenues since 2007, according to researchers with UF/IFAS.

Grosser and Dutt’s research team used sweet orange cultivars Hamlin and Valencia and created plants that defend themselves against pathogens utilizing a process called systemic acquired resistance, or SAR. SAR provides protection against a broad spectrum of microorganisms and is associated with the production of anti-pathogen proteins. Utilizing SAR has already resulted in the production of transgenic canker-resistant trees. Transgenic trees are those into which DNA from an unrelated organism has been artificially introduced.

Disease resistance to greening, also known as huanglongbing or HLB, in this study was evaluated in two ways.

First, in a greenhouse study conducted with Southern Gardens Citrus in Clewiston, several hundred trees (clones from several independent transgenic plant lines) were exposed continuously for two years to free-flying, greening-positive psyllids. Trees were routinely pruned and fertilized to stimulate new leaf production. These trees were evaluated every six months for two years for the presence of greening. The insects were also randomly evaluated during this study for the presence of the greening bacterium.

Approximately 45 percent of the trees expressing the Arabidopsis gene tested negative for greening. In three of the transgenic lines, the greening bacterium was not detected at all. Control trees tested positive for the presence of greening within six months and remained positive for the entire duration of the study.

In the second concurrent study, selected transgenic trees and controls were cloned, grown and planted in fields with a 90-percent HLB infection rate. These trees were similarly evaluated every six months for three years for the presence of the greening bacterium.

“In addition to inducing resistance to greening, this transgenic line could potentially protect our trees from other important citrus fungal and bacterial diseases such as citrus canker and black spot,” Dutt said.

The next steps include transferring this gene into additional commercial varieties and rootstocks that are commonly grown in Florida. In addition, researchers must ‘stack’ this gene with another transgene that provides resistance to the greening bacterium by a completely different mechanism. That will prevent the pathogen from overcoming the resistance in the field. It will still be several years before such trees will be available for commercial use.

The research was funded by the Citrus Research and Development Foundation, established by the University of Florida in 2009 to combat greening. The foundation is funded by the citrus box tax, a tax growers pay on each box of citrus they sell. The proceeds help to pay for citrus greening research at the University of Florida’s Citrus Research and Education Center and other institutions.