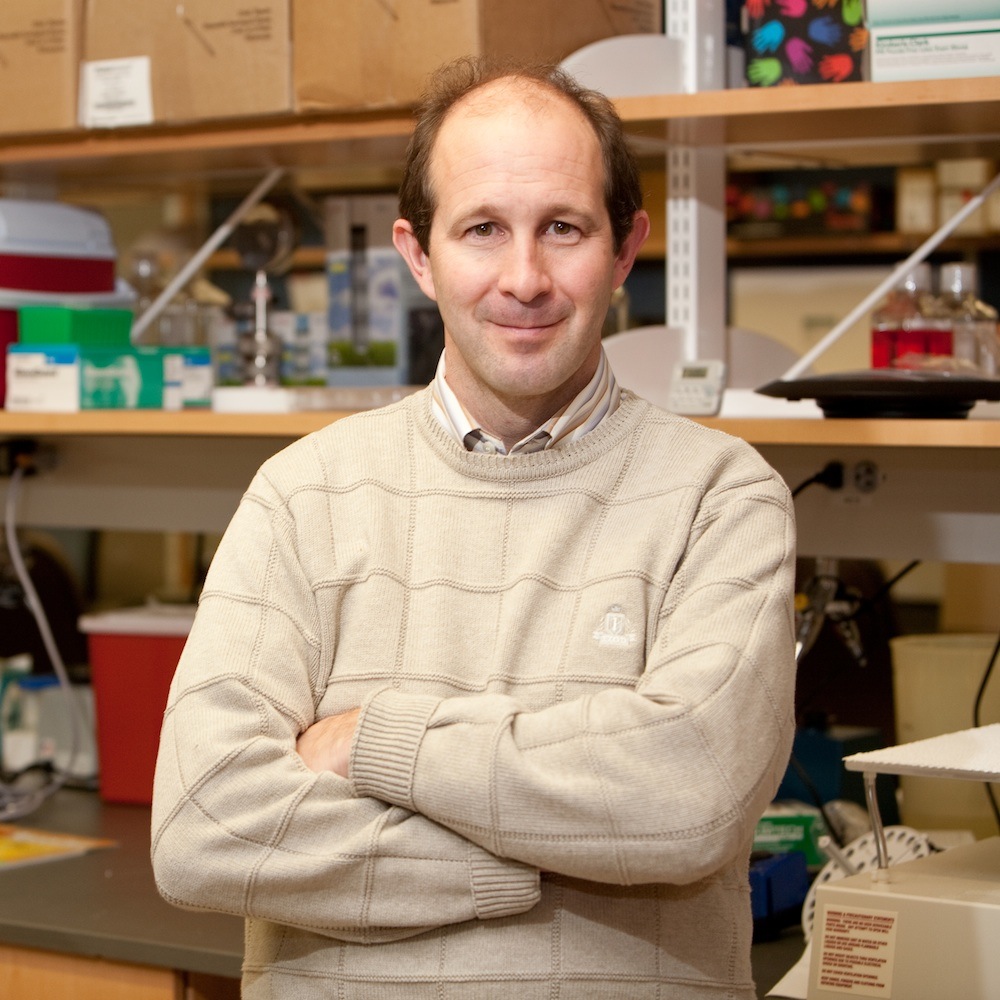 University of Florida Health researchers have uncovered more evidence of a link between the brain’s stress response and a protein related to Alzheimer’s disease.

The research, conducted on a mouse model and in human cells, found that a stress-coping hormone released by the brain boosts the production of protein fragments. Those protein pieces, known as amyloid beta, clump together and trigger the brain degeneration that leads to Alzheimer’s disease.

The findings were published recently in The EMBO Journal by a group that includes Todd Golde, M.D., Ph.D., director of the UF Center for Translational Research in Neurodegenerative Disease and a professor in the UF College of Medicine’s department of neuroscience.

“It adds detailed insight into the stress mechanisms that might promote at least one of the Alzheimer’s pathologies,” Golde said.

Figuring out the non-genetic factors that heighten the risk of Alzheimer’s disease is especially challenging, and the recent study is one step in a long process of looking at the effects of stress and other environmental factors, according to Golde. It could also point the way to a novel treatment approach in the future, he said.

Here is what researchers found: Stress causes the release of a hormone called corticotrophin releasing factor, or CRF, in the brain. That, in turn, increases production of amyloid beta. As amyloid beta collects in the brain, it initiates a complex degenerative cascade that leads to Alzheimer’s disease.

During laboratory testing, mouse models that were exposed to acute stress had more of the Alzheimer’s-related protein in their brains than those in a control group, researchers found. The stressed mice also had more of a specific form of amyloid beta, one that has a particularly pernicious role in the development of Alzheimer’s disease.

To better understand how CRF increases the amount of Alzheimer’s-related proteins, researchers then treated human neurons with CRF. That caused a significant increase in the amyloid proteins involved in Alzheimer’s disease.

Those and other complex experiments reveal more about the mechanics of a likely relationship between stress and Alzheimer’s disease. The stress hormone, CRF, causes an enzyme known as gamma secretase to increase its activity. That, in turn, causes more of the Alzheimer’s-related protein to be produced, Golde said.

Modifying environmental factors such as stress is yet another approach to warding off Alzheimer’s disease, and one that is easier than modifying the genes that cause the disorder, Golde said. One possible solution — blocking the CRF receptor that initiates the stress-induced process that generates Alzheimer’s-related proteins — didn’t work. Researchers are now looking at an antibody that could be used to block the stress hormone directly, Golde said.

“These softer, non-genetic factors that may confer risk of Alzheimer’s disease are much harder to address,” Golde said. “But we need more novel approaches in the pipeline than we have now.”

The idea of looking more closely at the mechanism linking stress and Alzheimer’s disease came from Seong-Hun Kim, M.D., Ph.D., a former assistant professor in the College of Medicine’s department of pharmacology and therapeutics and now a psychiatrist in Seattle. Much of the project’s experiments were done by Hyo-Jin Park, Ph.D., who was a postdoctoral associate during the project and is now an assistant scientist in the College of Medicine’s department of aging and geriatric research. Kevin Felsenstein, Ph.D., an associate professor of neuroscience in UF’s College of Medicine, also made major contributions to the work.

The research was supported by multiple grants from the National Institutes of Health and the U.S. Department of Veterans Affairs.