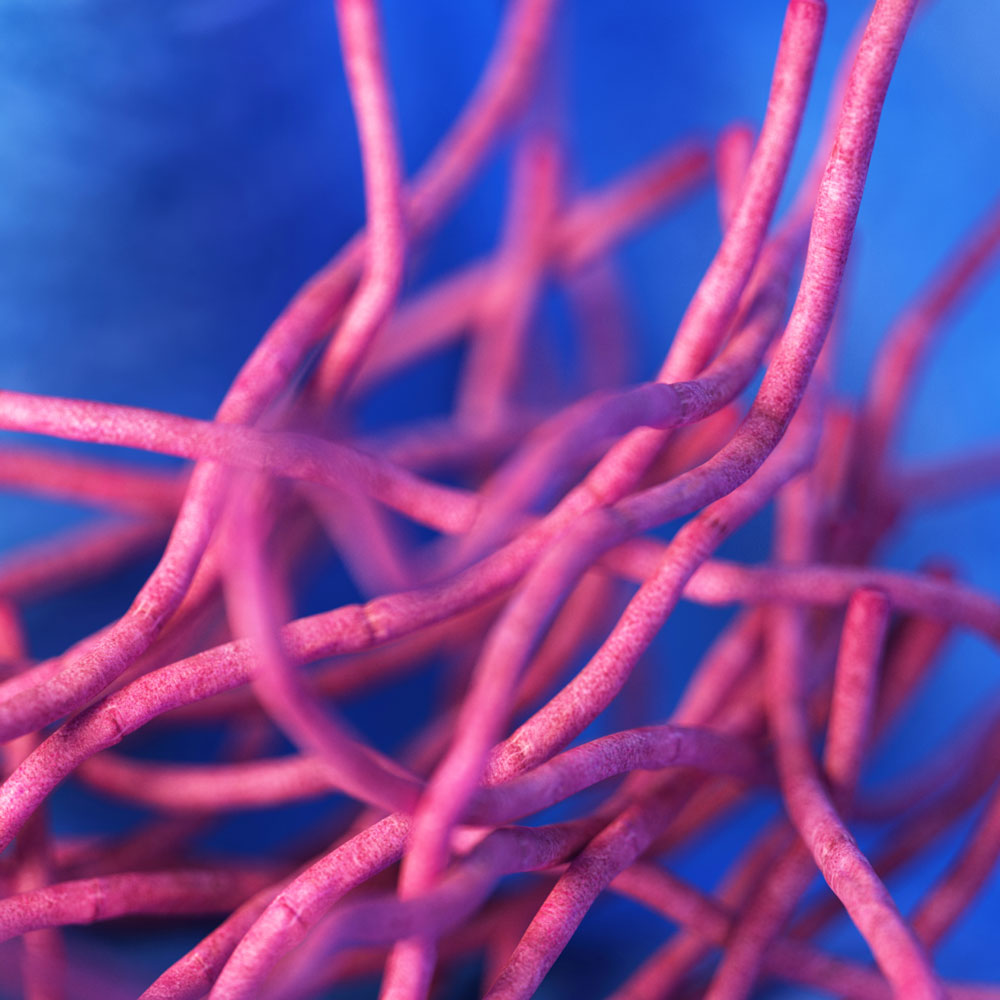 A new study has confirmed the presence of a unique, potentially vaccine-evasive strain of anthrax in central Nigeria.

The University of Florida study identified the Nigerian strain of the soil-borne Bacillus anthracis, the bacterium that causes anthrax, as part of a genetic group that had only been found in other West African countries, including Mali and neighboring Chad and Cameroon.

“This study helps describe how anthrax in Nigeria is related to B. anthracis in the surrounding region, which is notably one of the most interesting lineages worldwide,” said Jason Blackburn, an associate professor in the UF Department of Geography and the Emerging Pathogens Institute. Blackburn was the lead author in the study, which was published in PLOS Neglected Tropical Diseases in August.

Anthrax is a zoonotic disease – meaning it can spill over from animal populations to humans. Its spores live naturally in the soil and are ingested by grazing animals such as cattle, sheep, goats, and horses. Humans infected with the disease are not contagious, but infection can be serious, even fatal in some cases. In order to become infected, an individual has to come into direct contact with bacterial spores through a cut in the skin, inhalation, injection, or eating contaminated meat.

Although the incidence of the B. anthracis bacterium is low in the United States, infections occur annually across parts of the Midwest and Texas. The pathogen is more prevalent in agricultural regions of Central and South America, Southern and Eastern Europe, and sub-Saharan Africa. Most recently, the Caucasus region has seen some of the highest rates of human disease.

After recognizing that the strain of B. anthracis found in Nigeria was identical or nearly identical to strains found in several other West African countries, researchers used ecological niche modeling to estimate the geographic distribution of this strain group across the region. Their findings indicate potential high risk areas for the bacterium across central Nigeria and into Cameroon and Chad.

“Those maps can be used as a first pass at defining areas of greatest risk or highest importance for prioritizing anthrax surveillance,” Blackburn said.

This strain group, Blackburn added, poses particular risks to livestock. The study confirmed that the Nigerian strain of the bacterium shares two specific genetic traits with a strain in Mali that were identified as integral to the Mali strain’s ability infect animals that had been given the Sterne livestock vaccine. This vaccine is given to livestock around the globe to protect against anthrax.

As Africa’s most populated country, anthrax poses particular risks to Nigeria due to its ability to infect livestock and move from animal to human populations – especially given the possibility that standard vaccination efforts may not prove themselves effective.

“Efforts to distribute the Sterne vaccine to areas targeted by the niche models may not be effective at preventing livestock anthrax in Nigeria," Blackburn said.