It's little crabs vs. big environmental problems in reef habitats 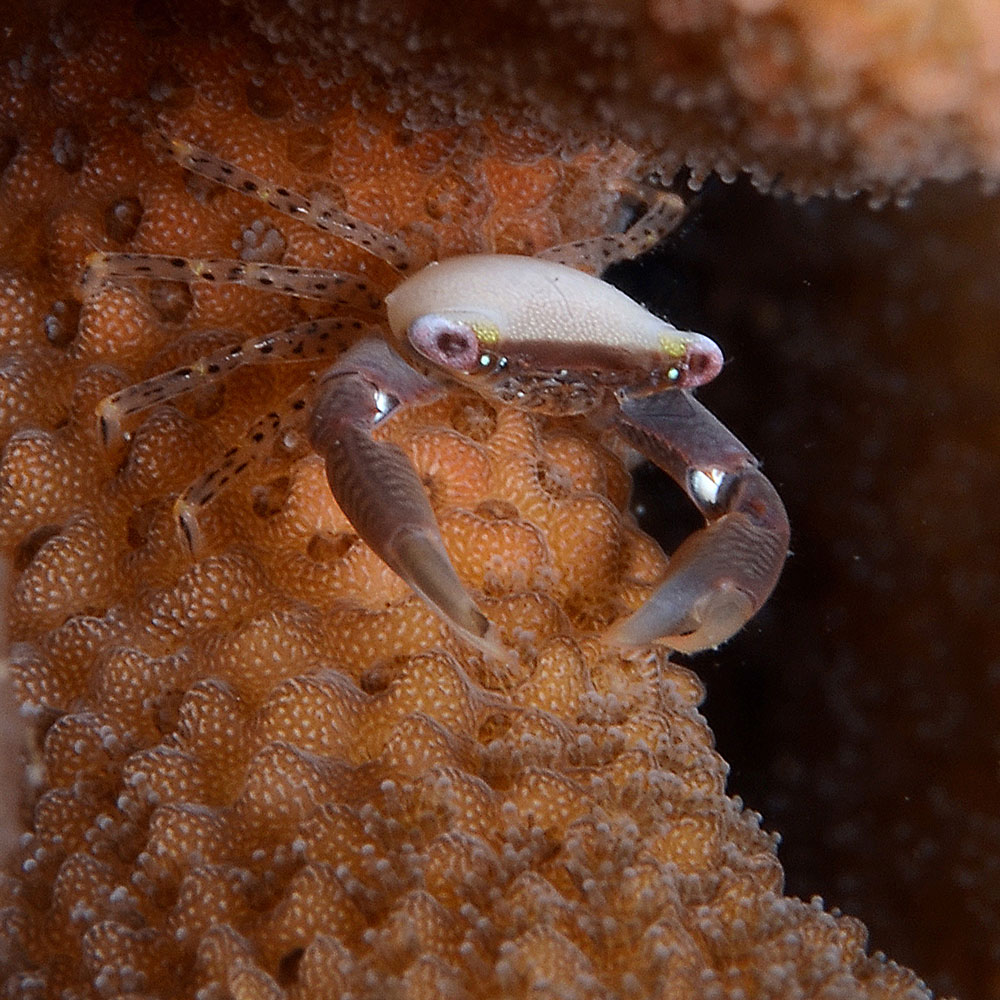 It’s tough out there for a crab. As if overfishing, ocean acidification and pollution were not enough, they are also dealing with losing a key habitat: coral reefs. A University of Florida researcher says the oceans’ smallest crabs—some only the size of a pea—are facing extinction due to their dependence on reef systems.

When post-doctoral researcher Adiel Klompmaker with the Florida Museum of Natural History compiled the body size measurements of 792 species of prehistoric crabs and lobsters, he and colleagues found habitat appears to control the evolution of crustacean size. By evolving markedly smaller body sizes compared to crabs in other habitats, Klompmaker says reef crabs thrived in the nooks and crannies of corals and successfully radiated into reef environments millions of years ago.

Corals get a little help these days from crabs that defend the stony skeletons against preying species like snails and starfish in exchange for shelter and food. But the tiny guardians are losing the fight in places like the Caribbean, where as much as 80 percent of coral reef coverage has been lost in recent years due to threats like disease and climate change, Klompmaker said.

“The addition of human influences pushes some of these reefs over the edge,” he said. “Many species of crab are so strongly adapted to reef life, they simply won’t survive elsewhere, including 52 species of tiny cryptochirid crabs that live inside corals all over the world, including in Florida.”