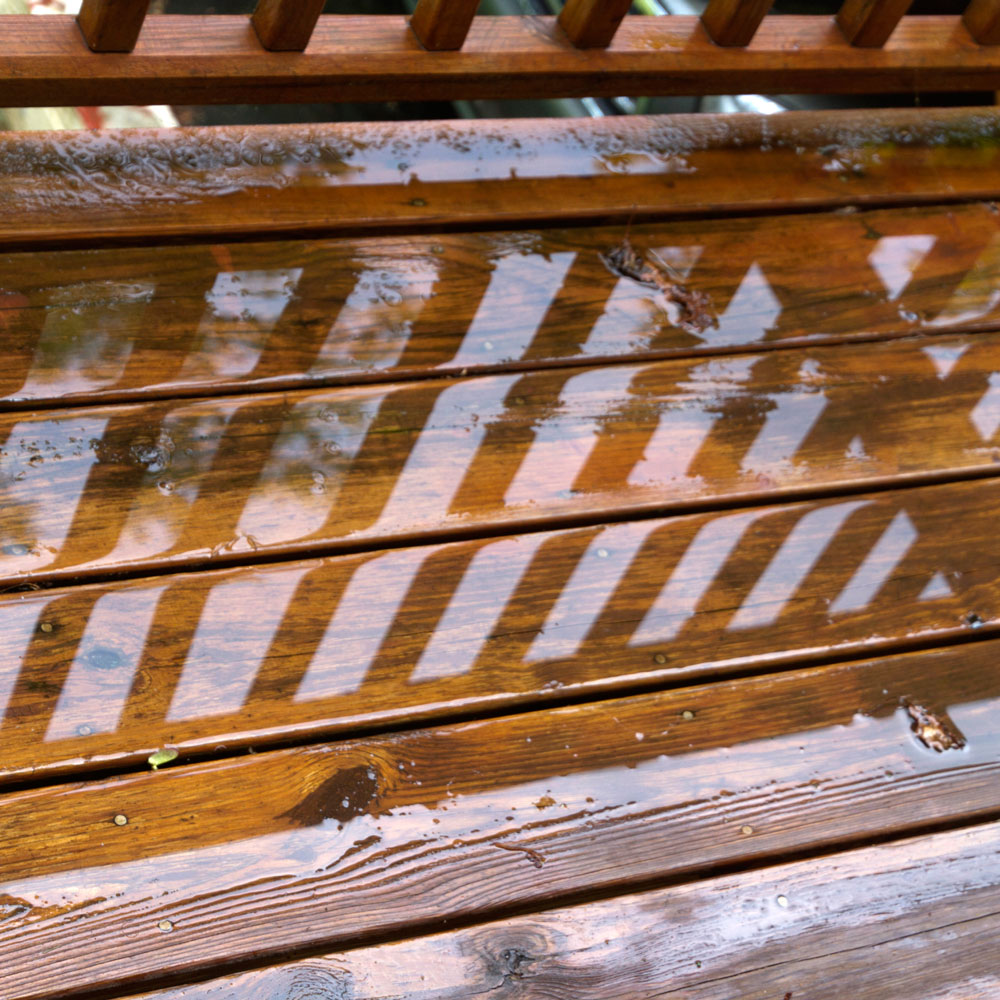 Pressure washing that old wooden deck in your back yard might make it look better, but you may be creating a carcinogenic hazard that puts you, your children and your pets at risk in the process.

Pressure washing that old wooden deck in your back yard might make it look better, but you may be creating a carcinogenic hazard that puts you, your children and your pets at risk in the process.

That’s because wood decks manufactured before 2004 are made of CCA-treated wood, which contains arsenic and chromium -- both carcinogens -- and a new University of Florida study shows wet wood releases arsenic at three times the rate of dry wood.

Using bleach makes things even worse, the study shows: It causes the wood to also release chromate, another carcinogen.

The discovery could be relevant to millions of Americans:  In 2007, housing industry researchers estimated that 20 million single-family homes had a deck made from CCA-treated wood. Because the wood can last up to 40 years, most of those decks are still in use, posing a continual risk of arsenic exposure.

“The levels of arsenic and chromate on the surface of the boards after cleaning with bleach and in the rinse water show the potential for soil and water contamination and public health impacts,“ said Julia Gress, a postdoctoral scientist in the department of soil and water sciences at the UF Institute of Food and Agricultural Sciences.

Gress led an experiment in which she and her colleagues used standard wipe methods to collect arsenic from the surface of wood from a 25-year-old deck from South Florida. Although the CCA-wood came from only one deck, it is representative of wood decks constructed before 2004, Gress said.

The researchers put water on the wood, then wiped it to see how much arsenic was present. They then cleaned different pieces of the decking with either tap water or a bleach-water solution, followed by pressure washing.

Results showed water alone caused three times more arsenic to form on the surface of wet wood than dry wood, similar to effects from morning dew or light rainfall, and the use of bleach caused formation of chromate. They also found these chemicals in levels much higher than regulatory limits in the rinse water, which can pollute the soil around decks and present an exposure risk.

Gress’s study, performed under the supervision of soil and water science professor Lena Ma, is published in the August issue of the journal Environment International.

Wood treated with CCA was used on many residential decks built before 2004 because it is highly resistant to termites. But in 2003, the U.S. Environmental Protection Agency pressured industry to stop using CCA to treat wood intended for use around homes, including outdoor decks, after finding arsenic leaches out of it.

The results highlight the importance of avoiding skin contact with wet decking, particularly right after cleaning with bleach, Gress said.

CCA wood continually leaches arsenic into the environment from normal rainfall and contaminates the soil around decks, Ma said.

For anyone concerned about their CCA-treated deck or porch, Gress suggests one or more of the following options: