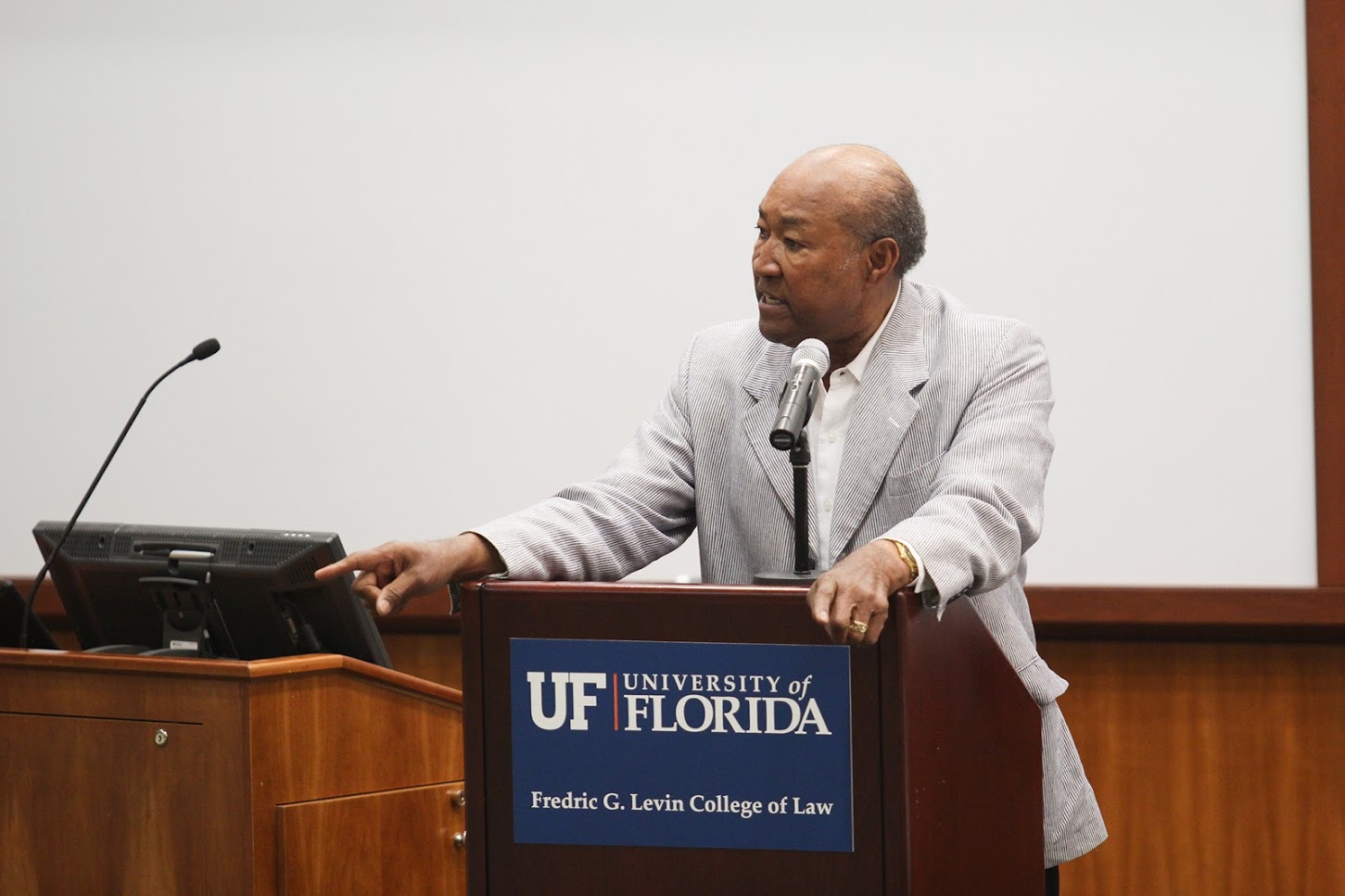 The UF community is mourning the passing and celebrating the life of W. George Allen, the first African American graduate of the University of Florida.

The 1962 UF Law graduate made a selfless choice by attending UF. He had been accepted at Harvard University and the University of California-Berkeley, but chose to study law in the South to open doors for other students and to be nearer to the heart of the Civil Rights movement.

“I’m a native Floridian, and I felt that somebody had to integrate the University of Florida,” Allen told Florida Trend in 2013. “The racists told me I didn’t belong there and I’d never graduate. I got into one or two fights with students who were disrespectful, but I never considered quitting. I made it known that you’re not going to run me away. You’re not going to scare me. I’m going to outstudy all of you, and I’m going to graduate.”

UF Law students and faculty honored Allen’s legacy at a ceremony organized by the UF chapter of the Black Law Students Association, which bears Allen’s name.

“When he came here, he walked into history,” said UF Law professor Kenneth B. Nunn at the Nov. 14 memorial. “It’s clear that I would not be teaching here if it were not for George Allen.”

A graduate of Florida Agricultural and Mechanical University, Allen served as a special agent in the U.S. Army Counter Intelligence Corps before attending UF. After graduating from UF Law, Allen moved to Fort Lauderdale, where he established a legal practice and helped to integrate public schools, housing, and parks in Broward County. In 1988, he became president of the Broward County Bar Association — the first African American president of a major bar association in Florida. He was named a Distinguished Alumnus of UF in 2000 and awarded the National Conference for Community and Justice Silver Medallion Award in 2001. A member of the National Bar Association Hall of Fame, Allen served on Florida A&M University’s Board of Trustees from 2005-2007.

One of the many people inspired by Allen is his niece Tyra Carroll, who followed in her uncle’s footsteps: She’s a third year student at UF Law.

W. George Allen speaks to the Seventeenth Judicial Circuit in 2018.