To see how invasive predators change an ecosystem, watch their prey 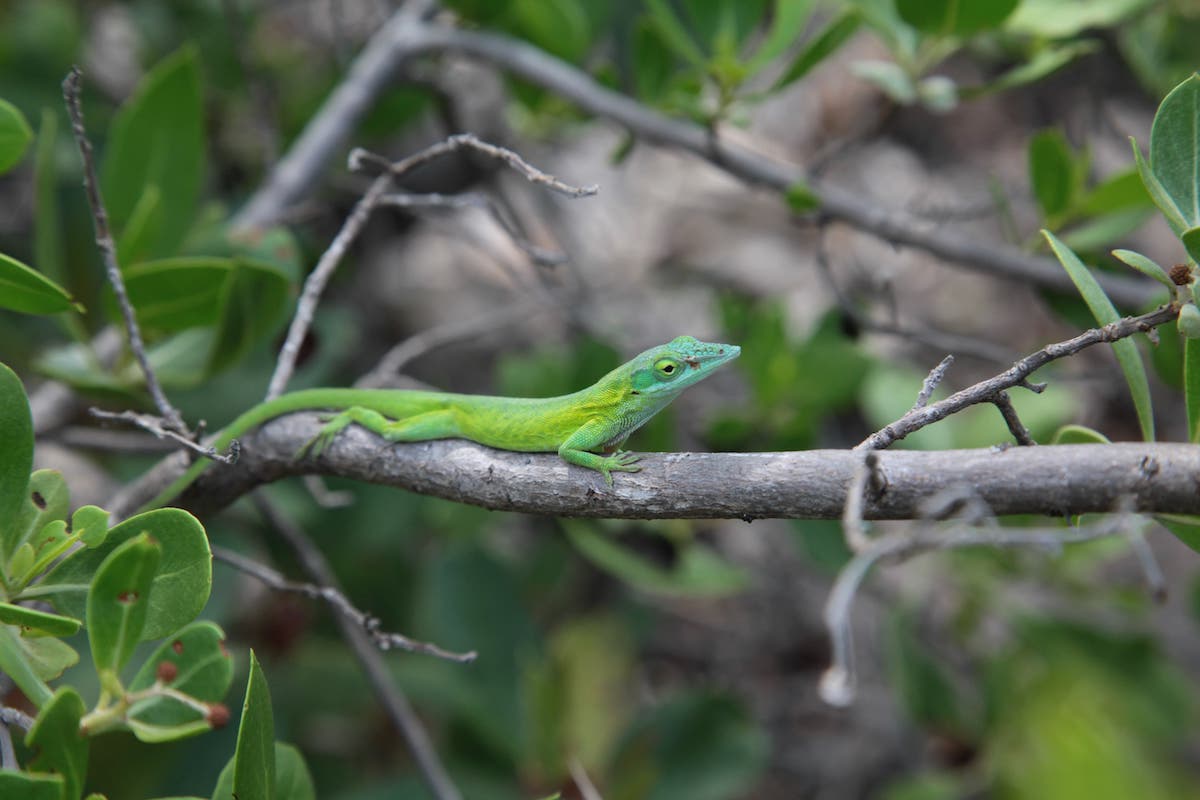 Invading predators can devastate an ecosystem. In fact, a leading cause of extinction is the introduction of predators into an isolated system like an island or a lake. The destruction is usually blamed on the predator, but sometimes the key lies in the prey animals’ behavior, according to a new study by led by University of Florida biology professor Todd Palmer and an international team of researchers.

Palmer and colleagues found that when a predatory lizard was introduced to experimental islands with two lizard prey species, both prey species crowded into the same limited “safe space.” The intense competition between the two species for this limited space was the primary driver of their decline.

“When prey species start disappearing after the arrival of a new predator species, the simplest explanation is that the new predator is just eating all the prey. Our experiments show how misleading this simple cause-and-effect assumption can be,” Palmer said. “The biggest impact of the predatory lizards on the prey lizards didn’t occur because the prey were eaten, but rather because they were afraid to be eaten. That fear pushed them into crowded conditions in the places that predators couldn’t get to.”

Understanding how predators will affect biodiversity and ecosystems relies on an understanding their prey, says Robert Pringle of Princeton University, who shares lead authorship with Palmer and Tyler Kartzinel of Brown University. “Most theory in ecology simply assumes that predators eat prey, end of story. The real world is more complicated than that. But it’s not so complicated that we can’t get to the bottom of it.”

The question is rapidly becoming more pressing, noted co-author Rowan Barrett, the Canada Research Chair of Biodiversity Science at McGill University in Montreal, Quebec. “Human activity is increasing the occurrence of new predators being introduced to formerly isolated ecosystems,” he said. “Our work shows that the consequences of these predator invasions for biodiversity can depend strongly on changes in prey behavior that alter the way prey species use their environments.”

The researchers used 16 small islands in the Bahamas as experimental ecosystems. They found that in the absence of predators, the two anole species coexisted just fine, with green anoles in trees and brown anoles living closer to the ground. The two species competed for insects, but the competition was “not severe,” Pringle said. But when the team introduced the curly-tailed predators, the brown anoles fled to the trees, where the chunky ground-dwelling lizard couldn’t follow. This intensified the competition between the two prey species for space and food, which undermined their ability to coexist.

The findings shed light on what might have caused past extinctions and how to avert them in the future, Palmer says, since the size of the safe spaces prey use to escape predators can mean the difference between life and death. Competition for such spaces might have contributed to the recent collapse of a diverse group of fish species in the African great lakes.

“When there’s not enough room for prey to hang out without the constant risk of being eaten, something’s got to give, and that’s when we see species disappearing,” he said. “It’s a really neat finding, because it reinforces how complex and surprising the natural world is. Going in to this study, we thought that predators might have the biggest effects by just eating their prey, and we were delightfully wrong.”