Former Vice President for Student Affairs at the University of Florida Dr. Patricia Telles-Irvin passed Monday, June 3, after a long and valiant fight against cancer.

During her tenure at the University of Florida, she worked tirelessly to address issues of binge drinking on campus and access for students. Working closely with President Bernie Machen, they established a new scholarship for first-generation college students from economically disadvantaged families earning less than $40,000 annually. This initiative was launched in 2006 and later become known as the Machen Florida Opportunity Scholars Program. It is widely regarded as the signature support program for first-generation students nationally. 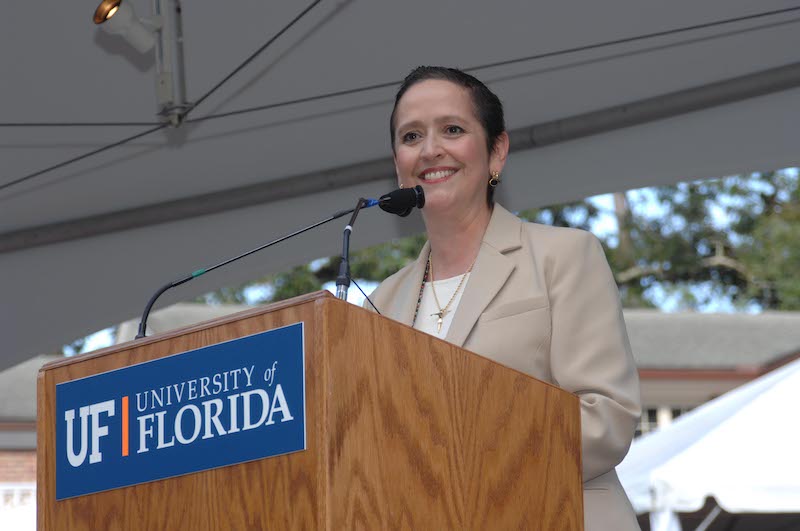 Dr. Telles-Irvin earned her bachelor’s in education from Duke University in 1977 and her master’s and doctoral degrees in counseling from Boston University.

Prior to her time at UF, she worked as a psychologist and assistant professor of psychiatry at the University of Texas Health Science Center. Additionally, she held several roles at Florida International University over the course of 11 years, including Director of FIU’s Counseling and Psychological Services Center, Assistant Vice President for Student Affairs and Associate Vice President for Student Affairs.

Dr. Telles-Irvin's legacy will live on with each of UF's MFOS scholars, as they continue to grow, achieve and contribute to our society.

The University of Florida will always be thankful for her compassion, drive and vision. ​