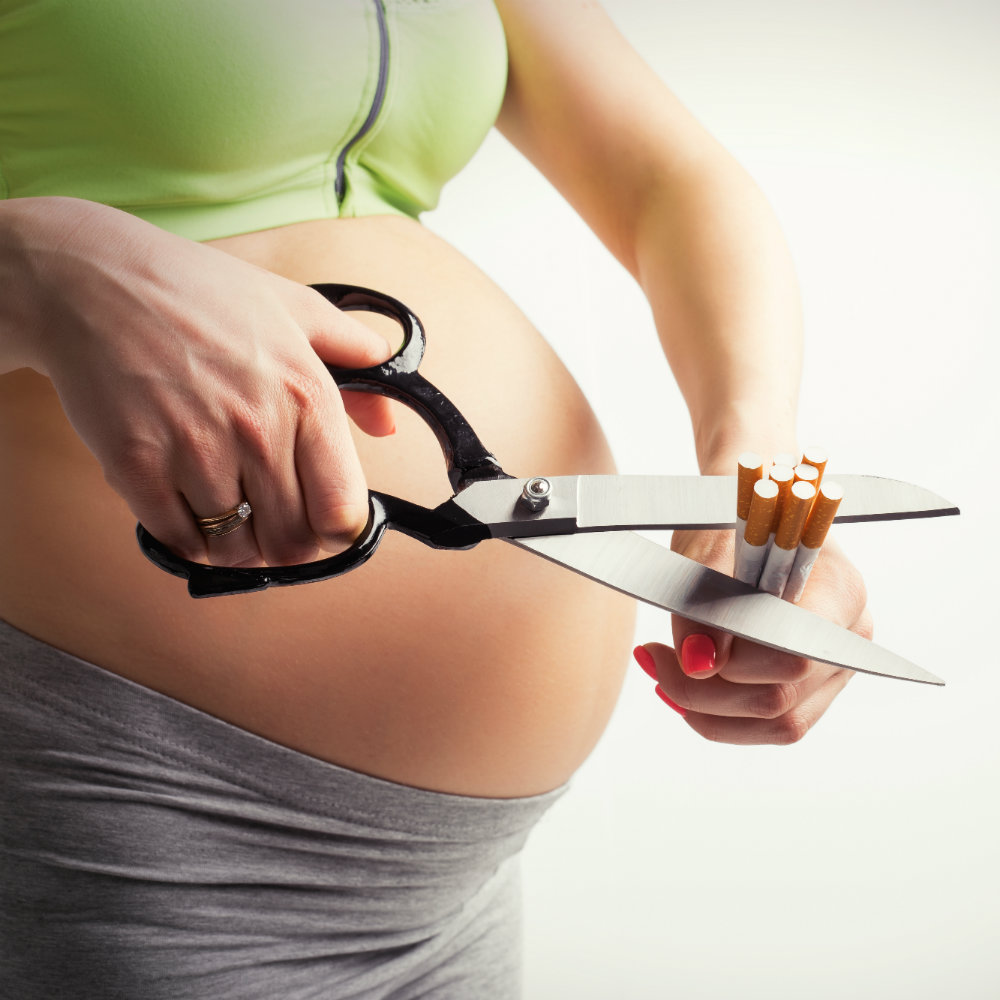 Tobacco sales at two national dollar-store chains may have negatively impacted the smoking rate among pregnant women in the Southeast United States, University of Florida Health researchers have found.

Smoking during pregnancy was found to be associated with increased tobacco availability at thousands of dollar stores in the region, the study concluded. The findings are published today in the journal JAMA Pediatrics.

“The rate of smoking during pregnancy has been coming down but rates are nearing stagnation in counties that have the greatest increases in tobacco availability due to this change in corporate policies of the dollar stores,” said Jaclyn Hall, Ph.D., an assistant research scientist in the UF College of Medicine’s Department of health outcomes and biomedical informatics, and lead author of the study.

The researchers looked at trends from 2011-12 and 2015-16 in counties of six large southeastern states, including Florida, Georgia, Mississippi, North Carolina, South Carolina and Tennessee, and concluded that increased access to tobacco may be inhibiting programs to help reduce tobacco use even after factors such as sociodemographics and tobacco-control efforts were considered. The researchers chose the Southeast because dollar stores are most prevalent in this region, and smoking rates are among the highest in the nation.

Smoking during pregnancy is one of the leading preventable causes of negative birth outcomes such as premature birth and low birth weight, Hall noted. The study found the biggest declines in the rate of smoking during pregnancy occurred in counties that had no increase in tobacco retailers or even a decline in the number of stores due to the pharmacy’s decision not to sell.

“This study shows that a large retailer’s decision about selling tobacco products can have a profound impact, positive or negative, on community health,” Hall said. “It would greatly change the tobacco retail landscape if other pharmacies and companies stopped selling tobacco and demonstrated their commitment to Americans’ health.”

“The six states that we studied all declined to expand Medicaid under the Affordable Care Act,’’ Hall said. “Expanding health coverage would have offered more clinical smoking-cessation programs to low-income individuals.”

The findings could be used by local officials to develop property zoning and tobacco sale licensing guidelines to reduce clusters of tobacco retailers, especially near schools, said Ramzi Salloum, Ph.D., an assistant professor of health outcomes and biomedical informatics and senior author of the study. Counties could enact density rules for tobacco sellers similar to the regulations on bars, he said. Likewise, states should consider adequate funding for smoking cessation and health communications programs, the researchers noted.

Next, the researchers plan to further analyze information about tobacco retailing and smoking habits at the neighborhood level. That, Salloum said, could help guide policy decisions about the concentration of tobacco retailers in communities.

“The action by these dollar stores goes against decades of progress in tobacco control and compromises that progress,” he said. “It’s contributing to the disparities in smoking rates in the communities where dollar stores are prevalent.”

The findings of this study indicate a cause for concern about rates of tobacco use in the U.S. and other negative health consequences associated with tobacco use, such as cancer. The study was released just one week after the American Cancer Society reported that progress in smoking rates had the greatest contribution to improved cancer mortality rates.