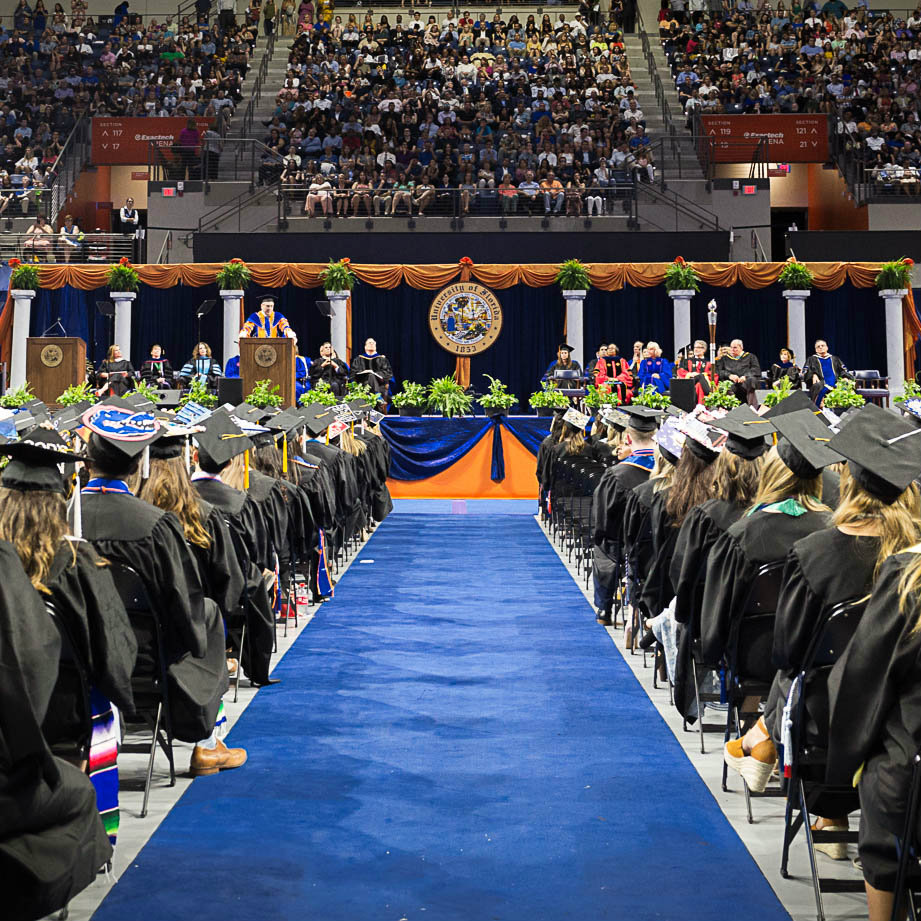 This spring, the University of Florida graduated nearly 10,000 students during 15 ceremonies. On May 5 at one of the commencement ceremonies, a marshal, whose role was to serve as an usher, aggressively and physically rushed graduates as they were walking across the stage to receive recognition.

These actions disproportionately affected students of color and are not in line with UF’s stated institutional values. Social media and the international press reported on the event, broadcasting stories and videos from students whose celebrations were forcefully interrupted.

Sunday morning, President Fuchs issued a statement and apologized in each subsequent ceremony that weekend. He also personally reached out to the 22 students who appeared to have been directly impacted.

On Monday, the marshal, who is a faculty member, was placed on paid administrative leave pending a full review.

While the president issued apologies following the ceremony, images show him sitting nearby as the behavior occurred.

In a video addressed to students, faculty and staff, the President stated, “The University of Florida and I failed to provide an appropriate event for all of our students so that they could be celebrated and that they could celebrate their graduations.”

UF has experienced an outpouring of reactions from students, alumni and community members. Among them, the Black Student Union and the UF Association of Black Alumni (ABA) shared their concerns and recommendations. Their letters can be read here.

On Tuesday, the University announced the formation of a task force to provide a comprehensive review of the UF commencements. Dr. David Parrott, vice president for Student Affairs, and Ian Green, student body president will serve as co-chairs. The University is in the final stages of a search for its first Chief Diversity Officer. That individual is expected to serve on the task force along with the senior director of Multicultural and Diversity Affairs and other University stakeholders.

The task force is charged with soliciting ideas and suggestions on how to re-conceptualize commencement for students.

“All of our students, through their hard work and dedication, have earned their moment to be celebrated. I am immensely proud of all our graduates,” Fuchs said.  “This incident is an opportunity to reaffirm our institutional commitment to improving campus climate, while recognizing that we have work to do.”