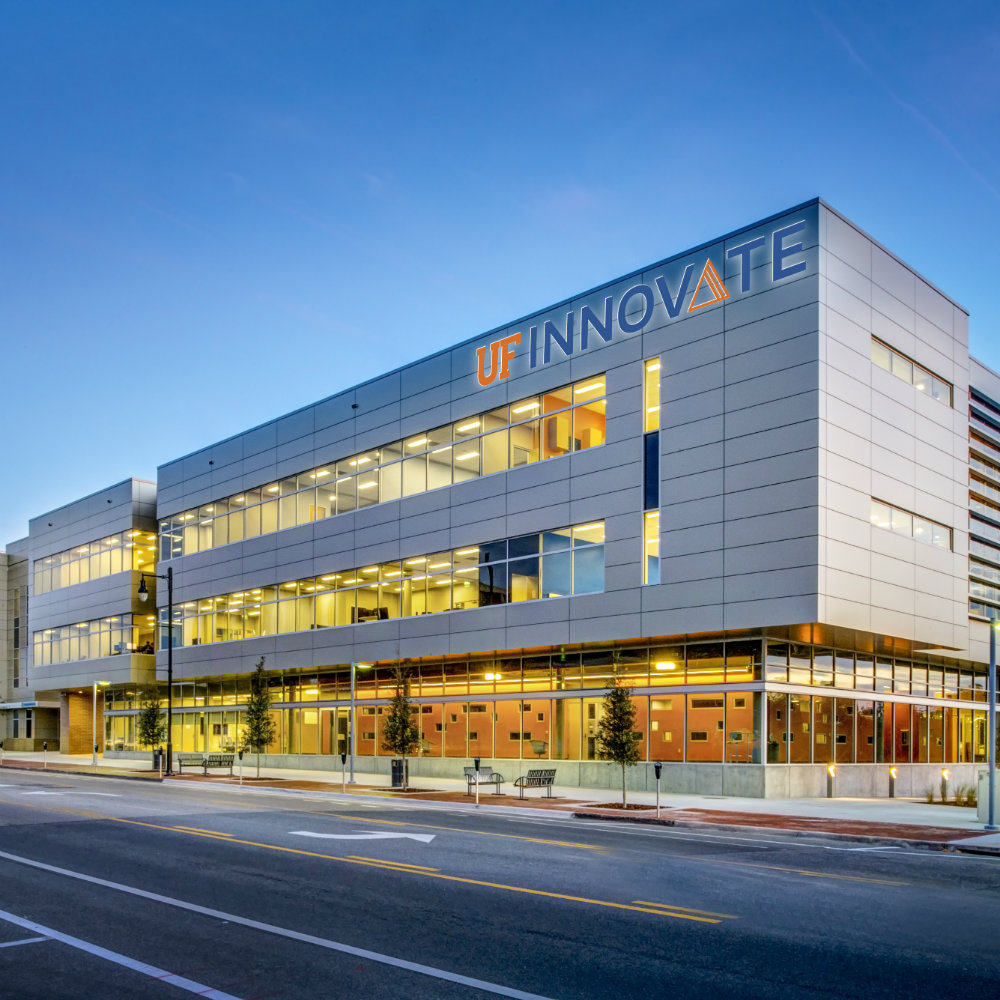 The University of Florida technology commercialization enterprise has a new name – UF Innovate – to reflect its mission of moving discoveries from the laboratory to the market.

“UF Innovate is an organization that has existed for years but never been named,” said Jim O’Connell, assistant vice president for commercialization at UF and the director of Tech Licensing (formerly the Office of Technology Licensing).

“By naming UF’s commercialization efforts and purposefully uniting these four entities under the umbrella of UF Innovate, we’re better able to work as a team, intent on the purpose of moving research out of the labs and into people’s lives, developing entrepreneurs and startups, and enabling our researchers to see their work change the world for the better.”

UF Innovate’s quartet forms a comprehensive commercialization system that brings together five critical elements: intellectual property, technology-transfer expertise, facilities, talent and capital management. To inventors, this means UF Innovate cares for their intellectual property by seeking patent or other protection and by marketing it to find the perfect licensee that can further develop or use those inventions. To entrepreneurs and startup companies, UF Innovate provides facilities and programs to help them find or develop the talent and funding they need.

Tech Licensing was established in 1985 after passage of the Bayh-Dole Act that encouraged universities to commercialize their discoveries. The office has earned a reputation as a leader in commercializing discoveries that cure diseases, create efficiencies, improve quality of life and create jobs.

Ventures seeks to fuel consistent growth in the number and quality of UF technology-based startup companies. Ventures will serve as a liaison between public and private sectors as it implements an investment program intended to support UF startups. The goal is to link new venture investments with companies, work closely with angel groups and other investment funds, and to develop entrepreneurs.

Sid Martin, which was named the world’s top incubator in 2017, incubates biotech startups at its location in Alachua. The Hub, formerly known as the Innovation Hub, is located at UF's Innovation Square between campus and downtown Gainesville. It recently opened a second phase that doubles the space available for young technology companies. Both the Hub and Sid Martin Biotech foster an innovation ecosystem that nurtures startups with the resources and expertise they need to thrive, thereby creating jobs and economic prosperity.