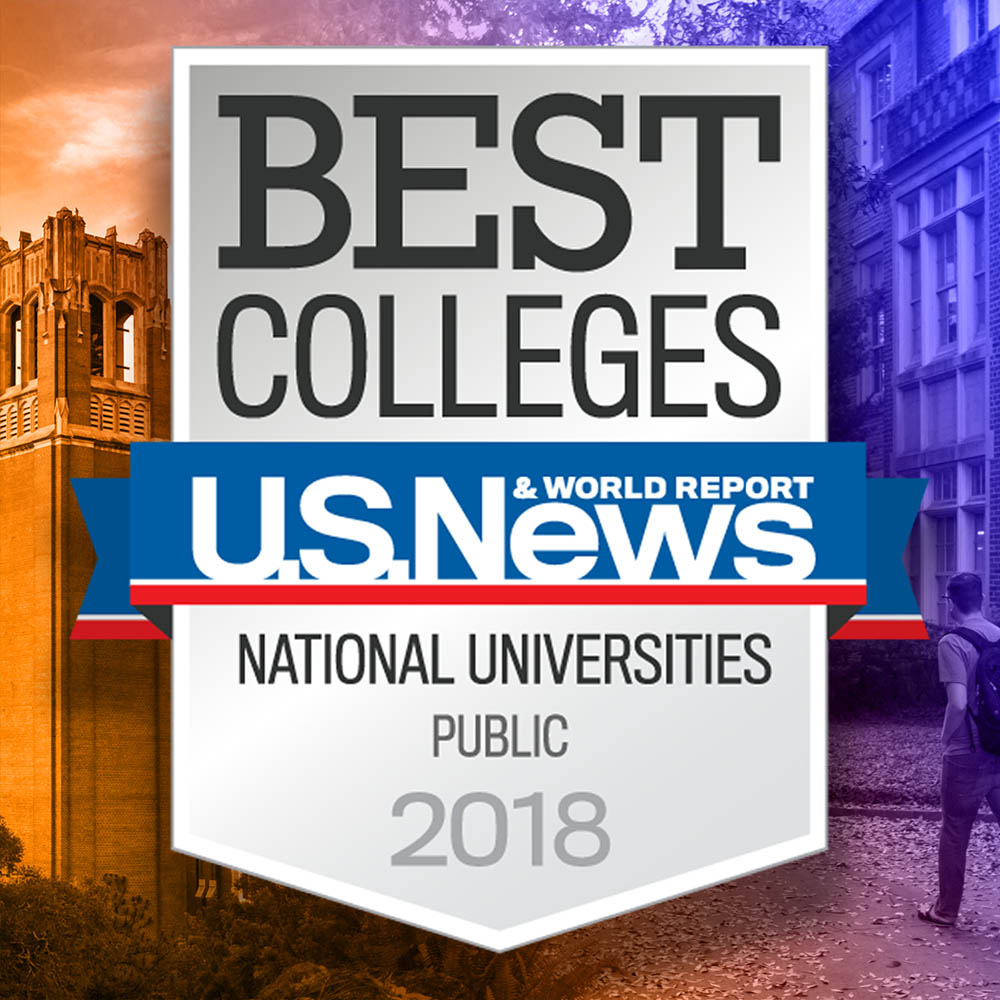 The University of Florida has become the first Florida school to break into the list of top 10 best public universities, coming in at No. 9, according to the 2018 U.S. News & World Report Best Colleges rankings released today.

Now the state’s highest-ranked university, UF last year was ranked No. 14 among publics and No. 50 overall.

“This is a significant milestone that we can all be proud of, and it happened as the result of many years of focused work and a keen sense of purpose,” UF President Kent Fuchs said. “Our faculty – the core of our academic reputation – and staff deserve tremendous credit for lifting us up to get us here, as do previous leaders, particularly Bernie Machen, and UF’s Board of Trustees. We also owe a huge debt of gratitude to the Legislature, Gov. Rick Scott and the Board of Governors for their continued support to ensure that the nation’s third most-populous state has the world-class university it deserves.”

The U.S. News rankings are based on up to 15 key measures of quality that are used to capture the various dimensions of academic quality at each university. The measures fall into seven broad areas: undergraduate academic reputation; graduation and retention rates; faculty resources; student selectivity; financial resources; alumni giving; and graduation rate performance.

Factors that helped UF’s ranking improve this year include:

UF’s quest to become a top-10 public research institution officially began in 2013, when the Legislature passed, and Scott signed, a bill designating it a preeminent university and providing special funding to be used for helping it reach top status. Florida State University also received the preeminent designation.

UF has since used preeminence funding to hire more than 100 senior leading faculty from all over the world. Earlier this year, the university announced a plan to increase the faculty by an additional 500 members to continue to increase research excellence and reduce class sizes.

Many new UF researchers have cited the school’s exceptional breadth of disciplines and the numerous opportunities for collaboration that brings with it a reason for coming to work at the university. UF is one of only six universities in the country with colleges of law, medicine, engineering, agriculture and veterinary medicine on one campus.

Fuchs said UF alumni – half a million strong – and friends represent one of the strongest and most loyal communities in the world and should be especially proud. He also offered his thanks to university leaders around the country for their votes of confidence in UF.

“We have benefitted greatly from their wise advice and sage counsel,” he said.

While he welcomed the new ranking, Fuchs said the university’s work is far from done.

“Now is the time to double down,” he said. “We have the talent, the collective will and the means to keep moving up. We owe it to our students and the people of Florida to be the very best public research institution we can be.”