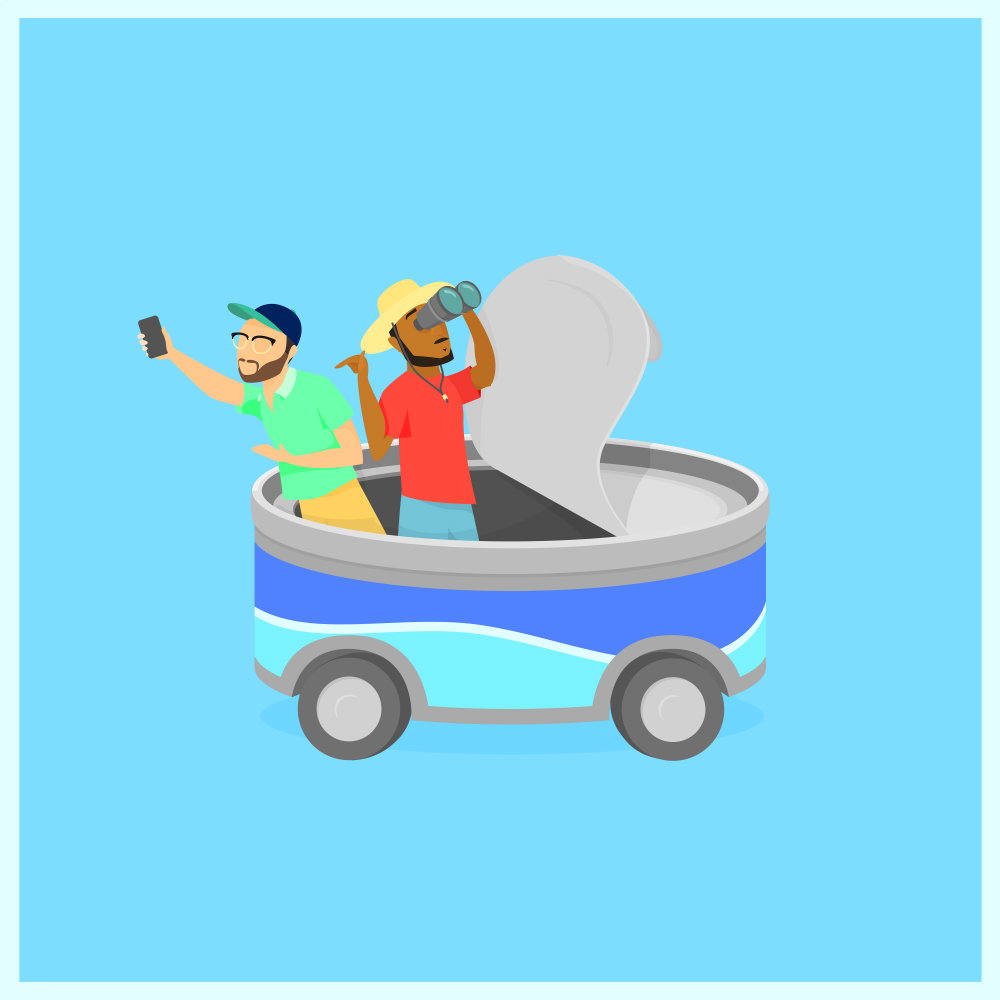 It was late spring, and Takashi Wickes and Nikhil Thota had an important decision to make.

The two University of Florida computer science juniors had landed internships with San Francisco tech companies and needed to figure out the best way to get to the West Coast. Flying was pricey. A long train ride held no appeal.

Driving? Perfect. Recording themselves talking about the trip along the way? Even better.

“But then we realized we’re pretty boring,” Takashi said, “so we thought, ‘Why don’t we interview people we meet along the way?’”

The result is “Tuna Pasta,” a podcast that shines a light on the people of America that, in Takashi’s words, “most people pass by.”

The podcast’s name was inspired by the duo’s diet for the trip. Looking to save pennies, they loaded up on a variety of cheap eats, including – you guessed it – tuna and pasta.

The diversity that is America seems to have struck a chord with listeners, not to mention Takashi and Nikhil.

“One of the main things we realized was that every single person we interviewed had a unique worldview and therefore a unique life lesson which has shaped this worldview, which in my opinion is one of the coolest things about the podcast,” said Nikhil, also 21, of Tampa.

The pair has kept a strict production schedule. Mondays are for script writing; Tuesdays for script revision; Wednesdays for recording – blending the interviews they recorded during the trip with their own commentary, observations and narration; Thursdays for editing. Each new episode is posted about midnight Friday. It all happens in the evening, after a full day of work.

The trip itself was a bit less structured. At the beginning of their 18-day, 6,387-mile journey, they pointed Takashi’s Honda Element north toward Philadelphia, then hooked a left with a jog into Chicago (Takashi’s brother lives there), a jaunt though America’s heartland,  a climb across the Rockies, and a dive southwest to Los Angeles before heading to their final destination.

Their first interview was in Atlanta with a mom named Afrika who was jogging in a park. The last was with Taylor, a medical student and mom they met at a Subway restaurant in Maricopa, California. In between were dozens of others sharing their stories, wisdom and life lessons.

They shunned hotels, opting instead for a tent and a camp stove, staying on farmland and in backyards (with owners’ permission, of course.)

That led to one of their more memorable encounters. A young farmer in Monroe County, West Virginia, who’d offered his property as a campsite invited Takashi and Nikhil to dinner in his home with his wife and two young sons.

“They were so nice and we were having such a good time we almost forgot to interview them,” Takashi said. Turns out the 30-something couple are into permaculture, a farming technique aimed at sustainability and harmony with the natural surroundings. Takashi said that revelation turned his preconceived notions of farmers upside down

Speaking of preconceived notions, Takashi is aware some might wonder how a couple of tech-oriented computer geeks got interested in something as soft and fuzzy as storytelling.

“Now more than ever,” Takashi said, “it’s not just about coding, it’s about what you can do with it.”

Said Nikhil: “I think that our view of computer science must change in order to not pigeonhole the profession into something that is limited by its own preconceptions. The mindset of doing weird things like talking to strangers and creating a podcast of it is what I believe will drive technology forward in a positive direction.”

As their internships draw to a close and they prepare to head back east, Takashi’s and Nikhil’s wish is for “Tuna Pasta” to have a lasting impact in a world where civility and compassion seem to be in increasingly short supply.

“I hope that at the end of the day our podcast will instill within our listeners a greater level of empathy,” Nikhil said. “It's so easy to go through your day to day life and not for once consider the perspective of other people and how every other person has an intricate maze of insecurity, joy, pain and pleasure just like ourselves. It's the human condition and that awareness, in my opinion, leads to a much more fulfilling life and is what I would ideally want every one of our listeners to experience.”