University of Florida research spending at record $791 million in 2016 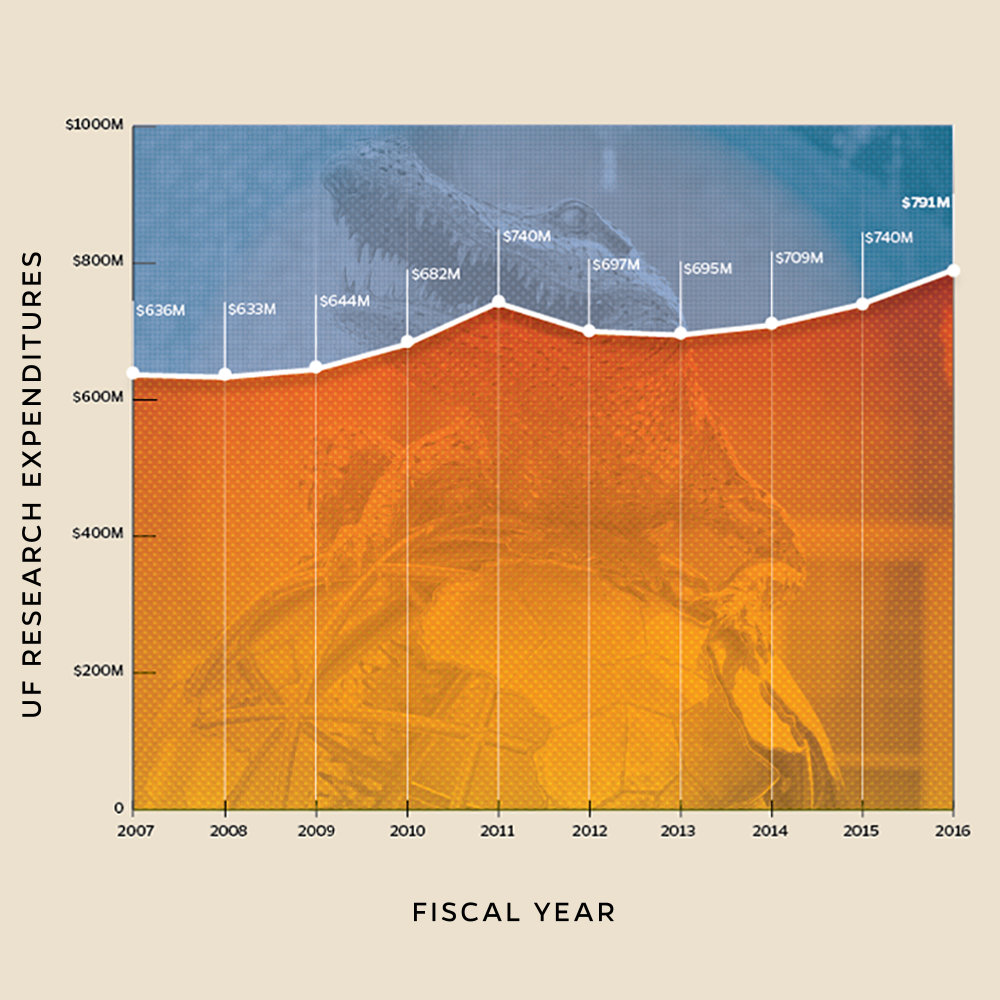 Spending for research at the University of Florida, a key indicator of how healthy an institution’s research enterprise is, reached a record high of $791.3 million in 2016, according to a new report to the National Science Foundation.

UF’s response to NSF’s Higher Education Research and Development, or HERD, Survey showed a 7 percent increase in total expenditures over 2015’s total of $739.5 million. Expenditures represent how much grant money the university actually spends in any given year. So, for example, a five-year, $10 million award might report expenditures of $2 million per year.

“This report illustrates the broad diversity of research underway at the University of Florida,” said David Norton, UF’s vice president for research. “Not only is this research helping to cure diseases, feed the world and probe the mysteries of the universe – it also has a significant economic impact on Florida’s economy.”

NSF collects expenditure data from universities around the country and compiles it into a report that will be released later this year. Last year, based on fiscal year 2015 data, UF ranked 25th among all universities and 16th among public universities in research expenditures.

Among the largest projects under way in 2016 were the HCV Target project to coordinate research on Hepatitis C across more than 100 universities around the world; a U.S. Department of Agriculture project to help pine growers throughout the South adapt to changing growth patterns brought on by climate change; a Florida Museum-led National Science Foundation project to digitize millions of specimens in natural history museums around the country; and a U.S. Air Force project in the Herbert Wertheim College of Engineering to study the effects of lightning in the ionosphere and its impact on satellite communications.