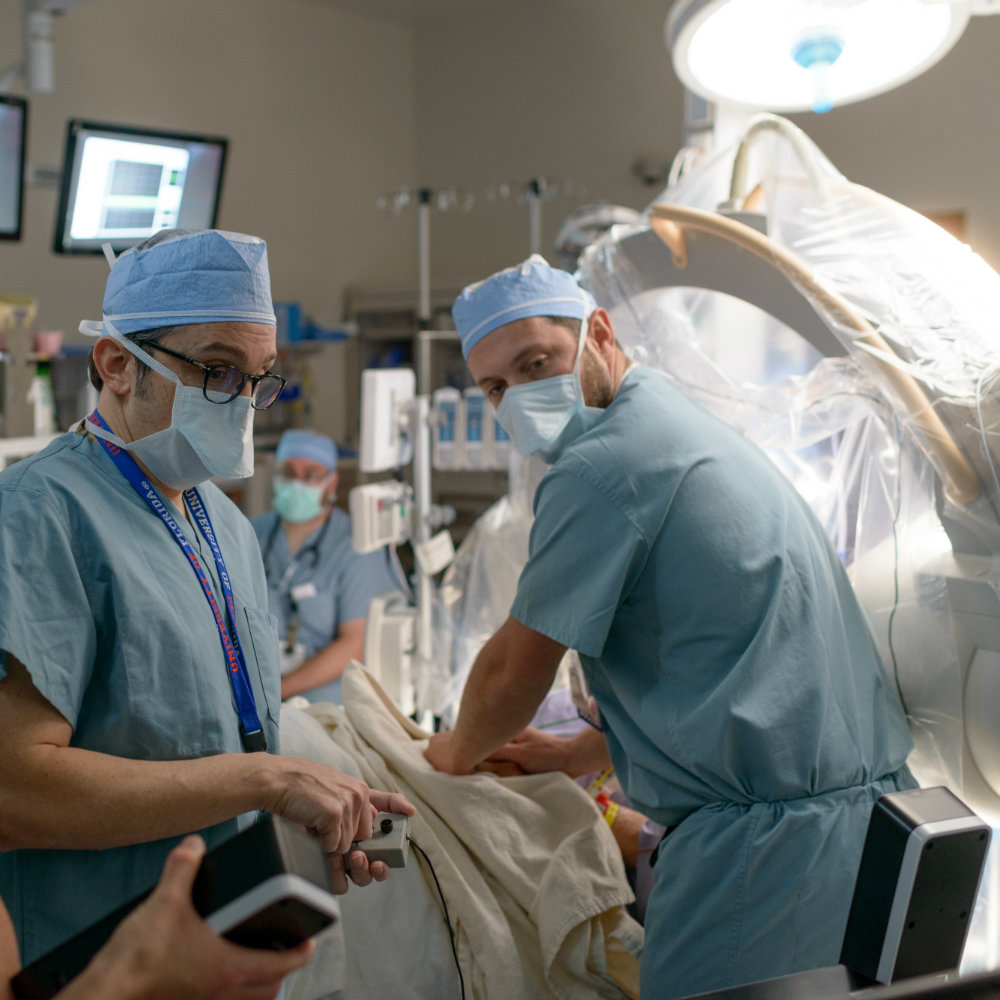 University of Florida neuroscientists are leading a multinational effort to track outcomes for patients with Tourette syndrome who undergo deep brain stimulation surgery, an established treatment for other movement disorders such as Parkinson’s disease that’s now being tested as a potential means to decrease the motor and vocal tics of Tourette syndrome in certain patients.

Data collected thus far in a registry of a small international group of patients with uncontrolled Tourette syndrome show a link between deep brain stimulation, or DBS, and some symptom improvement as well as some adverse events, the neuroscientists report in today’s issue of JAMA Neurology. The results indicate an approximate 45 percent reduction in tics one year after the DBS device was implanted. Just over a third of the patients reported adverse events including dysarthria, which is a speech disorder caused by muscle weakness, and paresthesias, which is a burning or prickling in the arms or legs.

Patients who have undergone DBS surgery receive electrical stimulation to specific areas of the brain to decrease symptoms such as involuntary motor movements. The goal of the new registry of pooled data is to understand the safety and efficacy of DBS for Tourette syndrome, a neurodevelopmental disorder that typically starts in early childhood or adolescence and is estimated to affect about one in 160 children ages 5 to 17.

“A registry for a surgical therapy like DBS is of incredible value, and it’s something that’s a critical need for the field as we begin to put out new devices,” said senior author Michael S. Okun, M.D., chair of neurology at UF’s College of Medicine, part of UF Health, and a member of the Evelyn F. and William L. McKnight Brain Institute of the University of Florida. “How are we going to track these? How are we going to know what do they do, short and long term? What are the side effects? How do we monitor how these devices are performing for individual patients? We see registries in other diseases and in other drugs, but we haven’t seen many registries for devices, making this project critical for the field.”

In partnership with the Tourette Association of America, UF researchers have established the new public registry and database, which will allow patients, physicians and families to review one-year outcome data for 171 patients with uncontrolled Tourette who underwent DBS from 2012 to 2016 at 31 medical institutions in 10 countries.

As patients, physicians and the public nationwide strive to understand the benefits as well as potential side effects of an array of implanted medical devices, the new International Deep Brain Stimulation Database and Registry hosted by the Fixel Center for Neurological Diseases at UF Health offers free, detailed data about DBS and Tourette syndrome. A public website will go live at https://tourettedeepbrainstimulationregistry.ese.ufhealth.org/ concurrent with today’s publication in JAMA Neurology.

One limitation of the new database is that the various sites may have used different surgical techniques or treatment approaches, possibly affecting the results.

The U.S. Food and Drug Administration has approved DBS for Parkinson’s disease and essential tremor, but not for Tourette syndrome at this time. DBS is the most commonly performed surgical treatment for Parkinson’s disease, and it also shows promise to treat dystonia and obsessive-compulsive disorder, Okun said.

Now, physicians want to test the efficacy and safety of DBS for a growing number of conditions, to include Tourette syndrome, depression, obesity and addiction. At the University of Florida, physicians now are performing all DBS surgeries at the new UF Health Neuromedicine Hospital—a hospital devoted to diseases and disorders of the brain.

Tourette causes involuntary motor tics and vocalizations (sniffing, coughing, clearing the throat), symptoms that can negatively affect quality of life and even result in injuries such as whiplash. “Tics can be very stressful and anxiety-provoking,” said Okun, editor of the 2017 book “Tourette Syndrome: 10 Secrets to a Happier Life.” “In most cases, the people are experiencing what’s known as a premonitory urge, a feeling that they need to move their arm or shoulder or make a noise, and until they do, that urge doesn’t go away.”

In cases of uncontrolled Tourette, or when medications and behavioral therapies fail to offer any or minimal relief, the next step may be a detailed, interdisciplinary evaluation, which could yield a recommendation for DBS in select patients after weighing potential benefits and risks, Okun said.

Yet, even expert medical centers may have only one or two Tourette surgical cases a year. “By putting our results together, we can get data that can really inform and drive the field forward,” Okun said.