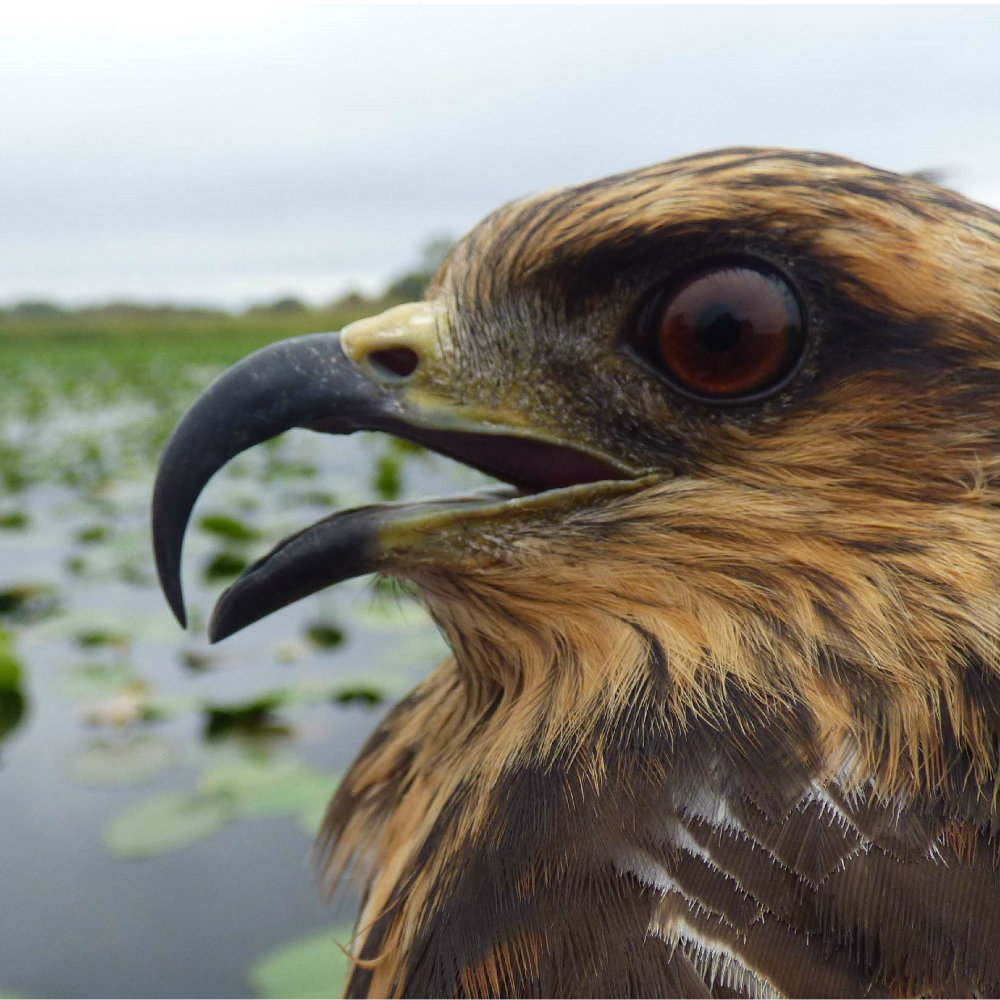 GAINESVILLE, Fla. – The federally endangered bird, the snail kite, was faced with an interesting dilemma: The island apple snail was good to eat, but about two to five times bigger than the native snail that the bird usually consumed. What’s a hungry bird to do? Evolve – quickly.

A study by a team of University of Florida researchers has found that in about 10 years, the snail kite has evolved to develop a larger beak as its new prey, the island apple snail, proliferated and became invasive. The study is published in Nature Ecology & Evolution.

“Beak size had been increasing every year since the invasion of the snail from about 2007,” said Robert Fletcher, associate professor in the department of wildlife ecology and conservation, par of UF’s Institute of Food and Agricultural Sciences. “At first, we thought the birds were learning how to handle snails better or perhaps learning to forage on the smaller, younger individual snails. We needed to know if the birds had evolved or if they had just learned to handle the snails better.”

From approximately 2000 to 2007, the snail kite experienced major population declines, and there were mounting concerns that the bird was near extinction, Fletcher said. Nonetheless, over the next few years, the snail kite’s population started rebounding, he said.

“Monitoring data showed that juvenile kites were surviving their first year of life better, and that several aspects of reproduction were improving,” he said.

During their research, scientists discovered two factors to the bird’s survival. “The question we were most interested in was ‘are they evolving?’” Fletcher said. “We knew they had a hard time foraging on this larger food source. We observed the birds dropping the larger snails, so we wondered if natural selection was occurring and only the biggest birds could forage and survive.”

Researchers found that the birds with bigger bills were surviving, and their offspring were inheriting the bigger bills, which helps the bird dig into the snail’s shell for meat. But was this enough to account for the quick population increase?

“Only partially,” Fletcher said. “It’s complicated because we see natural selection, in that the birds who inherit bigger bills are surviving better. But, we also see that the birds are growing faster and developing bigger bills each year with this new, abundant prey.”

“We found that beak size had a large amount of genetic variance and that more variance happened post-invasion of the island apple snail. This indicates that genetic variations may spur rapid evolution under environmental change,” he said.

The implications are astounding, Fletcher said. In the past, scientists believed that larger animals could not respond or evolve quickly to invasive species, he said. “Now, we are waiting to see how this bird will continue to change,” Fletcher said.

The study has huge implications for Florida, which has more invasive species than any other state, Fletcher said.
“Land managers have to figure out how to recover endangered species without having to rely on an invasive species,” he said. “The invasives have such a negative impact on the ecosystem that you don’t want to rely on them to save an endangered species. So, there is a real conflict there.”