Justice in the age of locker-room talk 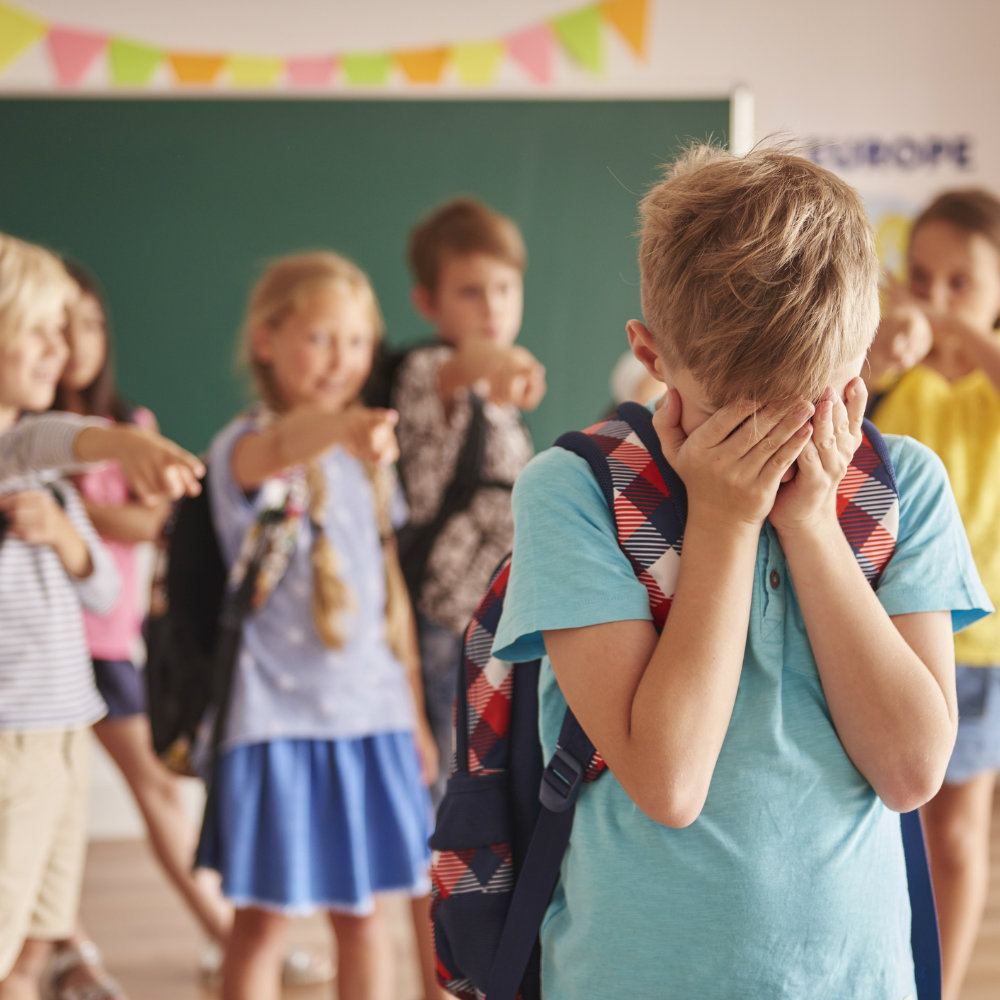 “Boys will be boys” and “sticks and stones” don’t fly with Dorothy Espelage.

The University of Florida psychology professor and expert on bullying, sexual harassment and violence in schools knows the truth: “Not all bullies are rejected outcasts; many bully not just because they can, but also because they want to,” she said, “so, why are we not moving forward on bullying?”

For her part, Espelage is garnering national support to implement anti-bullying programs that work. Most recently, she is the principal investigator of a $1 million National Institute of Justice-funded project to implement a 36-month pilot anti-violence program for school resource officers in Miami-Dade County Public Schools, in collaboration with UF’s Lastinger Center for Learning. The program incorporates contemporary research in child development, bullying and intervention techniques to offer a culturally competent, restorative approach to youth violence.

Previous approaches, such as zero-tolerance and penal policies, have not been backed up by research. Moreover, anti-bullying law has been in place in some states since 1999, yet bullying, and especially cyberbullying, have shown no signs of abating.

As a psychologist, Espelage studies bullying in the contexts of adolescent social navigation and school politics of gender, sexuality, and ethnicity. She works on program development, not legislation, and she concurs with other bullying experts that zero-tolerance policies are ineffective and also disproportionately affect minorities. “Let’s focus on prevention, not reaction,” she said.

“[The approach] I publish quite a bit on is a social-emotional learning program that teaches kids effective communication,” she said.

Embracing prevention rather than reaction requires an emphasis on program development rather than lobbying, as well as an acknowledgement that bullies aren’t just “kids being kids” and that there is a verifiable social–emotional environment in which some youth behave badly — and with a purpose.

“My findings suggest that bullies are often motivated by sexist and homophobic attitudes,” she said.

With funding from the Centers for Disease Control and Prevention and the National Institute of Justice, Espelage conducted a six-year longitudinal study in Illinois middle and high schools that examined risk factors for bullying and discovered an intersection with sexual and dating violence. Her research shows that bullying is a predictor of sexual harassment and teen dating violence and that dismissive attitudes of sexual harassment are linked back to bullying. This correlation suggests that such behaviors are not really isolated to the schoolyard; they connect to more severe incidents of violence in the adult world. Research has shown that perpetrators of domestic violence often were bullies in grade school.

Bullies do so because they can and want to; the same is true for sexual aggressors. In light of recent news about politicians and entertainers engaging in abusive and bullying behavior, a similar apologism emerges to those heard when youth bring forward complaints.

“That’s just hormonal,” “she shouldn’t have dressed that way if she didn’t want attention,” or “it’s not that big a deal.” These attitudes start at a younger age than many adults would like to admit.

Although sexual assault is rare among middle-schoolers, sexual harassment (e.g., unwanted sexual commentary, sexual rumor spreading) stems from bullying and attitudes dismissive of harassment develop at that age, which is why Espelage’s lab has developed an intervention program for that age group. “If we do not intervene at an early age, we miss a crucial opportunity to discourage both bullying and sexual harassment,” said Espelage. “And with each step to stop bullying, we make a step towards stopping sexual harassment.”

It’s not just students who suffer.

In 2014, Espelage co-authored a paper analyzing survey data from an American Psychological Association study of more than 3,400 teachers and found that a vast majority of teachers endured harassment or bullying, especially based upon the teacher’s race, ethnicity, or gender. “That laundry list of psychological and demographic factors should make it clear that a one-size-fits-all ‘zero tolerance’ approach does not work,” said Espelage. However, teachers are often vilified in news articles about bullying, especially cases that resulted in suicide. While the bully is cast as a disturbed individual and the victim a martyr, the teacher is portrayed as a somewhat more insidious character: the uninterested or oblivious bystander who ignored pleas for help. In reality, it’s not so black and white, said Espelage.

For example, many bullies are also victims of bullying. Espelage and her colleagues in the Lastinger Center are complementing the “trauma-informed” approach already used in Miami-Dade County Public Schools to better respond to violent incidents with the “Restorative Problem Solving” framework. This approach encourages dialogue among all parties rather than relying upon a juvenile justice or delinquency system, which research has shown to disproportionately punish students in marginalized groups.

Such social-emotional learning programs are a key part of Espelage’s activities and outreach. Bullying and harassment do not occur in a vacuum, Espelage said. Bullies are not merely unhappy kids who lash out at others, nor vicious predators who are beyond help. By examining and, perhaps, disrupting the bullying environment, anti-violence programs can actually produce results. The politically motivated “bully police” legislation, she said, does not.