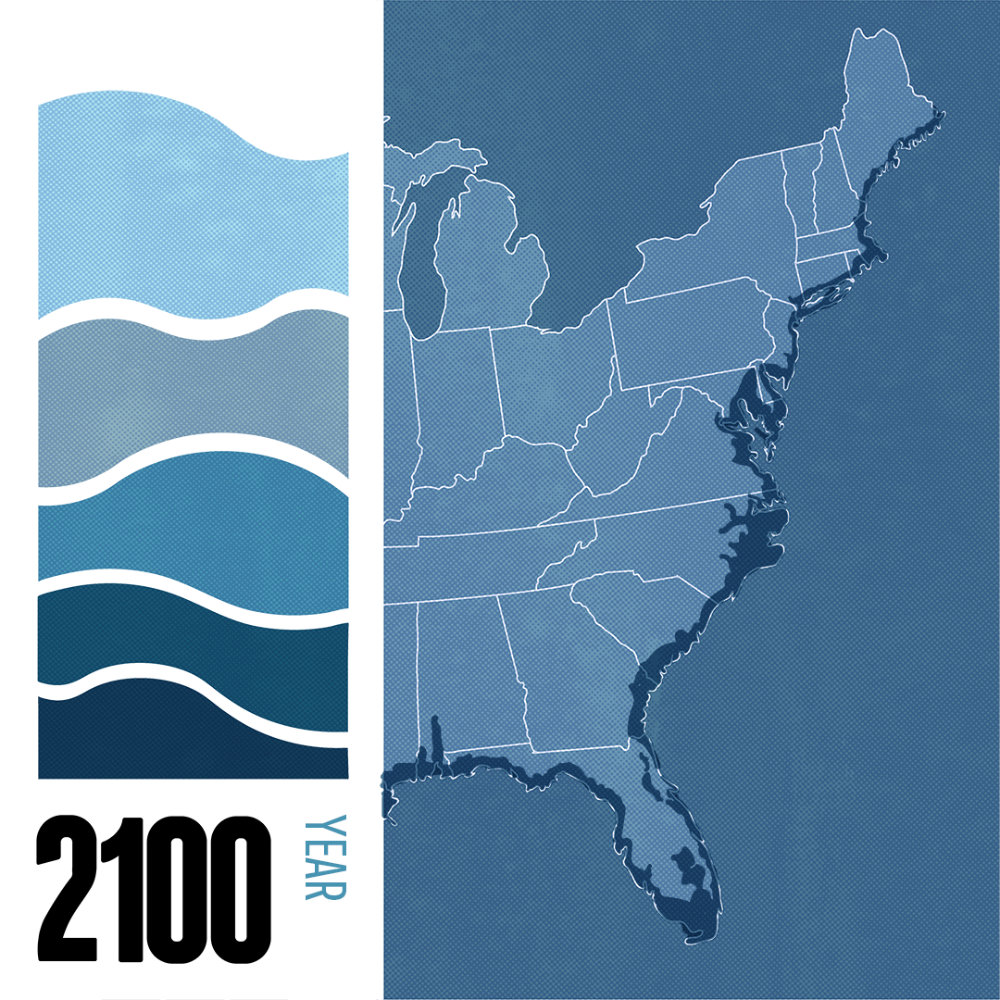 When the Indian River Lagoon on Florida’s Atlantic coast became much saltier after 2011, Arnoldo Valle-Levinson began to investigate.

The UF professor of civil and coastal engineering sciences in the College of Engineering checked local tidal gauges, revealing that seas in the region were rising nearly 10 times faster than the long-term rate recorded in that region. When he reviewed tidal data for the entire eastern seaboard, he found similar numbers for all the tide gauge stations south of Cape Hatteras, revealing the regional extent of the "hot spot."

Sea level rise hot spots — bursts of accelerated sea rise that last three to five years — happen along the U.S. East Coast thanks to a one-two punch from naturally occurring climate variations, according to a new study lead by Valle-Levinson.

After UF scientists identified the hot spot reaching from Cape Hatteras to Miami, they probed the causes by analyzing tidal and climate data for the U.S. eastern seaboard. The study, published online today in Geophysical Research Letters, shows that seas rose in the southeastern U.S. between 2011 and 2015 by more than six times the global average sea level rise that is already happening due to human-induced global warming.

“The important point here is that smooth projections of sea level rise do not capture this variability, so adverse effects of sea level rise may occur before they are predicted to happen,” Dutton said. “The entire U.S. Atlantic coastline is vulnerable to these hot spots that may amplify the severity of coastal flooding.”

The combined effects of El Niño (ENSO) and the North Atlantic Oscillation (NAO), both of which are naturally occurring climate processes, drove the recent hot spot, according to the study. Study authors also discovered similar hot spots at various positions along the U.S. eastern seaboard over the past century. They found that these past hot spots are also explained by the combined influence of ENSO and NAO.

The finding challenges previous arguments that a hot spot north of Cape Hatteras over the past few decades was due to a slowdown of circulation in the North Atlantic, which is itself due to global warming. Instead, study authors discovered the combination of these two naturally occurring ocean-atmosphere processes explained both the timing and the location of hot spots observed along the entire U.S. Atlantic coast, Dutton said.

The authors found that hot spots observed over the past century were created by the influence of ENSO that affects the amount of water that accumulates in the western portion of the North Atlantic and causes seas to rise along the entire U.S. Atlantic coast. This sea level rise is then concentrated to the north or south by the NAO, which is a measure of the atmospheric pressure difference between Iceland and the Azores.

Valle-Levinson said hot spots are difficult to predict and it’s not clear if the hot spots will worsen with time. By decreasing emissions, he said we may be able to stabilize rising seas long-term, but the trend will likely be difficult to reverse.

“It’s amazing to see construction along the East Coast. That’s the worst place to build anything,” said Valle-Levinson, who described the future for some southeastern U.S. cities as “Venice-like.” “We need to understand that the ocean is coming.”

The study was also co-authored by Jonathan Martin, a UF professor of geological sciences in the College of Liberal Arts and Sciences.