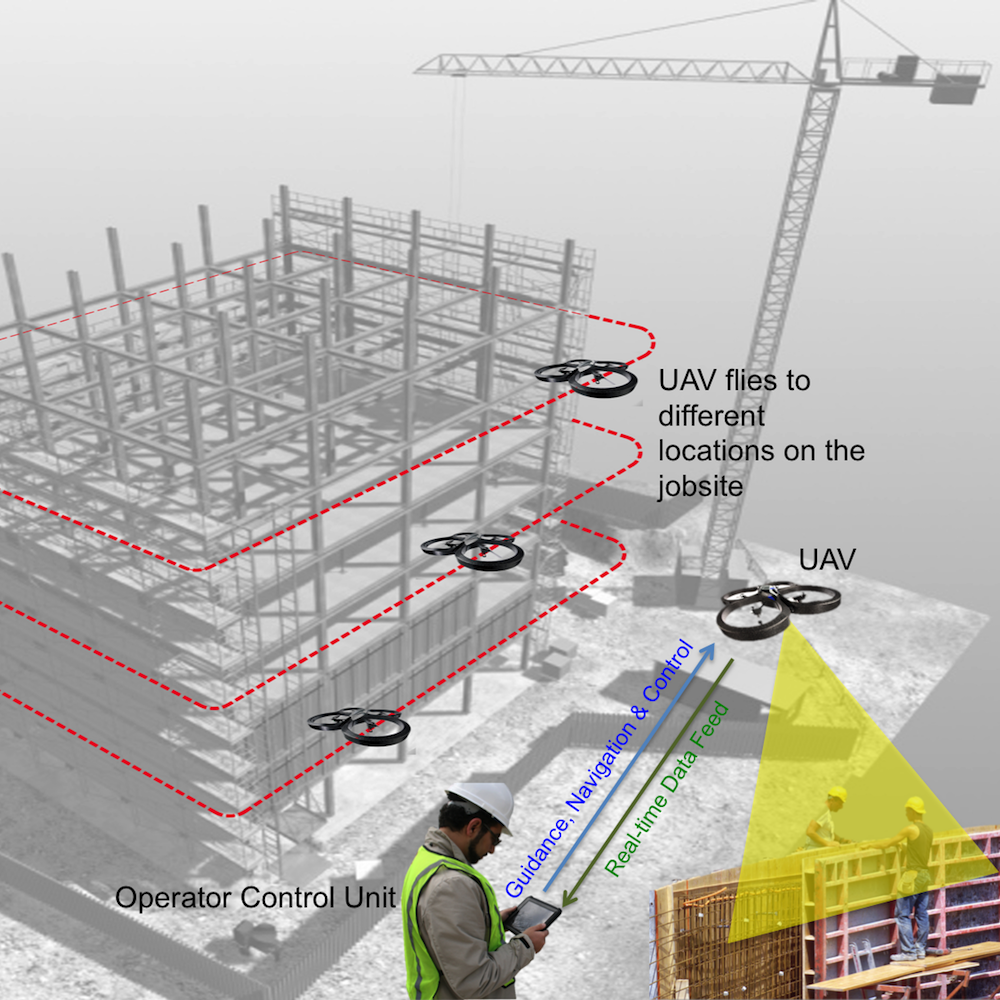 In UF's Human-Centered Technology in Construction Lab, a professor and his students test a new application for unmanned aerial systems.

When Masoud Gheisari envisions the construction site of tomorrow, he pictures squadrons of drones — not replacing workers, but keeping them safe.

On a typical construction project, new dangers arise throughout the day as equipment, people and materials move around the site. Instead of safety managers physically going to each area to identify potential hazards, as they do now, drones could serve as their eyes in the sky. Unmanned aerial systems can also reach inaccessible areas and get to potential trouble spots faster, helping safety managers get the information they need to protect workers.

Gheisari, who leads a human-computer interaction lab at the University of Florida’s College of Design, Construction and Planning, first became interested in the role of drones in construction as a doctoral student at Georgia Tech.

“When I saw these new gadgets that can fly and provide real-time video to an iPhone or iPad, I thought it might be a useful tool for construction, especially for construction safety,” he said.

While widely used in civil and transportation engineering, drones in construction are typically used to inspect facades or monitor a project’s progress. That will likely change as loosened regulations, lower costs and easier operation make unmanned aerial vehicles viable for widespread use, Gheisari said. 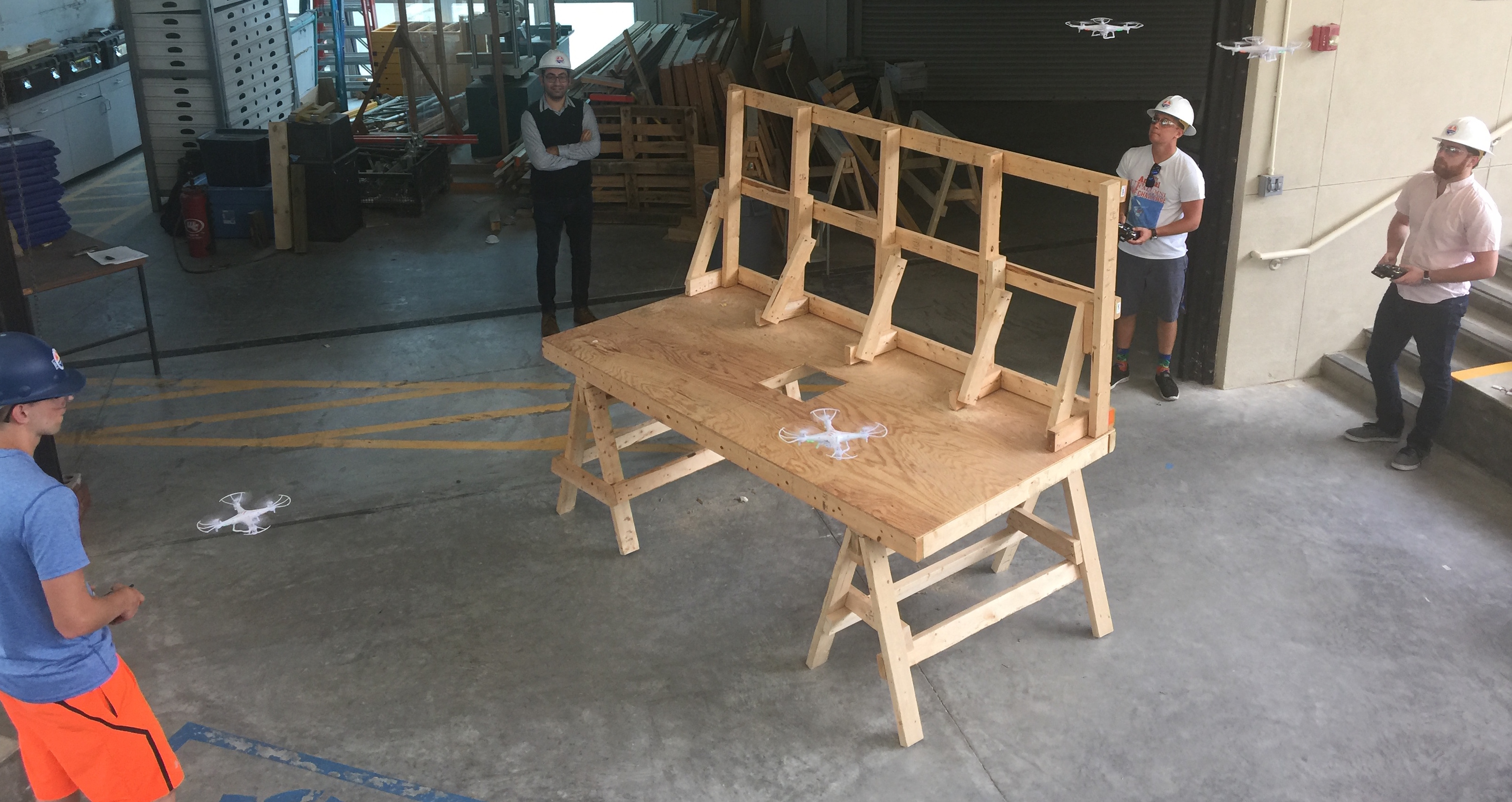 Working with University of Nebraska engineering professor Behzad Esmaeili, Gheisari evaluated existing studies and conducted interviews and surveys to identify the top three areas where drones could be most effective in construction safety: around booms and cranes, next to edges and openings, and in the blind spots of heavy equipment. Some challenges remain, however, before drones become as ubiquitous as bulldozers on construction sites. Construction professionals have raised concerns ranging from liability to privacy – topics of future studies for Gheisari and his colleagues.

“It’s not just the technological implications we need to look into,” he said, “but the social, legal and financial factors as well.”